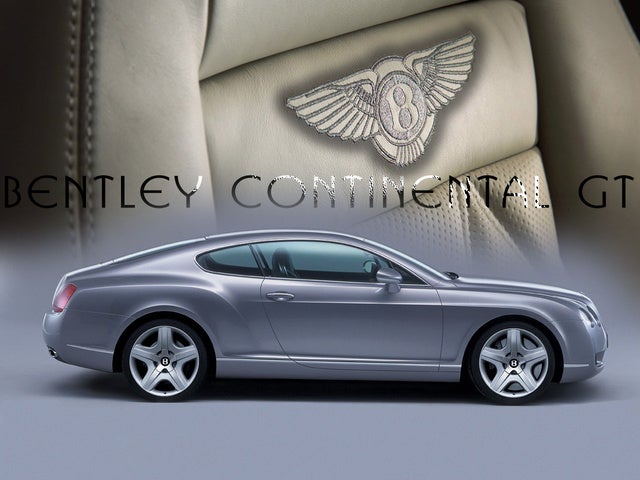 When a “refresh” encompasses changes like those in the 2012 Bentley Continental GT, you start wondering why you plunked down your quarter-million only last year. Not that anything done to the '12 Continental GT is that substantial – a bump here, a bit of smoothing there – but it’s a collection of changes that add up to enough to make you feel a bit cheated. With power upgrades, a new stereo and suspension changes, questions abound. Did they just cut corners and rush the model initially? Why not a whole new model instead of this refresh? The visual adjustments are welcome, too, but bring with them the same issues. Is any of it really worth re-upping for the new version? Let’s take them in turn.

To start, Volkswagen took its 2-door Phaeton chassis and shaved 143 pounds – mostly by replacing crucial suspension bits with aluminum. Hard to imagine that making much of a difference in a 2-ton car, but weight saved at the corners makes a big difference, and testers have reported a more sporting feel to the big Bentley, despite the light steering so common to entrants in this luxury segment. This is helped by a bit of tuning to the suspension and dampers, and it seems to have worked.

More sport was injected into the twin-turbo, 6.0-liter W12 engine as well, in the form of 15 extra hp and 37 extra lb-ft of torque for totals of 567 and 516, respectively. No difference in performance figures from the bump, but testers have reported a seat-of-your-pants improvement. Bentley has also turned its tuning forks on the ZF 6-speed automatic transmission, reducing cog-swap time by half and allowing for double downshifts that will skip a gear for more immediate power delivery in the beefiest part of the power band. However, there is still downshifting reluctance when not in the optional “Sport” mode – an annoyance one shouldn’t have to tolerate at this price range.

While the Bentley is still fitted with its Volkswagen AWD system, the torque bias has been shifted to a 40/60 split for a more aggressive feel compared to the even break on previous model years, and it’s a welcome change. The Continental has always been plagued with VW parts threatening to cheapen its feel, but no such penalties here. In fact, VW components have been dropped from the interior as well, and a new multifunction steering wheel is the first thing you’ll notice. After that, shift your gaze past the iconic organ-pull switches and analog clock to the newly standard $7,000 Naim audio system. It’s not the best premium system available, but it does just fine here in the coupe.

Outside there’s more of the same, with revised styling that sharpens corners and tightens edges. The biggest change is in the truncated rear, but don’t overlook the LED lights front and back or the larger grille fitted with new mesh top and bottom.

In all, these changes are almost enough to make you forget the new, direct-injected, Audi-shared, 4.0-liter V8 that Bentley is offering this year. It’s part of the company's new “green” commitment and promises to emit 40 percent less CO2 than the 6.0-liter beast. Sadly, the changes are not enough to make you forget the money you spent on your 2011 Continental. Expect a lot of sad faces around Beverly Hills this year.

What's your take on the 2012 Bentley Continental GT?

Have you driven a 2012 Bentley Continental GT?
Rank This Car

How Much To Repair The Front Air Suspension On A 2012 Bentley Continental G...

Hi i have bentley continental gt 2012 after replacing new battery, there are no sound for my head unit mine is with naim sound sytem

Cost For Service On A 2012 Bentley Continental Gt

Front Floor Mats Are Held Down With Two Silver "buttons". How Do You Get T...