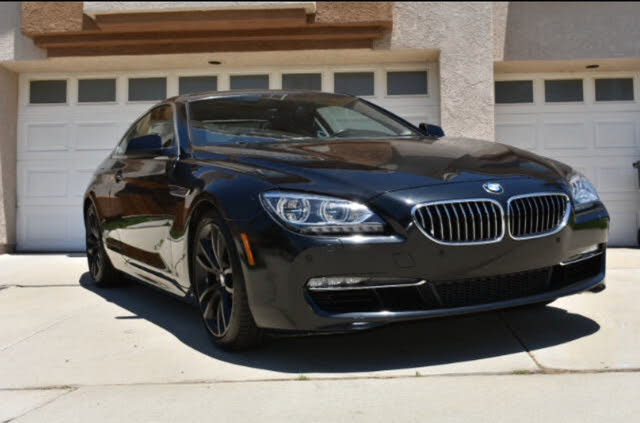 Longer, wider and heavier, the 2012 BMW 6 Series somehow manages to avoid looking like any of the three. Serious styling attention has been paid in small increments that add up to a much more svelte-looking 6 Series despite gaining 3 inches in length and 1.5 inches in width and carting around a portly 4,500+ pounds. While that sounds heavy, BMW has tried to keep things in check with aluminum doors, hood and front suspension mounts as well as composite front fenders, roof and rear decklid.

Designed under the managerial guidance of BMW’s VP of Design, Adrian Van Hooydonk, the new 6 Series has been shaped and sculpted to remove some of the bulbous visual heft of the previous generation, sharpening and scalloping the flagship of the BMW lineup. It blends elements of the CS concept that inspired so much vitriol, combined with elements from its 5 and 7 Series stablemates.

While the design changes are welcomed, the adjustment whetting everyone’s appetite is the new mill sitting below the swooping hood: a 4.4-liter, twin-turbo V8. Adding 40 hp to the previous generation’s total, the new lump offers 400 hp through almost 1,000 rpm of the rev range – 5,500 to 6,400. The equally impressive 450 lb-ft of torque stick around between 1,750 and 4,500 rpm, easily handing off the baton once those twin turbines spool.

Inside, you’ll choose to apply that power through a new 8-speed double-clutch automatic or a traditional three-pedal 6-speed manual. Fitted into the new interior design, either choice will slot into a driver-centric layout that points you physically and visually toward the horizon, as opposed to the offset arrangement more traditionally utilized in car design. Savvy fans will recognize this from the Vision ED concept paraded about not too long ago, and here it’s implemented even more gracefully.

Seats get similar attention with standard 20-way multi-contour adjustability, including lumbar as well as integrated seatbelts and optional venting. The infotainment system is now centered around a 10.2-inch HD LED screen that stands bolt upright from the dash, contrasting the shoehorned look of the previous generation and boasting the new, fourth generation of iDrive as standard.

As expected from a flagship GT car, the technological wonder is not in short supply. BMW’s Dynamic Damper Control system adjusts the front double wishbone and rear multilink suspension on the fly, while optional Active Roll Stabilization will work in concert to keep things flat during hard cornering. You’ll also get standard Driving Dynamics Control, which allows you to adjust throttle and steering response, suspension damping, stability control and automatic transmission shift response through Comfort, Normal, Sport and Sport+ modes. At the top of the tech options, Integral Active Steering will involve the rear wheels in the steering process, counter-steering at low speeds for a shortened turning radius and steering in tandem with the front wheels at speed for increased maneuverability and roadholding.

The pricetag may be the heaviest thing about the 6 Series, which starts at $83,875 for the coupe and $91,375 for the soft-top convertible, which comes with a power rear window. But keep eyes peeled for an M6, which is reported to be arriving very soon.

Users ranked 2012 BMW 6 Series against other cars which they drove/owned. Each ranking was based on 9 categories. Here is the summary of top rankings.

What Is Up With Transmission Type?

Bmw 650i Convertible Only

I would like to buy a 2012 650i BMW. CURRENTLY THE PRICES are higher then I desire to pay. How much can I expect he prices to go down this fall?