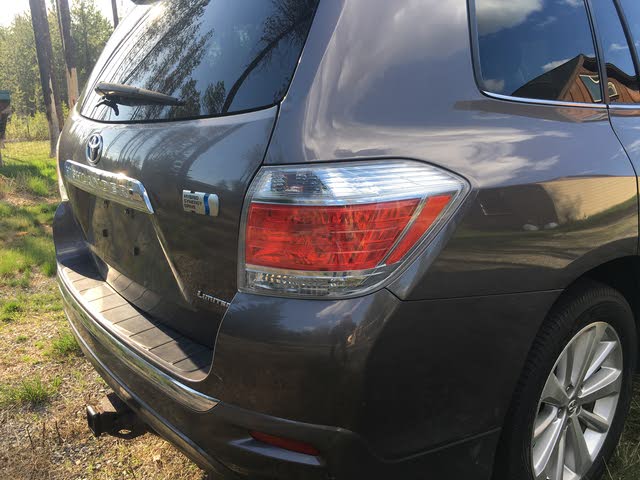 Toyota ups the ante with its 2011 Highlander Hybrid. The environmentally friendly version of the automaker’s popular midsize crossover gets even better fuel mileage than it did in 2010, and yet the vehicle has more power. A third-row seat now comes standard, making it a rare seven-seat hybrid and adding to its appeal for larger families, or for those who often have cousins or buddies in tow.

A couple of caveats carry over to the 2011 Highlander Hybrid from earlier years. Its fuel economy continues to come at a price. The Hybrid’s starting point of about $38,500 for the Base trim is almost $7,000 higher than that of a gas-powered Highlander, also in Base trim. As opposed to recovering the difference in purchase price in their fuel savings, Hybrid buyers then must be content in the knowledge that they are doing right by the environment – an admirable pursuit, to be sure - while having to make fewer stops at the gas pumps.

The 2011 gas-electric Highlander Hybrid picks up its added power thanks to a new 3.5-liter V6 engine that takes the place of its previous 3.3-liter. The V6 teams with a pair of electric motors, one in the rear and one in the front, that bring the overall horsepower to 280, an increase of 10 hp over last year’s model. A third electric motor works as the engine starter. The system joins with a continuously variable transmission that is designed to make the most of the Hybrid’s assorted power sources. The Hybrid does not require a plug-in charger.

The 2011 Highlander Hybrid features a couple of driving options engineered with fuel economy in mind. An “Econ” mode, controlled by a switch on the center console, keeps the throttle in check while accelerating, which improves fuel economy and is best used in stop-and-go traffic. “EV” lets the Highlander Hybrid run on electric power only, limited to lower speeds and to distances under a mile.

Toyota delivers the 2011 Highlander Hybrid, which comes in Base and Limited trims, in four-wheel drive (4WD) only. While gas-powered Highlanders can be used off the beaten track, but are not for serious off-roading, Toyota states clearly on its website that, “The Highlander Hybrid is not designed to be driven off-road.” The Hybrid is rated to tow 3,500 pounds.

The Base Highlander Hybrid comes standard with an eight-way powered driver’s seat, air conditioning with rear climate control, and a CD audio system that features MP3 capabilities as well as iPod connectivity and Bluetooth wireless technology. The Limited gets heated driver's and front passenger seats, a moonroof, three-zone climate control, and leather interior.

The Highlander Hybrid received some styling tweaks for 2011 and has a slightly different grille and front bumper than the gas-only models and has vertically stacked foglights and blue-tinted headlamps and taillamps. But for the most part it matches up with the gas versions when it comes to standard features and options, and that’s a good thing. All the Highlanders, Hybrid and gas-powered, gain good marks from reviewers in performance and ride comfort and are especially noted for their interiors.

What's your take on the 2011 Toyota Highlander Hybrid?

Have you driven a 2011 Toyota Highlander Hybrid?
Rank This Car

2011 Toyota Highlander Hybrid, What Kind Of Mpg Does It Get?