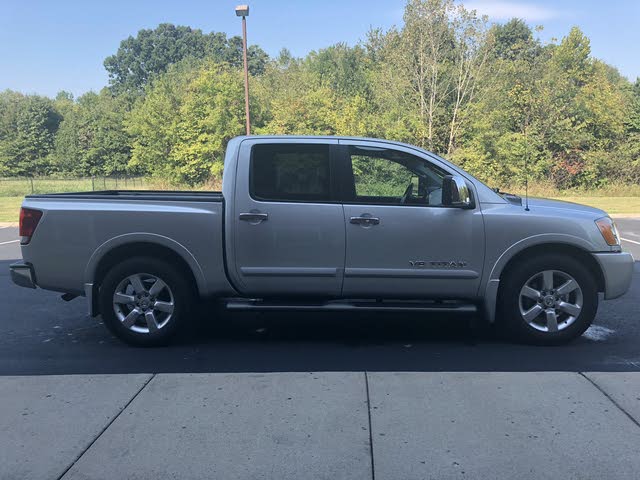 The 2011 Nissan Titan offers a roomy cabin and a smooth engine for a full-size pickup.

Too expensive, too weak, too stiff and too old are heard all too often with the 2011 Nissan Titan.

Nissan has simply missed the boat here, and it's off its rhythm. Even if it had come out with the refresh this year – which was slated to be based on the Ram platform – it would just be catching up, allowing competitors to pull ahead yet again. With a pricetag that surpasses its rivals' and a towing capacity that doesn’t, it’s better to spend your money on another full-size pickup that’ll haul more, cost less and offer more in the way of features and comfort.

Despite rumors (and desperate need) of a model refresh for the Nissan Titan in 2011, it arrives with new trim level names and some options-package shuffling as the only changes. Quite the disappointment, as the Titan has fallen far from the perch it occupied upon its introduction. In 2004 it announced its presence with authority and won praise throughout the industry. Now seven years hence, the ripples have long since calmed, and the echoes of upset can no longer be heard. What was impressive, then, is tired and in need of fresh life. Unfortunately we won’t see it for a few years yet.

For now, the Titan offers V8 power with a 5-speed automatic in S, SV, SL and PRO-4X trims in your choice of King and Crew Cab configurations. You’ll also get to choose between 5.5-, 6.5- and 7-foot bed lengths, depending on your cab choice, with all but the PRO-4X being available in rear-wheel or four-wheel drive. 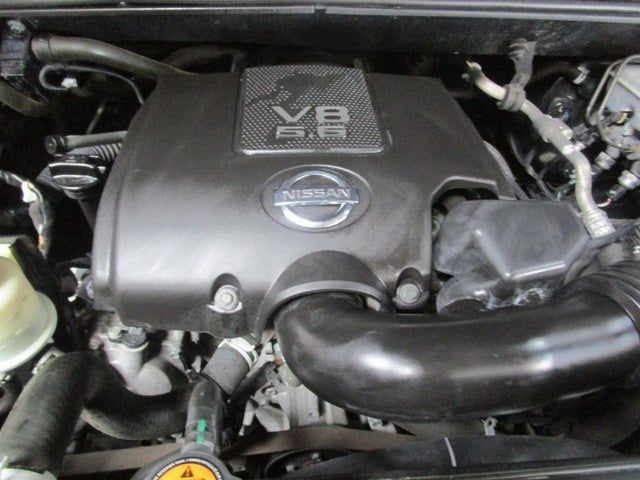 Keeping things nicely uncomplicated, the Titan offers a single drivetrain option – a 5.6-liter V8 paired with a 5-speed automatic transmission. 317 hp and 385 lb-ft of torque available as low as 3,400 rpm add up to a very useable maximum towing capacity of 9,500 pounds in a smooth-revving and very powerful engine. When it debuted, it was one of the most powerful in the class, but time has shown how attitudes change, and the Titan is no longer the Titan it once was. While 9,500 pounds sounds formidable, it’s a big disappointment considering you can saddle up a F-150 for almost 4 grand less and get a maximum towing capacity of 11,300 pounds. If you think that’s a stark difference, look at hauling. While the Titan can truck around 2,000 pounds in the rear, the cheaper F-150 has no problem with 8,200 – more than four times the Titan's capacity.

What’s worse, the transmission has a noted tendency to avoid downshifting when more power is needed. Heavy coaxing will nudge it into a lower gear, but it’s an annoying quirk of a rapidly aging design. Sadly, we can’t even point to fuel economy as the reason the Titan scores near the bottom of its class. 13/18 mpg is the best you’ll do, and that’s with RWD. 4WD will drop it to 12/17, and while the Titan is E85 compatible, choosing that option at the pump will drop economy to 9/13 and 8/12 in RWD and 4WD configurations. Simply abysmal.

Again, the refreshes competitors have enjoyed in the time since the Titan’s debut have produced a marked gap. While the Titan handles appropriately for a big pickup, with all the skittery stiffness you’d expect, competitors like the Silverado, Ram and F-150 have been paying attention to their suspensions of late, and their offerings can tow more while still managing to feel more car-like than the Titan. Strange to compliment a truck for its car characteristics, but it’s exactly what’s missing here. Without an update, the Titan is simply being left behind.

As truck manufacturers continue to mimic the car experience, the Titan continues to be left behind. While it used to be expected and accepted that a truck wouldn’t have the comfort or convenience of a car, it’s no longer the case. Competitors have loaded their offerings with features usually found in luxury cars, often as standard equipment, whereas the Titan just can’t compete.

Comfort is the same, with Ford and Dodge receiving special praise of late for advancements in rear-seat comfort especially, and the Titan’s skimpy rear accommodations seem even more plebian in comparison. The Titan does nothing wrong, its competitors just do it better. In the front, go with the bucket seats rather than the bench offered in the lower trims, it’s a big upgrade for comfort. While the lower trims are modestly appointed, the SL finally offers some class and luxury to compete with rivals. Dual-zone automatic climate controls, leather, heated seats and Rockford Fosgate stereo are all standard here.

While the National Highway Traffic Safety Administration (NHTSA) has yet to test the 2011 Titan under its new standards, the Insurance Institute for Highway Safety (IIHS) has weighed in, giving the Titan its top rating of Good for frontal and rear impacts and its second-worst rating of Marginal for side impacts. Not a great showing.

While the Titan was formidable when it first appeared, owners are getting tired of paying more for less. Complaints come not in the form of what the Titan lacks, but what competitors offer, with the Titan seeming too stiff, too old and too tired in comparison. The downshifting reluctance of the transmission gets weary, as does its too-loud exhaust, but overall owners are happy with their Titans, if not its cost and anachronistic qualities.

Users ranked 2011 Nissan Titan against other cars which they drove/owned. Each ranking was based on 9 categories. Here is the summary of top rankings.

Have you driven a 2011 Nissan Titan?
Rank This Car

Turns Over But Wont Start

My 2011 nissan titan will turn over but wont start. What is the cause?

Where Are Old Listings

Truck starts up good but has no power to drive. Only goes 10mph

Nisan Titan, Heat Control (water) Valve. We All Know The Problem, Last Nigh...

Question is, does anyone know if or where I could get the black cog without the 120-150.00 worth of parts I don't need.