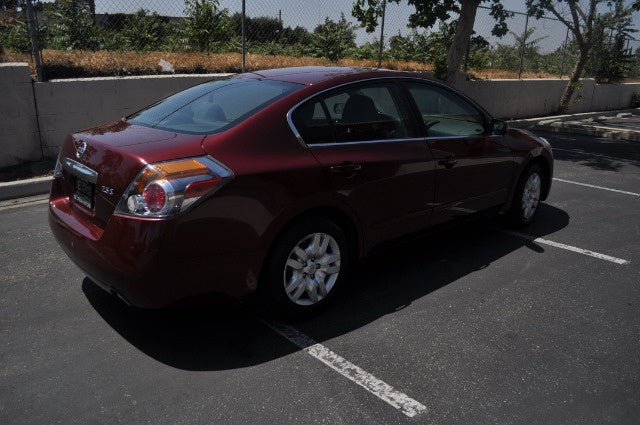 The 2011 Nissan Altima has an attractive interior, a competent continuously variable transmission, and a suspension that offers a pleasant compromise between comfort and performance.

Noisy engines, lackluster performance from the four-cylinder and hybrid engines, and a too-high price for the Hybrid significantly hurt the 2011 Altima’s versatility.

The 2011 Nissan Altima is in a tough position, forced to compete with the Accord, the Camry, the Fusion, and the Malibu. While the Altima has enjoyed a near-perpetual third position amongst its colleagues, improvements to the Fusion and Malibu have begun to make the Altima feel even more dated than it already did. With a redesign coming in 2013, you’d be smart to hold off and see what the competition is like two years hence.

Nissan’s midsize Altima sits nestled between the Sentra and the Maxima and sees limited changes for 2011 after a mid-cycle refresh in 2010. In addition to three new exterior color options (Metallic Slate, Saharan Stone, and Brilliant Silver), it offers a new option package and wheel option for the 2.5 S trim. A Special Edition Package adds a leather-wrapped steering wheel with audio controls, fog- and automatic headlights, and alloy wheels, which have also become a standalone option for this trim. Otherwise this front-wheel-drive, four-door sedan remains the same, offered with four-cylinder, six-cylinder, and hybrid powertrains.

Since its inception and introduction in 1993, the Altima has been produced in the U.S. Initially production was handled solely by Nissan’s Smyrna, Tennessee, plant, but since 2004 Nissan has employed its Canton, Mississippi, plant to handle its additional Altima needs. 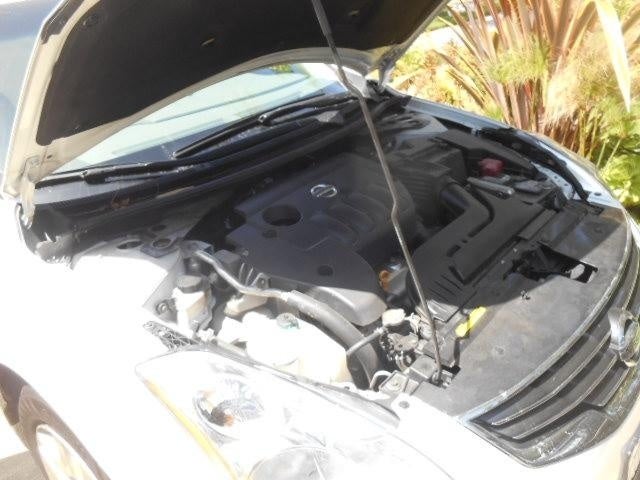 The 2.5 and 2.5 S trims are powered by a 175-hp, 2.5-liter, four-cylinder engine that is part of the QR series of Nissan engines. This engine in particular has been plagued by issues throughout its lifespan, although Nissan claims to have fixed these in its newest iteration. The 2.5 is an aluminum engine with DOHC design and variable valve timing. Its 175 horses arrive at 5,600 rpm and are joined by 180 lb-ft of torque that precede it at 3,900 rpm. While the continuously variable transmission (CVT) does its best to manage power delivery here, the 2.5 still offers a pronounced pause from a standstill. Once motivated, the 2.5 seems to handle most situations well, struggling only at higher speeds when moving a full load. Sadly, anything other than relaxed cruising produces a harsh, unpleasant roar from under the hood that permeates easily into the cabin.

The 3.5-liter six-cylinder in the 3.5 SR trim does little better. While distinctly more powerful, especially from a stop, it has the same unrefined resonance that impedes enjoyment, despite being voted to Ward’s 10 Best Engines list numerous times. It has an aluminum block and heads, DOHC design, and variable valve timing. It produces 270 hp at 6,000 rpm and 258 lb-ft of torque at 4,400 rpm, and the power increase is noticeable over the 2.5.

With the recommended regular-grade gas, the 2.5 returns 23/31 mpg, while the 3.5 manages an impressive 20/27 – a small penalty for such a massive power increase. Still, if it’s efficiency you’re aiming for, look to the Hybrid trim with its 2.5-liter gasoline engine teamed with an electric motor. It’s slightly slower than the straight-gasoline 2.5, but not annoyingly so, and manages 35/33 for a major upgrade in around-town efficiency, but only a small increase on the highway. That said, noise is even more intrusive and coarse here, seriously detracting from driveability.

The longer wheelbase of the Altima sedan versus the Coupe increases composure both in a straight line and in the curves. Its suspension, while firm, manages to avoid being overly stiff so as not to send notification of every bump and ripple in the road. Body lean is present but not obtrusive, allowing mildly spirited cornering that surprises in a family sedan. The sport suspension in the 3.5 SR is more capable still, although some additional bump resonance will be felt, especially in hard cornering. Roll and lean are combated well here, however, especially when tackled with a full passenger load.

Steering is weighted nicely, with a direct feel that doesn’t come across as abrupt regardless of speed. The same can’t be said of the braking system, which could use pedal modulation in order to avoid complaints about irregular input through the pedal. That said, the Altima stops quickly and confidently with little other pomp or circumstance.

Controls and gauges are the runaway strong suit of the Altima, with classy and accessible controls that are easy to read and reach alike. The weak point is the navigation system, and even this is steps above the competition, with audio control absorption and navigation controls that are almost intuitive. Materials are likewise of high quality and design, although some have complained about a lack of visual variety. Some testers have mentioned vehicles that seem to be plagued with poor assembly, however, so watch for lemons.

Seats are comfortable and supportive up front and tolerable in the rear, unless you’re taller than 6 feet. In fact, taller drivers will find headroom lacking in the front as well, not to mention legroom, forcing them to move the seat down and back, virtually eliminating rear-seat room. The 3.5 SR trim gets an 8-way power driver’s seat that is a nice upgrade, but does little to fight space issues. A tilt/telescoping steering wheel does help slightly.

The 2011 Nissan Altima starts out well-equipped when it comes to safety features, with front, front-side, and curtain-side airbags, antilock four-wheel disc brakes, and stability and traction control. The Hybrid trim additionally gets brake assist, which will recharge the batteries through regeneration.

NHTSA test results have yet to be released for the Altima in 2011, due to a change in testing procedures. Results for the 2010 show five-star ratings for all but frontal crashes, which earned four stars. 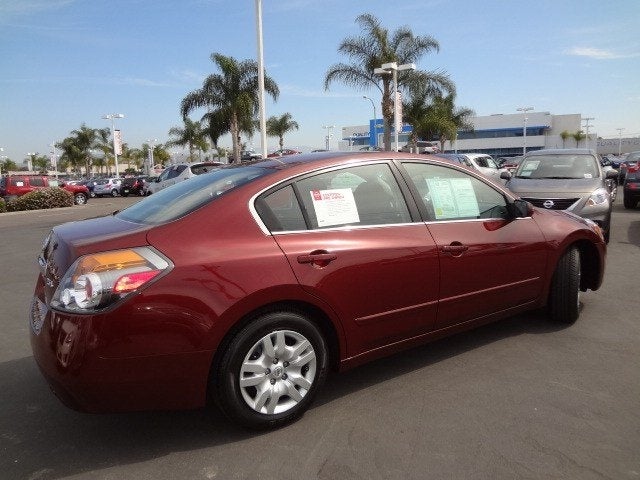 The 3.5-liter six-cylinder and CVT combo has been a winner, even with its excessive engine noise and the fact that most Altimas are sold with the 2.5-liter engine. The suspension has been a high point of the vehicle, both in the 2.5 and 3.5 trims, but the interior has received the most praise by far. The Hybrid could use some adjustments, however, both to its too-high price point and its lack of either impressive performance or efficiency.

Users ranked 2011 Nissan Altima against other cars which they drove/owned. Each ranking was based on 9 categories. Here is the summary of top rankings.

Have you driven a 2011 Nissan Altima?
Rank This Car

No Sound From Radio

No sound from radio

I have a 2011 Nissan Altima 2.5 s and when I start my vehicle in the morning it's really loud for about a minute and a half and then the RPMs drop below 1 a couple of people that I know have said i...

J- asked a 2011 Nissan Altima 2.5 Maintenance & Repair question about a year ago

I have a 2011 Nissan Altima and i hear that the CVT transmissions in these cars are pretty unreliable. The manual suggests changing the fluid after 60k miles and i have heard other places that this...

Why Is Does My Car Continue To Sputter And My Check Engine Light Wont Turn ...

My name is Lisa I have a 2011 Nissan Altima I change the injector 3 times it kept reading the same injector now they are telling me that it is the throttle body but I don't believe it's that th...