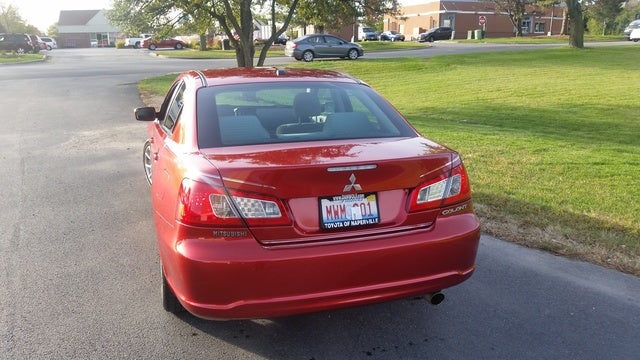 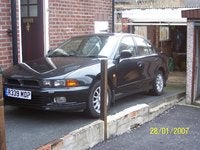 Every dinner party has at least one guest who shows up late and hangs around until the hosts have to start dropping hints. The same can be said of the 2011 Mitsubishi Galant – a distinctly unremarkable sedan which, after seven long years, has come to define mediocrity in America’s most popular passenger car segment.

In those seven years since its last facelift, the Galant has had sporadic moments of self-realization. The recently dropped Sport V6 and Ralliart variants injected a great deal of testosterone into what was otherwise a dull family midsize. Having personally owned two Mitsubishi vehicles, I am also very much in step with the automaker’s tradition of well-tuned, high-revving engines. However, both 2011 Galant trim levels – the ES and SE – share the same lackluster 2.4-liter four-cylinder heap, which puts out only 160 hp.

Adding injury to insult, Mitsubishi castrated what was left of the Galant by making a four-speed automatic the only available transmission across both trim levels. The result is less-than-adequate fuel economy, with EPA estimates of 21/30 mpg, and engine performance that is merely adequate for everyday driving.

Of course knowing the carmaker’s penchant for performance, this four-pod may serve up a sporty roar if pushed to the red line. But don’t be fooled; this posturing is simply an echo of the Galant’s former days of glory and will not translate into sporty behavior. At roughly 3,400 pounds – a bit heavy for the class – the power-to-weight ratio works against the Galant in off-the-line takeoff. Once under way, the car’s steering and suspension should provide decent feedback and a fairly responsive ride. All it means is that you will feel confident driving the Galant in most conditions, but will not be setting any drifting records in your local parking garage.

The car’s styling is nothing to brag about, either. The exterior lines look choppy and inconsistent. The smooth taillights are just as foreign to the sharp, edgy front fascia as they are to the rest of the car’s angular form. This trend continues into the cabin, where the steering wheel does not extend telescopically and most of the controls, while easily accessible, lack in elegance and utility.

That said, the Galant is pretty roomy, the seats are comfortable, and the trunk is sufficiently ample, offering 13.3 cubic feet of cargo space. But even here Mitsubishi shortchanges the Galant by making the rear seats permanently upright. That’s right; you can not fold them down to boost cargo capacity – a gross oversight that tops an already long list of disappointments.

In a desperate attempt to save face, the Galant makes a generous offering of standard features. The entry-level ES comes with all things power, cruise control, and a 6-speaker sound box with auxiliary input for your media player. The SE ups the ante with a reverse camera, automatic climate control, self-dimming rear-view mirror, a pair of foglights, heated seats along with an eight-way power driver seat with lumbar adjustment, an onboard GPS system, Bluetooth, a much more impressive 6-CD audio system with satellite radio, and a power sunroof. The SE also rides on 18-inch alloy wheels and comes with a rear spoiler. Not bad.

Still, the 2011 Mitsubishi Galant is beyond redemption. Devoid of class and segment-worthy functionality, the Galant is a car that’s begging for an update. It’s also emblematic of the automaker’s ongoing brand transition, which promises to bring an array of new, highly competitive Mitsubishi models to our shores in the coming year. But until that time, the 2011 Galant will remain a tardy Japanese source-back that just can’t seem to leave the party.

What's your take on the 2011 Mitsubishi Galant?

Have you driven a 2011 Mitsubishi Galant?
Rank This Car

My 2011 Mitsubishi Galant has the traction control lights on along with the service engine soon light on. Does anyone know what exactly may be causing this?

So my cruise control just recently gave out on my 2011 Mitsubishi Galant. It was malfunctioning for a bit (I could turn it on and off and eventually it would come on) Now when I try to turn it on, n...

What Does The Code P1580 On Mitsubishi Gallant

What Grade Of Gas Can Be Used

Can you use regular unleaded unleaded plus are premium