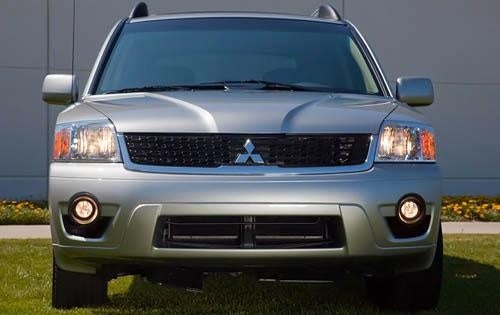 The 2011 Mitsubishi Endeavor generally scores good marks in the compact crossover market for its looks as well as the way it handles, but it has never really caught on in a big way. Reviewers find it capable, but not outstanding.

While it seats five and offers plenty of room for that group and its gear, many other crossovers in the class seat more with a third-row seat. The original intention was basically that the Endeavor would replace the Montero in the Mitsubishi lineup, but that rig had seats for seven. The 2011 Mitsubishi Endeavor also suffers in comparison to the company’s Outlander, which is almost as big, handles better, does have that third-row seat, and comes in with a lower pricetag.

A 3.8-liter V6 powers all three trims – LS, SE, and SE AWD – of the 2011 Mitsubishi Endeavor. The engine puts out 225 hp with 255 lb-ft of torque and is teamed with a four-speed automatic transmission that can also be shifted manually. The LS and SE come standard with front-wheel drive. The SE also has the all-wheel-drive option. The front-wheel-drive trims get 15 mpg in the city and 21 on the highway, and the AWD rates at 15 and 19.

The Endeavor features a comfortable ride. Those looking to make a habit of getting off road, though, will likely want to look elsewhere. The base LS trim provides Bluetooth, a six-way adjustable power driver’s seat, a 140-watt CD/MP3 sound system with six speakers, and 17-inch alloy wheels.

The SE bumps up the offerings all over the place, with a driver’s seat powered eight ways and a 650-watt-maximum Rockford Acoustic Design audio system. It comes with heated front seats and side mirrors, leather seats, heated power mirrors, a towing package, and rides on 18-inch wheels. A navigation and sunroof package is now available for the SE AWD.

Dual front, front-side, and curtain-side airbags are among the safety features of the 2011 Mitsubishi Endeavor. So, too, are antilock four-wheel disc brakes with an antiskid feature and a stability control system.

What's your take on the 2011 Mitsubishi Endeavor?

Have you driven a 2011 Mitsubishi Endeavor?
Rank This Car

How Can I Permanently Disable Car Alarm?

The remote part of our key no longer works, so we manually lock it (with a key or by hand). When we go to open it with a key, the alarm goes off until we put the key in the ignition and turn the eng...

48.000 miles the car is losing oil not burning it or dripping on the floor I can not go 3.000 miles with out adding oil between oil change

301 views with 2 answers (last answer about a year ago)

I have a 2011 Mitsubishi Endeavor. I've been having problems with jerking when accelerating. Once I hit around 40 it stops but if I have to stay under 40 you can feel it like surging the whole t...

How Do I Calibrate Sunroof