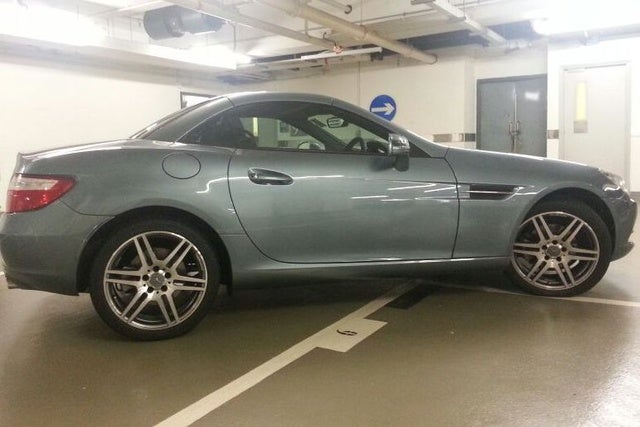 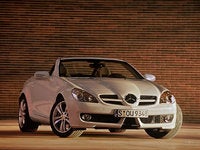 Despite rumors to the contrary, and much to the disappointment of those eagerly awaiting an upgrade, the SLK will not receive a new powerplant in 2011. In fact, the news gets worse from there, as the high-performance, V8 AMG SLK55 has been discontinued until a new engine is developed.

Still, it’s not all bad news for the two-door, rear-wheel-drive compact roadster, as the AMG aerodynamic cues that were previously part of the optional Sport Package have been made standard on the two remaining trims – the SLK300 and SLK350 – and the SLK350 will also receive new 18-inch wheels. The aforementioned Sport Package will still be needed in order to enjoy the steering-wheel shift controls and the sport suspension, but most SLKs are expected to be shipped with these already installed.

The SLK-Class also enjoys Mercedes’ “mbrace” telematics system as a standard feature for 2011, allowing you to operate door locks through your smartphone. Otherwise, the model remains unchanged here, with the two trims each featuring a distinct powertrain.

The base SLK300 trim starts with a 3.0-liter, 90-degree V6. This is the E30 version of the Mercedes M272 engine, which sports an aluminum block, DOHC aluminum heads, and silicon/aluminum-lined cylinders. The pistons themselves are also aluminum, although here coated with iron for durability. A magnesium intake manifold saves additional weight, and variable valve timing allows variance of up to 40 degrees on intake and exhaust.

As high-tech as this all sounds, the E30 M272 offers only 228 horsepower at 6,100 rpm and 221 lb-ft of torque at 2,700 rpm. These simply fail to impress anymore, especially when the SLK300 will return an EPA-estimated 18/26 mpg with the six-speed manual transmission or 19/26 with the seven-speed automatic. And even that requires premium-grade gasoline. No, the better bet is the E35 version of the same engine, offering all of the above except with integrated sequential multipoint fuel injection and ignition, an additional half a liter, and 300 horses available at 6,500 rpm. Torque is upgraded as well with 265 lb-ft, although it doesn’t make its appearance until 4,900 rpm. Still, with these upgrades and attached to the seven-speed automatic – the only available transmission – fuel consumption barely changes, delivering 18/25 on premium gas.

Apart from powertrains, the SLKs are visually almost interchangeable and offer the same interior features and options. The retractable hardtop raises and lowers with a 22-second wait that begins with a button push. The leather-lined cabin offers height-adjustable bucket seats, a leather-wrapped tilt and telescoping steering wheel with radio controls, and a 6-CD changer with Bluetooth. Dual front and side airbags are joined by knee airbags, and safety is further assured through traction control, an antiskid system, roll bars, and four-wheel antilock disc brakes. The 11.8-inch front discs are ventilated, but the 10.9-inch rears are solid units in the SLK300. The SLK350 instead receives 13-inch front vented discs and 11.4-inch rears, here grabbed by four- and two-piston fixed calipers, respectively.

So it looks as though Mercedes is trying to fool us by making their lower-level SLKs looks as much like their AMG-tuned compatriots as possible, but we’ll have to wait a bit longer for the real thing. In the meantime V6 power will have to satisfy, a feat becoming increasingly difficult in an industry that doesn’t consider 300 horses from a V6 much of a triumph anymore.

What's your take on the 2011 Mercedes-Benz SLK-Class?

Have you driven a 2011 Mercedes-Benz SLK-Class?
Rank This Car

Any Warranty On Car Purchased

Do your car have a warranty ?