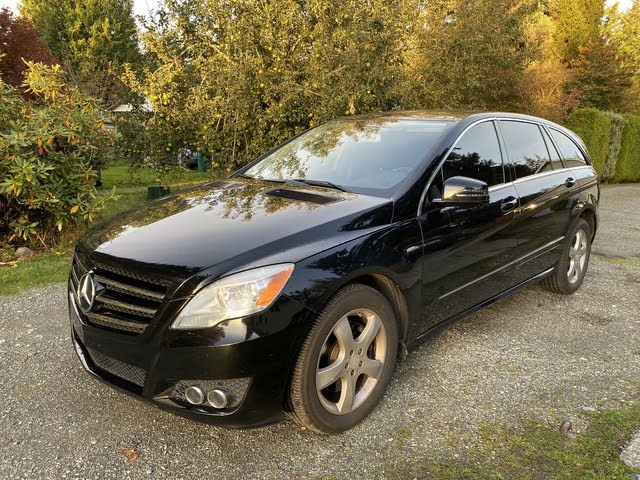 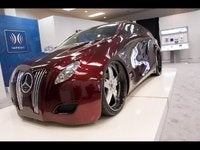 No matter what Mercedes-Benz tries to tell you, the R-Class is not a “sport-touring” machine. It’s a minivan at worst, an SUV at best. But more importantly, it’s also not ugly anymore, thanks to a mid-cycle refresh.

The R-Class has suffered since its introduction. No one knew what it was supposed to be, and regardless, they didn’t like what they were seeing. In an attempt to revive what is clearly a dying model, Mercedes has given its 7-passenger midsize SUV a visual refresh to more closely resemble its Bavarian brethren. The grille has been increased in size and structure for a flatter appearance, allowing for a hood that has much less angle to it. This has alleviated a lot of the W.C. Fields effect that was noted with the previous model. Quad-fogs grace the lower fascia, and new headlights seem to connect bumper, grille, and hood in a way that was obviously ignored previously. Astute fans will also notice new LED daytime running lights and a slight redesign of the mirror-integrated turn signals. Rear bumper and taillights have also seen attention, including LEDs, but the changes are far less dramatic. The most obvious change out back is rectangular exhaust tips replacing the old oval units, and it works well.

For the interior, changes are much more subtle. Getting in, it’s obvious that something’s been done, and the changes are good, but what they are isn’t immediately evident. Look closer and you’ll notice some new trim, a new dash top, and some additional wood on the steering wheel. As said, they're not monumental by any means, but they're good changes and fit the exterior changes well.

Each of the two trims has its own standard engine, a naturally aspirated or turbodiesel V6. The base R350 starts with a 268-hp, 3.5-liter V6, and it’ll certainly get you around with its standard seven-speed automatic transmission. However the real story is in the 3.0-liter turbodiesel V6 that comes with the R350 BlueTEC trim. Also mated to the seven-speed automatic, it offers 210 hp and 400 lb-ft of torque as well as an 18/24 mpg rating as opposed to the R350’s 15/19, and it has a maximum towing capacity of 3,500 pounds. The BlueTEC trim also comes with run-flat tires.

All R350s come with a 2+2+2 arrangement, although an optional second-row bench can be swapped for the rear buckets to give a 7-person capacity. Safety is taken well in hand with standard stability and traction control, six standard airbags, four-wheel antilock disc brakes, and the PRE and POST-SAFE systems.

Will this be enough to take up the slack of almost 40,000 unsold units per year? Mercedes certainly hopes so. All we can say is that they’re on the right track, but it’s still not a sport-tourer.

What's your take on the 2011 Mercedes-Benz R-Class?

Have you driven a 2011 Mercedes-Benz R-Class?
Rank This Car

Curious about others' experience with maintenance and repairs on the MB R350 series? They no longer make it, just wondering if it was because of high costs to own.

I love my 2011 R350 Blu Tec Mercedes Benz. But the maintenance on this vehicle has been high. What is other's experiences with this car? They stopped making them maybe the maintenance was an issu...

When we sell our car through you guys at CarGurus, how does the process work? Here are my questions: 1) Do both seller and buyer complete title transfer (bill of sale) form and submit to our DMV? O...

At my last service appointment, the service technician said "your Alternator is making a whining noise. New/installed price is $849.44 plus tax. Also the Upper Idler Pulley is making a noise, belt...

MB only replaced the drivers side airbag with the recall. Why did they not replace the passenger side also?