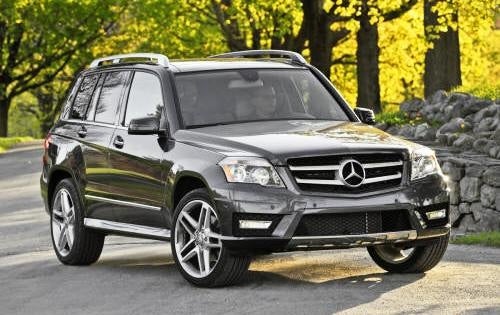 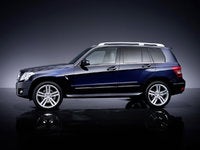 The Mercedes-Benz GLK-Class receives only minor updates for 2011, and remains a capable, solid, and fun-to-drive compact SUV, with distinctive styling, a quiet cabin, and good overall value.

The 2011 GLK-Class's fuel-economy numbers are far from stellar, and its cramped back seat and mediocre cargo capacity leave many owners wishing for more.

Top-notch handling and a surprisingly smooth yet sporty ride continue to draw buyers to Mercedes-Benz's GLK-Class. Even those who have tested the competition, and who like many of the features in better-equipped competitive vehicles, return to the GLK and make the purchase, thanks to the compact SUV's classy good looks, comfortable interior, and most of all, its highly rated driving experience. Some call the GLK-Class a joy to drive, and for many new owners, that sealed the deal.

Although the Mercedes-Benz GLK-Class compact SUV debuted in 2008, the automaker tagged it for the 2010 model year. It first appeared in showrooms in January 2009, so its initial version was available for more than a year and a half. Still, Mercedes made only a few minor adjustments for 2011. The GLK-Class gets a new three-spoke multifunction premium-leather-wrapped steering wheel and a new headlight control switch. Otherwise, the GLK-Class remains unchanged.

The GLK-Class, which consists of a sole GLK350 trim, gave the automaker's lineup a fresh jolt of energy when it first appeared in showrooms. Based on the C-Class platform, the GLK-Class was widely praised for its smooth, sedan-like ride and handling, as well as for its quiet, luxury-oriented interior, cargo capability, and overall value.

Outside, the GLK-Class displays a distinctive sedan-like front end, with angular lines and an aggressive two-bar grille. Its tapering roofline and solid stance help the GLK-Class stand out in a competitive field. Such entries as the Audi Q5, BMW X3, and Infiniti EX give the GLK-Class a run for its money, but the compact SUV from Mercedes-Benz holds up well against its competitors, primarily because many owners and reviewers like the way it looks and drives. 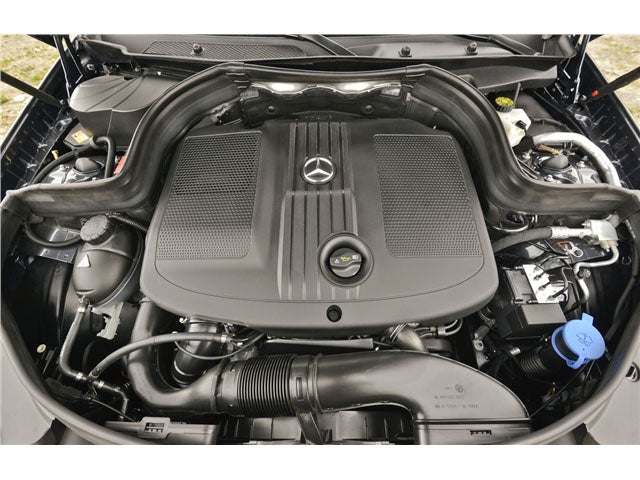 Since the 2011 GLK-Class borrows its underpinnings from the C-Class sedan, it retains a rear-wheel-drive configuration, although owners can add the automaker's available 4Matic all-wheel-drive system. Power for the GLK comes from a 3.5-liter, DOHC V6 engine, which produces 268 hp and 258 lb-ft of torque. Continuously variable timing and a dual-stage intake manifold ensure quick response off the line and help drive the compact SUV from 0-60 in 6.5 seconds. Fuel economy numbers of 16/22 mpg are in the middle of the pack for this automotive segment. Owners should note the V6 powerplant requires premium fuel.

The V6 engine connects to Mercedes' versatile seven-speed, two-mode automatic transmission, with closely spaced gear ratios for smooth shifting. Drivers can select the transmission's Sport mode setting, which delivers more aggressive shifting, or the Eco mode, which starts out in second gear and ensures maximum efficiency by upshifting at lower rpm. In addition, the transmission's adaptive programming monitors the driver's style and adjusts shift points automatically to improve efficiency. A Touch Shift feature gives drivers the option of shifting manually by moving the shift lever side to side.

The 4Matic all-wheel-drive system splits torque 45/55 between the front and rear axles and continually optimizes torque for every wheel to ensure optimal traction and stability. The GLK-Class has a maximum towing rating of 3,500 pounds.

The GLK-Class's agile handling remains one of its most popular features with owners and reviewers. It excels in around-town driving, as well as at highway speeds and in tight corners, with precise control and minimal body lean. The GLK's Agility Control suspension system remains perfectly tuned for a sporty yet comfortable ride, as well as confident off-roading. However, a number of owners do report some vibration on rougher roads.

The suspension's amplitude-dependent damping system makes automatic adjustments to meet any driving conditions. For typical everyday driving, the system provides a softer ride for passenger comfort, but becomes firmer when the driver pushes the vehicle, to ensure it remains firmly planted to the road. Speed-sensitive power steering also helps improve agility and maneuverability, especially at lower speeds, while adaptive brakes with Hill-Start Assist provide good stopping power and help prevent roll-back when starting on an incline. A brake drying feature helps to remove built-up water on the brakes in rainy driving conditions.

The cabin of the GLK-Class draws mixed reviews. Some like its well-laid-out interior, enhanced by such standard features as dual-zone climate control, a premium leather steering wheel, eight-way power front seats, and Burl Walnut wood trim. But others feel it doesn't quite live up to the high standards set by Mercedes, as well as by other competitive vehicles, such as those from BMW and Volvo. Some feel the dash in particular has a quasi-retro feel, which has a detrimental effect (in some opinions), while others like the GLK's easy-to-read gauges and the overall feel of the cabin's hard and soft surfaces.

Just as handling and stability are among the GLK-Class's stronger points, the cabin's tight rear-seat legroom remains one of its weaker spots, especially for owners with families or those who often carry a full complement of passengers. Some also knock the GLK's cargo capacity, which checks in at 23.3 cubic feet with the rear seat up, and 54.7 cubic feet with the 60/40-split rear seat folded down. That compares to 30 cubic feet and 71 cubic feet respectively for the BMW X3, for example. Owners can add an optional power rear liftgate for ease of operation and access.

The 2011 GLK-Class's list of safety equipment starts off with a full range of nine airbags, including dual two-stage front, front side-impact, front pelvic, and side window-curtain airbags, as well as a driver's-side knee airbag. Working together, the airbags add 11-way occupant protection, according to the automaker. Other standard safety features include a crash-optimized pedal system and a specially designed front bumper made with softer foam to better absorb impacts and help protect pedestrians in the event of an accident.

Not surprisingly, owners like the GLK-Class's ride and handling, as well as its smooth acceleration and solid feel. Drivers report good visibility out the sides and back, and find the GLK-Class fun to drive. They like the quiet cabin and comfortable seats. Owners also like the GLK's distinctive exterior styling, which makes it stand out in a crowd. The GLK's performance draws generally positive comments, although some owners would like to have more engine options, including a diesel option.

On the downside, owners find fault with the GLK's mediocre fuel economy, tight back seat, and wide door sills, which make entering and exiting a little tricky for some passengers. Some also complain about the requirement for premium fuel, which compounds the unpopular fuel economy numbers.

What's your take on the 2011 Mercedes-Benz GLK-Class?

Michael We wanted the GLK250 4matic but it was a little out of our price range. We purchased the 2011 GLK350 4matic from a private party listing in cargurus in January of 2018. Thank You for your help,we have let you know that we purchased, now could you please unsubscribe us until we are ready to purchase again?.

Users ranked 2011 Mercedes-Benz GLK-Class against other cars which they drove/owned. Each ranking was based on 9 categories. Here is the summary of top rankings.

Have you driven a 2011 Mercedes-Benz GLK-Class?
Rank This Car

WHAT IS A B1 SERVICE

Rough Driving Between RPM 1 And 2

I have a Mercedes GLK350 and between 1 and 2 RPM it runs rough. I have changed all coil packs and spark plugs and its is still doing it. Can anyone help?

Why Are My Sensors Going Crazy

Every time I start my GLK 4Matic and as soon as I hit the gas pedal my truck says my trunk is open but indeed the truck is not open. This continues to happen everyday now and every time I stop and...

SRS Light On Can I Safely Jump The Car

battery has been being drained last 3 days, now SRS light came on last night using spare key only, after days in garage car has not started. Mechanic did diagnostic few days ago said I had low volt...

553 views with 1 answer (last answer about a year ago)