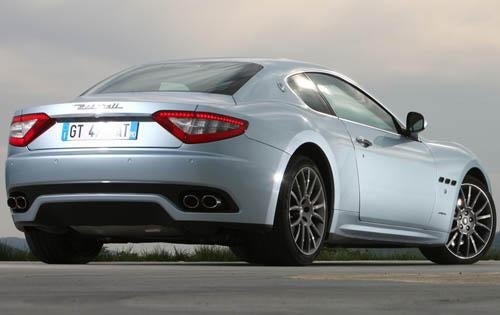 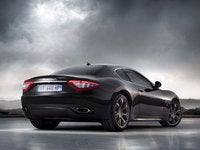 Serving up plenty of style and Italian driving excitement, the Maserati GranTurismo rolls into 2011 mostly unchanged. The performance, luxury and exclusivity offered by the 2011 GranTurismo place it near the top of the (admittedly thin) six-figure personal coupe market. Yet while piloting the GranTurismo is a sublime experience for any enthusiast, ownership might best be reserved for those with a bit of patience and, naturally, a good deal of money.

Based on the well-regarded Quattroporte sedan, the 2011 GranTurismo coupe and convertible feature the magic of Ferrari power under the hood. Both versions of the GranTurismo (4.2- and 4.7-liter) are powered by an all-aluminum V8 engineered by the wizards of Marenello. With the 4.2-liter engine, the base GranTurismo makes 400 hp, while the uprated 4.7-liter V8 in the GranTurismo S churns out 440 horses. Despite being substantially down on thrust when compared with turbocharged competitors like the Bentley Continental and Mercedes CL600, the GranTurismo's V8's organic nature and wonderful soundtrack make the car feel quite special. Both engines deliver power via a smooth and mannerly 6-speed ZF automatic transmission, as last year's optional (and troublesome) electronic manual gearbox has mercifully been dropped.

Despite clocking in at nearly 4,000 pounds, the GranTurismo feels positively svelte when compared with the competition, most of whose curb weights would be more at home on an SUV spec sheet. A superbly balanced double-wishbone suspension setup at all four wheels enables the GranTurismo to hustle through the corners with uncommon poise. Handling limits are high, courtesy of meaty Pirellis all around, and the GranTurismo transitions smoothly into controllable oversteer once the stability control is switched off. The brakes, especially in the S trim, are massively powerful and fade-free, stopping the GranTurismo from 60 mph in just 114 feet.

The convertible GranTursimo, introduced last year, offers true al fresco motoring, courtesy of a triple-lined folding soft top. While cabin space and trunk room are reduced somewhat, and the GranTurismo's stout structure is slightly compromised, the sound of that glorious V8 resonating off buildings and tunnel walls is well worth the drawbacks and higher price.

Stepping inside the 2011 GranTurismo, the smell of leather almost overpowers the palate. The upholstery, creamy soft and offered in innumerable colors, puts the glorified vinyl that most cars offer to shame. Like the rest of the car, the leather is sensitive; it mars easily and is intolerant of neglect, yet develops a beautiful patina when properly cared for. Several different woods (or carbon fiber) can be chosen to adorn the dash, and the faux-suede Alcantara headliner is pure decadence. Seating for four is provided, and while the rear bench is firm rather than plush, it accommodates two adults with surprising grace.

Ergonomic failings are nothing new in Italian cars, yet the 2011 GranTurismo's secondary controls can be downright obtuse at times. While the competition provides enough whiz-bang gadgetry to impress Bill Gates, Maserati buyers are lucky to have even rudimentary luxuries like climate control. The GPS, for one, doesn't display any street names, and the stereo's jukebox music storage feature is impossibly slow. Ventilated seats aren't offered, neither is adaptive cruise control or push-button start. The trunk is small but useful (less so on the convertible) and can be kitted out with exorbitantly priced custom leather luggage.

As expected, the GranTurismo's fuel consumption isn't a strong suit. Nor can this exclusive Italian exotic negotiate pockmarked asphalt or sharp pavement dips with much grace. Also, those soft Pirellis that grip the road so well require very frequent, and expensive, replacement. In fact, you'll be on a first-name basis with the entire service department soon enough, exchanging pleasantries with Carlo and Vincenzo as they try to root out yet another electronic gremlin. Yet when you fling the GranTurismo S into a corner at high speed and the car settles perfectly and blips down a gear with a little roar from the Ferrari V8, all will seem right with the world.

What's your take on the 2011 Maserati GranTurismo?

Have you driven a 2011 Maserati GranTurismo?
Rank This Car