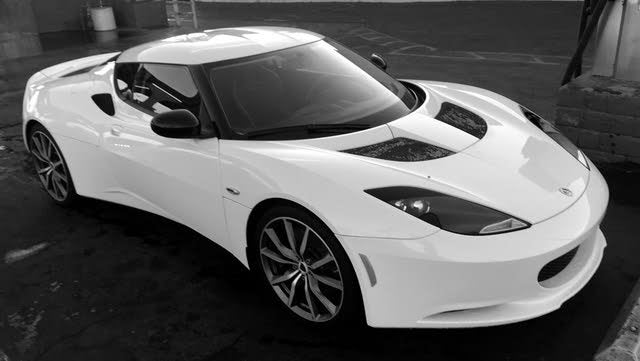 When Lotus decided to build the Evora, it said it was because no one was offering a comfortable, practical, midengine supercar – specifically in a 2+2 configuration. Lotus came close, theoretically hitting most of its marks, but something was still missing. First, it fitted its “everyman supercar” with an “everyman engine” - a 3.5-liter V6 out of a Toyota Camry of all places. It’s efficient and boasts a broad powerband, but supercar territory it doesn’t occupy. Second, they apparently had the interior put together from knock-offs and factory seconds. If you’re going to target competitors like Porsche's Cayman, you simply have to do better, and there’s no excuse for the cheap and confusing navigation system that looks like it was grabbed from the bargain bin of some defunct tech store.

At least one of these shortcomings has been addressed for 2011 with the introduction of the supercharged Evora S trim. Adding forced induction to the little 3.5 bumps horsepower up to 345 from the 274 you get from the naturally aspirated version. That means the Lotus Camry will jump to 60 mph in just 4.6 seconds. Fuel consumption for the S has yet to be released, but we can imagine mileage will drop a bit from the 17 mpg city/27 highway the base Evora offers. Of course you’ll need to stop just as quickly as you go, so cross-drilled brake discs now sit behind new wheels, and the suspension has gotten some additional tuning as well.

We hope Lotus didn’t change much, because the chassis and suspension of the Evora are the things they did absolutely right. Complain about a too-cheap interior, complain about a Toyota powertrain, but the Evora handles like a Lotus should. Too many reviewers talk about how the Elise and the Exige exhibit all the characteristics you’d expect from a proper British sports car. That’s foolish. British in name only, Lotus has been owned by Malaysians since before the Elise graced our shores, but the handling has always been totally dialed in, and the Evora is no different. What’s more, the Evora’s chassis is a modular unit, which means you won’t be paying supercar repair prices when someone backs into you in the parking lot.

Because the parking lot is exactly where Lotus hopes you’ll use the Evora. That’s why it's been fitted with an almost-useable rear seat that the company admits is intended for small bags or smaller children. Buyers have the option to delete the rear seat for a parcel shelf, and Lotus expects most to take that option. But there’s still a rear trunk, cooled so the midengine configuration doesn’t lead to premature scrambling of your eggs, and Lotus claims that harbinger of sports-car doom – the ability to toss your golf clubs in the back. As if that wasn’t bad enough, it's also offering a 6-speed automatic transmission this year. Think there are plans for a bench seat and a diesel, too?

Lotus has compromised itself with the Evora, and not with that good kind of compromise that leads to matrimonial harmony or peace in the Middle East. No, this compromise cheapens the very core of the brand with sacrifices made for little benefit. Why add a second row of seating if it’s only barely useable? Why bother going against the bare-bones, purposeful vision of the Elise by dressing up the interior only to cut corners? And why would you pay supercar money for a Camry engine? A trunk and an automatic are sad realities when attempting to reach a broader audience, but these other shortcomings can’t be forgiven. Plus, how can you call a vehicle an “everyman sports car” when less than 700 will make it to U.S. dealers?

No one is making a comfortable, practical, midengine supercar? Lotus, you’re still right.

Have you driven a 2011 Lotus Evora?
Rank This Car