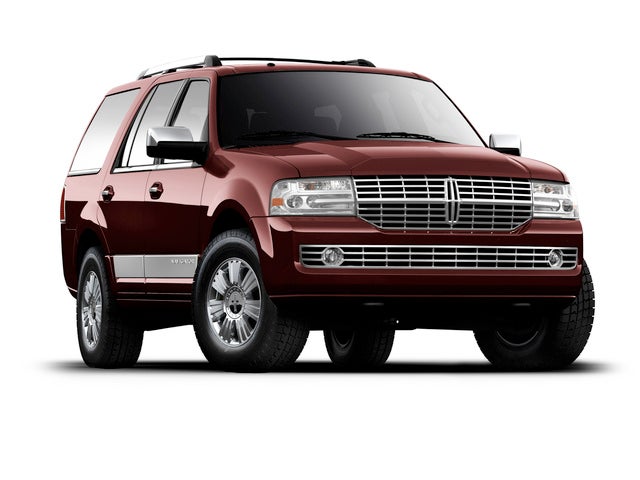 The 2011 Lincoln Navigator, the well-to-do cousin of the Ford Expedition, features a couple of tweaks as it continues to set itself up as a rival to the Cadillac Escalade in the large luxury sports utility vehicle market.

Ford, which owns Lincoln, strives to tone down the Navigator’s reputation as a gas-hungry rig with changes that are expected to carry over to some of its other models, including the Ford F-150 truck. Powered by a 5.4-liter V8 engine paired with a six-speed automatic transmission, the Navigator puts out 300 hp and 365 lb-ft of torque. Ford engineers developed a technology that regulates gas consumption by using aggressive deceleration fuel shut-off, requiring no extra effort by the driver and saving on fuel.

The Navigator’s EPA-estimated fuel efficiency is expected to improve. Last year, the Navigator was pegged to get 14 mpg city and 20 mpg highway in rear-wheel-drive versions. The engine burns either E85-ethanol fuel or unleaded gas.

Lincoln also plans to offer a 4.4-liter V8 diesel as an option in the 2011 Navigator in another nod to improved gas mileage. That engine is similar to a 3.6-liter turbodiesel used in European Jaguars and Land Rovers, and estimates are that it, besides generating almost 10 percent more horsepower, will increase fuel efficiency by another 20 percent.

As usual, the 2011 Navigator will be packed with high-end standard fare. Heated and cooled front seats, 18-inch machined aluminum wheels, a rear-view camera, power liftgate, rain-sensing wipers, perimeter anti-theft alarm and a 14-speaker audio system with Sirius satellite radio are a few of the items on the list. The navigation system uses the Sirius Travel Link program, which provides access to all sorts of information, from traffic data to weather reports to fuel options. Ford’s MyKey technology lets parents limit the vehicle’s speed and speaker volume.

The Elite package of options includes a moonroof, a rear-seat entertainment system and an upgraded navigation system. A Monochrome Limited Edition package features unique badging as well as body-color exterior accents, including a lower grille.

Reviewers have raised issues with the Navigator’s engine in the past, some finding it underpowered. The experts tend to praise the vehicle for its looks and especially for being roomy - for both passengers and cargo - and offering a comfortable ride.

The Navigator comes in a couple of trims, the Navigator Base and the Navigator L, which is about 15 inches longer than the standard. Both are available with either rear-wheel drive or four-wheel drive. The Base trim, with RWD, can pull about 9,000 pounds when set up with a heavy-duty towing package. The Navigator L is good for 8,700 pounds.

The 2011 Lincoln Navigator again ranks highly when it comes to safety. Its safety features include four-wheel disc ABS, a post-collision safety system, traction and stability control and a full complement of airbags.

What's your take on the 2011 Lincoln Navigator?

Have you driven a 2011 Lincoln Navigator?
Rank This Car

I have clicking where the blend door actuator goes behind the radio in the dashboard on my 2011 Lincoln Navigator but it's not the actuator. I replaced the actuator but it still clicks. I remov...

189 views with 3 answers (last answer about a year ago)

What Is The Height Of The Cargo Area Of A 2011 Lincoln Navigator?

What is the height of the cargo area?

I have a new battery that installed 3 months ago. The car was driven for a couple of weeks then parked for two and a half months. As expected, the battery is completely dead. I have access to a Sears ...

I have a 2011 Lincoln navigator and after it warms up it idles low when I come to a stop it tries to shut off spitting and sputtering then the lifters are noisy.. please help

Looking to replace the 2nd row middle console with a seat. Stone Leather. Anybody willing to trade or have this seat for sale??