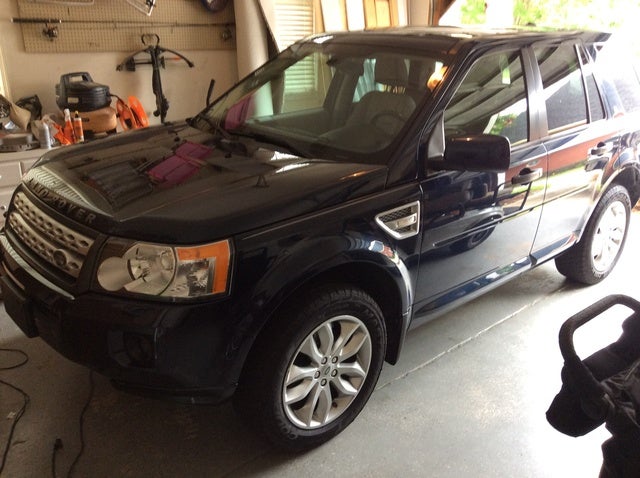 The 2011 Land Rover LR2 offers much to like in a mini-me version of both its father figure, the Range Rover, and larger iterations of the Land Rover. The stylish LR2 carries over many of the family features, including a nice and comfortable ride and enviable off-road chops, into its small luxury crossover world.

But all is not rosy in LR2 land, and reviewers raise plenty of questions about the vehicle, often finding it underpowered. The 2011 Land Rover LR2 lacks punch off the line compared to its rivals, a function in part of its over-two-ton curb weight.

A 3.2-liter inline 6-cylinder engine good for 230 horsepower and 234 lb-ft of torque powers the 2011 Land Rover LR2, and it gets matched up with a 6-speed automatic transmission that includes manual shift control. This powertrain's fuel economy numbers are less than impressive: EPA rates the LR2 at 15 mpg city/22 highway.

Standard all-wheel drive (AWD), decent ground clearance (8.3 inches) and its Terrain Response technology help the 2011 Land Rover LR2 shine when it gets away from the pavement. Terrain Response is designed to make the best use of engine power by adjusting stability and traction control and other systems to match the conditions. Setting up for on-road, grass/gravel/snow, mud/ruts or sand conditions can be done with the turn of a knob.

The 2011 Land Rover LR2 starts at just over $37,000 and performs admirably when it comes to exploring, which continues the on-again, off-again, on-road, off-road debate. Buyers who value a smooth ride on the highway and are intent on getting efficiently off-road will likely want to give the LR2 a long, hard look. Those who like the idea of having off-road capabilities but aren’t often apt to actually put them to use may be better off looking elsewhere.

The stylish and classy cabin of the 2011 Land Rover LR2 scores well with reviewers for the most part, but they also have their problems with it. The front seats are comfortable, they note, but as with many smaller SUVs, the bench seat in the rear can be tight, particularly for three adults, and the room allotted to cargo is not all that impressive. The LR2 has 26.7 cubic feet of cargo space with the second-row seats up and 58.9 cubic feet when they're folded flat. There are experts who feel the quality of some cabin materials isn’t up to snuff, either.

On the plus side, the carmaker does not hold back with goodies for the LR2. Land Rover loads the crossover up with automatic climate control, a dual-panel sunroof, leather seating and steering-wheel-mounted audio controls and has added to the power adjustments for the driver's and front passenger seats for 2011. An optional Comfort Control package includes heated front seats, a heated windshield and heated washer jets.

How Do I Fix My Vehicle?

My land rover recently only locks and will not unlock with my phobe without removing the internal key in the phobe. It sets the alarm of but once i put the phobe in it stops. Now my navigation sto...

My LR 2 Sat For A Month Not Used, Now The Remote Will Not Open My Doors, He...

I cannot get the remote to unlock the car, was away for a 2 months