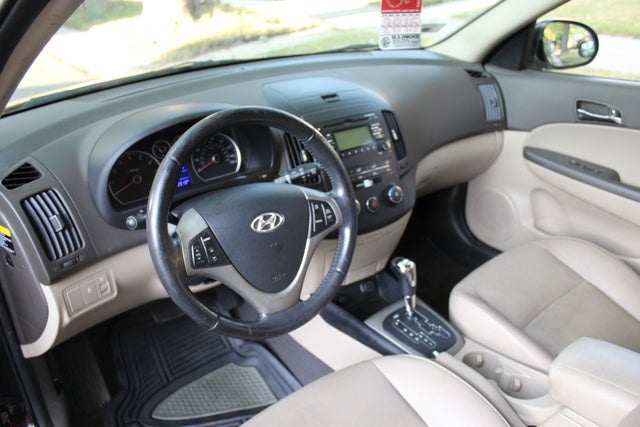 Some chintzy interior materials, tepid acceleration, and a surfeit of engine noise conspire to tarnish the 2011 Elantra Touring hatchback’s image a bit.

Value-laden, versatile, roomy, and maneuverable, the 2011 Hyundai Elantra Touring embodies the perfect pre-crossover family auto. The fact that it doesn’t skimp on cabin niceties is a big plus in this ever more cost-conscious era.

Though unquestionably an outstanding value, the 2011 Hyundai Elantra Touring seems to impress reviewers a bit more than owners. Be that as it may, this compact five-passenger hatchback provides decent handling, an economical, if slightly lazy four-cylinder engine, choice of a manual or automatic transmission, a roomy cabin, and tolerable if not exactly inspired styling. Known outside the U.S. as the i30, the front-wheel-drive-only Elantra Touring has been roaming the U.S. since 2009 relatively unchanged, except for the addition of standard roof rails and the introduction of the base GLS trim in 2010. The Elantra Touring is designed to provide an economical yet sporty alternative to the pricier and often over-endowed midsize crossover, and in this, it marginally succeeds in a market not traditionally known to embrace the hatchback concept.

The aforementioned Elantra Touring base GLS joins the high-end SE as the only trims available for 2011. Both offer plenty of cabin storage and comfort, front bucket seats, 65 cubic feet of cargo space with the rear seats folded, and the ubiquitous inline four-cylinder (I4) powerplant. The SE, of course, goes a bit further with such additional standard goodies as leather upholstery and a power sunroof. Both trims are available only with front-wheel drive, and both are covered by one of the most comprehensive and lengthy warranties in the market.

Possibly the closest direct competition to the Elantra Touring is the Kia Soul and its Rio5 cousin. The Volkswagen Jetta TDI Sportwagen, Nissan Cube, and Mazda3 all provide some additional incentive for Hyundai to try harder through more refined power and performance, plusher ride comfort, and headier styling at a similar price. To the Elantra Touring’s credit, however, a number of reviewers see it taking the number one or number two slot for overall value in its class.

The sole powerplant offering for the 2011 Elantra Touring lineup is a variable-valve-timed 3.4-liter I4. When managed by either the standard five-speed manual transmission or the available four-speed automatic transmission, the I4 puts out 138 hp at 6,000 rpm and 136 lb-ft of torque at 4,600 rpm. Mileage, meanwhile, is estimated at 23/31 mpg with the stick shift and 23/30 with the automatic.

A majority of reviewers finds the Elantra Touring’s engine to be at least adequate on the highway, and the I4 has tested out with a decent 0-60 time of 8.7 seconds. Not loaded with power, but not pokey either. However, many reviewers note that under any kind of acceleration, this paltry powerplant can be hard on the ears, while others pan the five-speed manual transmission as ratchety and with a throw that’s just a tad too long for comfortable shifting. Virtually all reviewers wonder when Hyundai will update its transmissions to reflect the current driving needs of most families.

Reviewers are, by and large, pleasantly surprised by how well the Elantra Touring behaves on the highway, with the GLS trim especially providing an unexpectedly smooth and forgiving ride. Though the SE trim level sports a somewhat firmer suspension, it, too, makes little fuss over bumps and imperfections. Reviews note that the electric power steering, though responsive, could be a bit less flighty, though the standard all-season tires provide a sure grip in corners and better-than-average traction from a stop. Brakes are likewise described as powerful and true, with no inordinate pedal squish.

Finally, a tight turning radius makes maneuvering in city traffic and crowded lots far less challenging than might be expected. Overall, according to the majority of reviews, each of the 2011 Elantra Touring trims boasts a competent if not cushy suspension that lends itself to both the open road and downtown streets.

Options for both trims include Bluetooth hands-free communications, a rear spoiler, carpeted floor mats, and mud flaps. Additionally, the Elantra Touring GLS trim is available with a Popular Package featuring many of the standard features that equip the SE, as well as telescoping tilt-wheel steering.

Most reviewers laud the large, easy-to-read gauges and logically placed, simple-to-operate controls, while others are impressed with the mostly plush cabin materials. Some cheap plastics are a bit of a letdown in this otherwise well-appointed interior, according to virtually all reviewers, but more than a few mention the standard cooled storage bin as a touch not often found in many of the more high-end vehicles in this class.

Standard safety and protection equipment to be found across the 2011 Elantra Touring lineup includes four-wheel ABS with electronic brakeforce distribution, traction and stability control, dual front side-mounted airbags, front and rear head airbags, front head restraints with whiplash protection, and a remote anti-theft alarm. The SE tosses in standard front fog/driving lights, which are optional for the GLS when the Popular Package is selected. 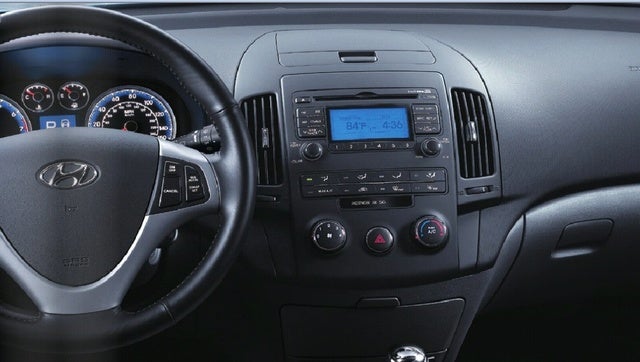 Many owners of the 2011 Elantra Touring find engine racket, poor rearward visibility, and tepid acceleration among its more glaring weak points. A less-than-plush ride, especially with the SE’s standard 17-inch tires, as well as easily scuffed leather upholstery and the lack of updated transmissions, also frustrates a number of owners.

On the plus side, owners praise the Elantra Touring’s unexpectedly user-friendly controls and buttons, its pleasant, if not over-the-top styling, and its roomy, comfortable cabin, as well as that surprising agility. A number of owners also give kudos to ride comfort in the GLS with its 15-inch wheels, while the standard audio system also comes in for its share of owner delight. Altogether, owners are, for the most part, well-satisfied with the overall value they receive from this heady hatchback.

What's your take on the 2011 Hyundai Elantra Touring?

Nancy Was very happy for 9yrs. And 73000km. Now am told I need a new engine, due to crankshaft bearing failure

Have you driven a 2011 Hyundai Elantra Touring?
Rank This Car

I Changed The Battery In My Car And Now The ABS, Battery, EPS, Brake And ES...

If I shouldn't have to reset my car, what else could it be? The battery is in correctly and it will crank up.

722 views with 2 answers (last answer about a year ago)

Steering is vibration at 75 mph or more shakes too

How To Replace Brake Lights

What Needs To Be Done When My ESC Light Is On At All Times While Driving?

I have 2011 elantra touring

Has Anyone Had Promblems With Peeling On The Inserts In The Front Bumper?

I bought an Elantra Touring last fall and after the winter I noticed that the insert on the bumper underneath the passenger headlight is peeling. I have been waiting to hear from my dealership to see...