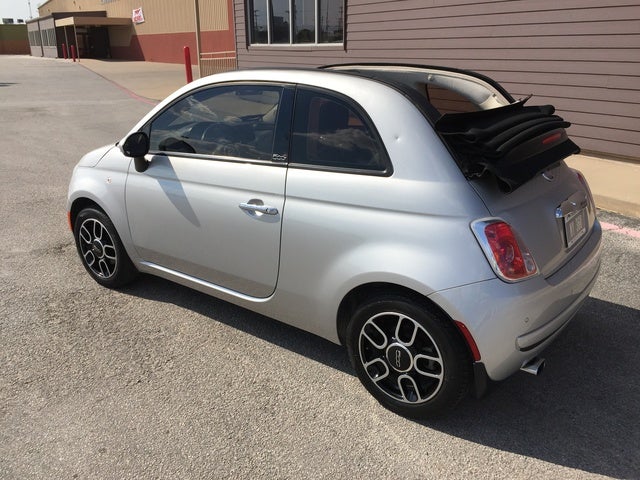 The merger of Fiat and Chrysler was designed, in part, to help the American car company out of its dire financial situation. The 2011 Fiat 500 (or Cinquecento) may well become one of the key components in the company’s recovery. Although the car had a somewhat questionable reputation during its first go-round in North America (from 1957-1975), reviews predict that the new 500 will be solidly built and reasonably priced, with excellent fuel economy and plentiful options to customize the ride.

Despite the Fiat’s difficulties during the last century, the car has nonetheless maintained a devoted following. That devotion was rewarded this past July at the annual convention of the Club Fiat-Lancia Unlimited, when fans of the autos were given the opportunity to reserve one of the first five-hundred Cinquecento cars slated for production at the end of 2010. Offered in only three colors (Rosso/Red, Grigio/Gray and Bianco/White), the Prima Edizione (First Edition) provided a small hint of what is coming: a standard manual transmission and the choice of a sunroof or engine block heater. These “first editions” will also come with an exclusive sequentially numbered Prima Edizione badge and VIN number representing production order.

However, the rest of the mere mortals anticipating the return of the Fiat 500 will have to wait until the car appears in select Chrysler dealers (primarily in larger cities) after manufacturing begins at Chrysler’s plant in Toluca, Mexico. Neither Chrysler nor Fiat have released many details about the modern 500, although Chrysler has somewhat vaguely stated that the “Fiat 500’s technology, driving dynamics and interior features have been intelligently adapted for the North American market.” Thus, while the Italian version of the 500 offers multiple engine choices, the common theory is that the American version of the four-seater will offer but one: a 1.4-liter, inline four-cylinder Fully Integrated Robotized Engine (FIRE) with a MultiAir System (which increases power while reducing fuel consumption and emissions), delivering 100 hp at 6,000 rpm and 97 lb-ft of torque at 4,250 rpm. Reviews also predict a standard six-speed manual transmission for the front-wheel-drive auto, although anticipated U.S. demand for an automatic transmission will likely also produce that option. Using European models as a gauge, reports estimate that the North American Fiat 500 should rate fuel economy numbers of at least 40 mpg combined, offering definite fuel economy appeal. With an Italian sticker price of roughly $16,000 as a benchmark, reviews forecast a similar price range for the U.S., making the 500 financially appealing, as well.

Although other trims may come down the line—a 500C (Cabrio) version has been discussed for spring 2011, and visions of convertibles, wagons, and even a “demi-SUV” have danced in reviewers’ heads—the 500 will likely open with the classic two-door hatchback, available in a Sport, Lounge, or Pop version. To date, Chrysler has released details of only the Sport edition, which will feature a sport-tuned suspension, distinctively styled front and rear fascia with a prominent grille, and body-side sill cladding. The 15-inch aluminum wheels with Mineral Gray painted pockets will combine with Performance Red painted brake calipers, a chrome exhaust tip, and gloss black shadow-line window trim for a sporty look. The trim will also feature an optional SkyDome power sunroof.

Reviews anticipate that all trims of the 2011 Fiat 500 will likely include electric power steering, power windows and remote door locks, cruise control, and MP3 playback as standard features, with numerous optional features to customize and personalize the subcompact. Standard safety features expected for the 500 include antilock brakes with electronic brakeforce distribution, traction and stability control, and airbags (including a driver's knee airbag), as well as rear parking sensors.

Designed by Frank Stephenson (who also designed BMW's Mini Cooper), the Fiat 500 seems to be positioning itself to take on the Mini as a stylishly retro-looking subcompact. If the predictions of excellent fuel economy, quality build, and reasonable price match the reality, the 2011 Fiat 500 could indeed be a contender.

I Have Just Bought A Fiat 500 It Starts But When I Put It On Reverse Or Dri...