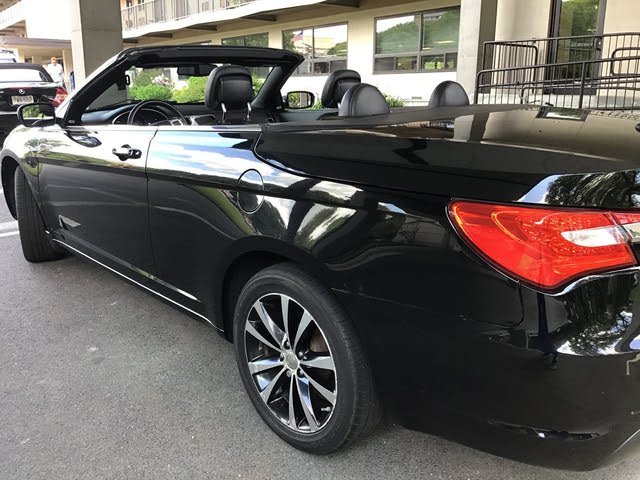 A smooth ride, stout V6 and slightly upscale interior make for a great value in the 2011 Chrysler 200.

A lack of both interior space and exterior style keep the 2011 Chrysler 200 from matching its rivals.

It’s not that Chrysler's 200 is a bad car, it’s just not a great car, and ten years ago, even five years ago, it would’ve been a good car – if you could get past the boring styling. As it stands, the 200 simply brings the Sebring up to where it should have been years ago, and that’s just not good enough for today. Still, with the V6 it’s a fine choice for a midsize, especially for the price.

It’s still a Sebring. Sure, Chrysler will tell you different, and beg you to forget about that loathsome entry into its vehicular timeline, but at its heart the “new” Chrysler 200 is nothing more than a massaged Sebring.

That’s not to say the car is no good. Truly, the Chrysler 200 is in a different league than the Sebring, but it’s still playing the same boring game. Coming in four trim levels – LX, Touring, Limited and S – in sedan and convertible form, the 200 has a new skin, a vastly improved interior and several suspension updates. The car looks, feels and drives different than the Sebring – although whether or not these are all improvements is up to you. However, the addition of a new V6 is a benefit no matter who you talk to, offering more power and better efficiency than the outgoing V6 lump. 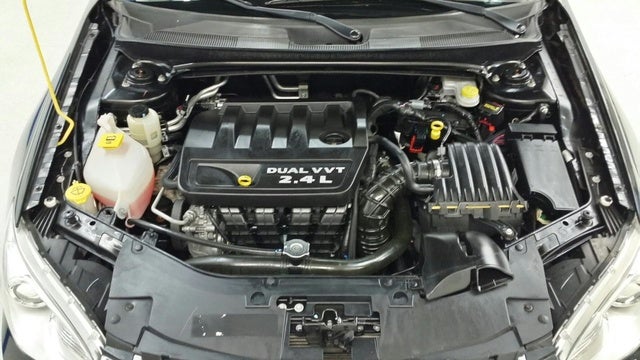 That said, the V6 is not the only powerplant you have to work with. In fact, only the S and Limited convertible trims get the V6 as a standard feature, and only the Limited and Touring sedan trims get it as an option. Otherwise you’ll be dealing with the 173-hp, 2.4-liter inline four-cylinder GEMA engine that we’ve seen in so many Chrysler applications before – including the Sebring. You know it as the “World Engine.” Aluminum block design is from Hyundai and features cast iron cylinder liners for durability. Variable valve timing is also utilized here for efficiency. LX trims are set to be utilized as fleet vehicles and get a 4-speed automatic transmission that should’ve been left in the 20th-century where it was designed. It’ll return 21/30 mpg and thankfully won’t be something you’ll encounter unless you’re looking to rent. All other trims fitted with the 2.4 get a 6-speed automatic that unfortunately doesn’t do much for efficiency. 20/31 is the best it’ll do, so don’t expect to save much at the pump.

V6 power is one of the only things that actually sets the 200 apart, and the 283 hp and 260 lb-ft of torque you get with the 3.6-liter V6 actually make the 200 one of the most powerful entrants in its class. It’s enough to shoot you to 60 in about 6.5 seconds, and the car will do a quarter mile in under 15, but you’ll also get a good amount of torque steer with that. The real difficulty is in the 6-speed tranny, which tries to hold onto higher gears longer than necessary in order to maximize efficiency, here rated at 19/29. Good for the highway, bad for the track. But you’re not taking the 200 to the track.

And that’s a good thing, as the 200 just doesn’t belong on the track. Ride height has been dropped overall, a half-inch up front and a quarter in back, and the track has been widened as well. Stiffer springs, thicker anti-roll bars and beefier control-arm bushings are complemented by an increased steering rate, but all of this adds up to nothing more than an improvement on the Sebring’s dismal previous performance.

It’s a large improvement, but it’s still just bringing the 200 up to where the Sebring should have been years ago. It won’t inspire you to toss the 200 into any corners, nor to carve any canyon roads, but it’s still a completely enjoyable experience, helped immensely by the best part of the 200 – the interior.

While indisputably the weakest part of the Sebring, and most Chrysler products, the interior of the 200 bears little resemblance to its ill-reputed forbear. Gone are the vast expanses of hard plastics and cavernous gaps, and likewise gone are the roaring decibels of unwanted noise. Thanks to reconfigured engine mounts that reduce vibration transmission, additional sound insulation and “sound-isolating glass,” the interior noise of the 200 is half that of the Sebring, or so claims Chrysler. Whether or not the "half" boast is true, the difference is noticeable and makes the ride a much more pleasant experience.

Unfortunately, since this is still a Sebring, you’ll still get the internal dimensions of the Sebring. This means the typical lack of headroom front and back, especially if you get the optional sunroof, and the same lack of shoulder space we enjoyed with the Sebring. You’ll also remember the lack of rearward visibility, here made worse thanks to the even greater suspension slope. With no rear-view camera, a feature fast becoming expected in this segment, it can get frustrating quite quickly. To be fair, the space issues have a lot to do with the fact that the Sebri … ahem … the 200 is still sporting the same old midsize dimensions, while most of its competitors have grown substantially over the years. But that doesn’t change the fact that you’ll feel cramped, especially in the back. There you’ll find a lack of head- and legroom, as well as the expected lack of shoulder space. There’s also a hump in the middle of the floor, a curious find in a FWD car.

And if you needed even more evidence that this truly is a Sebring, look to the switchgear. That’s right, it’s carryover equipment. It looked cheap and felt terrible in the Sebring, and it’s the same story here. Well done, Chrysler.

While the National Highway Traffic Safety Administration (NHTSA) has yet to release crash-test results for the 200, the Insurance Institute for Highway Safety (IIHS) has named the 2011 Chrysler 200 as one of its Top Safety Picks. Regardless of trim, the 200 comes standard with traction and stability control, six airbags, 4-wheel antilock discs, a tire-pressure monitor and front-seat active head restraints.

Improvements all around mean lots of praise for the Chrysler 200, although its boring styling has had a lackluster response at best, with many noticing the Hyundai similarities in more than just the engine. While cramped, the interior has been very well received, especially the metal trim and plentiful soft-touch surfaces, but the recycled switchgear is a huge disappointment. The overall feel of the car has been mentioned by owners frequently, described as being improved significantly, especially with regard to bump and noise isolation. The new V6 has been praised as quite fast, but the smaller 4-cylinder engine lacks the power to climb or pass effectively.

Users ranked 2011 Chrysler 200 against other cars which they drove/owned. Each ranking was based on 9 categories. Here is the summary of top rankings.

Why Am I Am Having Problems Starting My Car?

There are times when I try to start the car and nothing happens, yet my lights work, radio comes on. Then I can wait about an hour and it will start as if nothing is wrong. At least once a week this...

Is There a way to do it manually and please don't say try the switch inside the car... 5 times up in 2 seconds and then hold for no less than 2 minutes. We have tried and it didn't work. I am so fr...

I Buy Crawler Car I Need To Get Radio Code