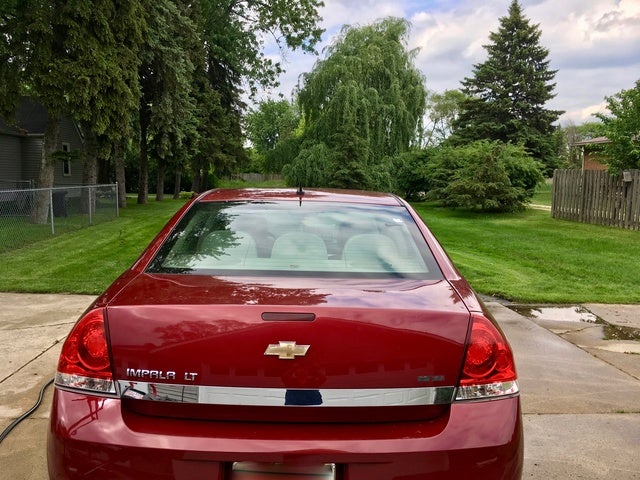 The 2011 Chevrolet Impala LTZ offers a great ride with the sport suspension and a competent engine that doesn’t disappoint.

The 2011 Impala's cheap materials and overall lack of refinement really hold back what could be a top competitor in the midsize class.

It’s time for a new Impala - and one that doesn’t rely so heavily on heritage. The Impala is and always has been a solid example of middle mechanics in the American auto industry. Unfortunately, the shortcomings of the 2008 version – namely its cheap interior and lack of refinement – continue to hold it back.

With rumors of a new Impala floating overhead, there’s little change for 2011, save a new Luxury package for the LT trim that adds heated front seats, 6-way power for the passenger seat, heated power mirrors, an automatic rear-view, and a garage door opener to the group, which already includes leather, a folding rear seat, a Bose sound system, and a rear spoiler.

Otherwise the Impala is still the same midsize, front-wheel-drive four-door sedan. With LS, LT, and LTZ trims, the Impala's engine comes in 3.5- and 3.9-liter V6 varieties, all yoked to a four-speed automatic. Both engines are E85 compatible. 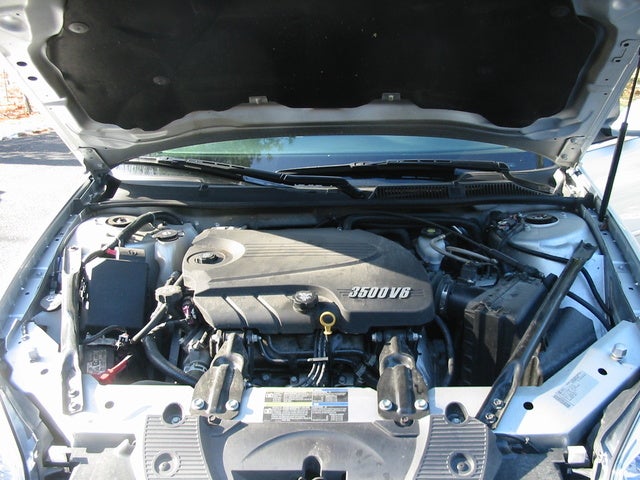 Impala LS and LT trims sport a 3.5-liter, 211-hp V6, and the LTZ gets a 3.9-liter, 233-hp V6, both of which are E85 friendly. These are both from the award-winning GM High Value family of engines produced at the GM factory in Tonawanda, NY.

While the 3.5 is mostly adequate, it can struggle at speed to add enough power for passing. At lower speeds there’s little difference noted between the engines, but it’s above 40 mph that the 3.9 really begins to shine and its extra 22 horses show. The 3.5-liter’s 18/29 mpg estimate will drop significantly when using E85 gasoline, down to 14/22. The 3.9 shows a similar effect, dropping from 17/27 to 13/20.

Despite its quick response and precise steering, the Impala will never feel like a sports car. Even with the 17-inch wheels of the LS and LT trims, you’ll still encounter noticeable float and wallow in its comfortable ride. The LTZ moves up to 18-inch wheels and also gets a sport suspension, both of which improve handling considerably, with little negative effect on overall comfort. If you’re concerned about handling at all, the LTZ is definitely the way to go.

The interior continues to be the weak point of the Impala, and an embarrassing one for Chevrolet, as it’s been a noted complaint for many years. While the controls and gauges are easy to read and reach, and the interior design is acceptable if not especially attractive, cheap hard plastics are plentiful and overbearing, destroying the overall look and feel of the cabin.

Similar issues plague the seating, which doesn’t lack for space, but merely comfort, especially with the optional front bench. Opt for the buckets and don’t look back. Space abounds for both heads and legs up front, but the rear is a different story and best left to children and smaller adults. The trunk offers 19 cubic feet of spacious storage, but an oddly shaped opening makes loading interesting.

The only issue competing for maximum frustration with the cheap materials is the excess of noise you’ll get from the wind, tires, and engine. The engine at least makes noise that can be described as pleasant to some, but the car's wind and tire noise will be nothing more than annoying.

NHTSA tests scored the Impala at five stars for front impacts involving both the driver and passenger and four stars for rollover resistance.

While the Impala stands as a worthy entry into the midsize class, there are several things holding it back in the eyes of owners. The design itself is described as dated by many, and the cheap interior materials and annoying sound penetration only support this assertion. Still, owners are pleased with both V6 engines, as well as the comfortable ride that can be made more competent by moving up to the LTZ. Many, however, are confused at the continued offering of the four-speed automatic transmission, when so many better options are available to GM.

What's your take on the 2011 Chevrolet Impala?

jdavid10 I'm an older than average person, long of tooth AND leg. So is my car. I like the simple look of the cabin and dash in my 2011 LTZ. The cheap plastic wood harkens to days past, when the more plastic, the higher the price. I like the nostalgia of it. The dual climate controls work well, the sound system and BOSE speakers are really nice, the auto information system is adequate, and the heated seats and seatbacks a true blessing. The car points easily and goes where I pointed it. There's plenty of power, and the mileage on long stretches of highway is really good. I've only got 35,000 miles on it, so I'll have to revisit the question of reliability. Sound? I can hear wind noise at higher speeds, but not much else beside the quiet conversation I can have with my wife and the country music coming through the BOSE.I think this car and I are going to get along fine. It's not silver.

Users ranked 2011 Chevrolet Impala against other cars which they drove/owned. Each ranking was based on 9 categories. Here is the summary of top rankings.

Have you driven a 2011 Chevrolet Impala?
Rank This Car

Will G6 Motor Fit In Impala

Why Is My Car Making A Grinding Noise When I Make Left And Right Turns??

When I go to turn my wheel left or right and take off it makes a grinding noise. I got both my left and right wheel bearing fixed and it is still doing it. What is making it make the grinding noise...

Why Won't My Car Start With A New Battery

The HVAC Fan Speed Control Is Not Working Properly.

The HVAC fan speed control is not working properly. The fan runs, but the speed can't be changed using the control switch. The fan occasionally stops altogether and then resumes randomly. I don't kn...