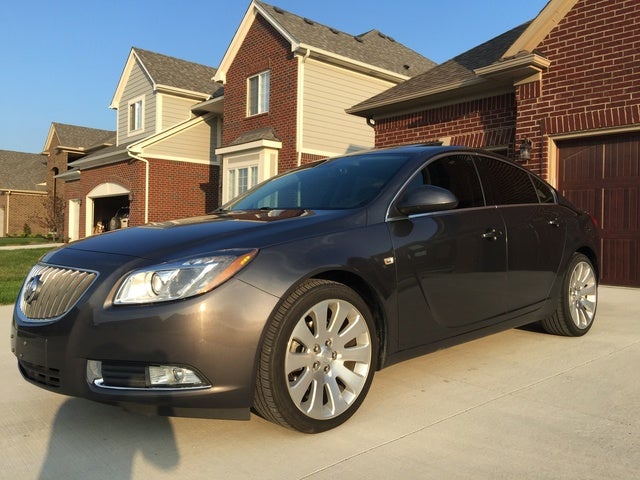 Bankruptcy has changed General Motors, and the 2011 Buick Regal stands as evidence. Once considered a brand for grandparents, Buick now delivers a sports sedan in the Regal that should appeal to a younger demographic and challenge soft-luxury vehicles like the Acura TSX. What’s more, the 2011 Regal will soon be available with a manual transmission, the first time Buick has offered a stick since the 1989 Skyhawk.

This may be new territory for Buick, but the Regal isn’t exactly a new design. It’s a rebadged and rebranded Opel Isignia, named the 2009 European Car of the Year by some publications and a champion of the autobahn. Opel is GM’s European manufacturing branch, and the Regal will even be built in Russelsheim, Germany, for the first year, before production moves to North America.

A handsome car with distinguished lines and an elegant interior, the Regal will be offered in just one trim level to start, the CXL. A less-expensive CX trim and a high-performance CXS trim are expected later.

The Regal will come standard with a 2.4-liter VVT four-cylinder engine that produces 182 horsepower at 6,700 rpm and 172 lb-ft of torque at 4,900, is mated to a six-speed automatic transmission, and gets 20 city/30 highway mpg. A turbocharged 2.0-liter direct injection four-cylinder (220 horsepower, 258 lb-ft of torque) will be available in the near future. It, too, will come standard with the six-speed automatic, but it will have a six-speed manual transmission as an option for all those eager to experience the rare Buick stick shift.

The Regal would hardly qualify as a sports sedan if it shared the floating, boat-like ride associated with Buicks of the past, and it doesn’t. Like the Insignia, the Regal boasts responsive handling and a tightly controlled ride. It isn’t exactly a fast car, but it can go from 0-60 in the 8-9 second range and provides ample power when the need arises. The shifts from the automatic transmission are sharp, not lagging like older Buicks, and add to the Regal’s overall sporty performance.

The turbocharged engine will come with adaptive shocks (which Buick calls an “Interactive Drive Control System”) that can be used in Sport, Normal, and Tour modes. The IDCS comes bundled with 19-inch wheels and tires and a variable-ratio steering rack. Early testers felt the 2.0-liter four-cylinder didn’t show any turbo lag, they appreciated the hard driving allowed by the IDCS, and they felt the manual transmission was smooth and in the same class as Audi or Volkswagen.

Users ranked 2011 Buick Regal against other cars which they drove/owned. Each ranking was based on 9 categories. Here is the summary of top rankings.

Have you driven a 2011 Buick Regal?
Rank This Car

Water In Trunk And Back Board Panels Any Suggestions?

Somehow I have water coming into the back of the car, trunk and both side panels. Can't seem to locate the problem. Has anyone had this experience before. Please advice. Thanks

My 2011 Buick Regal Also Showed Low Pressure On My Drivers Side Front Tire....

So i put some air in it and the light never went out.I knew I had at least 50 lbs. in it. So when I got home I went through and looked at all my tire pressures and oddly enough one of my rear tires ...

Shows I Am Not A Car Guru. Leak In Rear Passenger Foot Space On Buick Rega...

After rain the foot area behind driver seat has standing water. Bought car used this past winter. In shop for second time to remedy this situation.

754 views with 6 answers (last answer about a year ago)

I have a Buick Regal 2011 with 89,000 miles and the transmission went out. Is this normal? What is the estimated life of a transmission in a Buick?