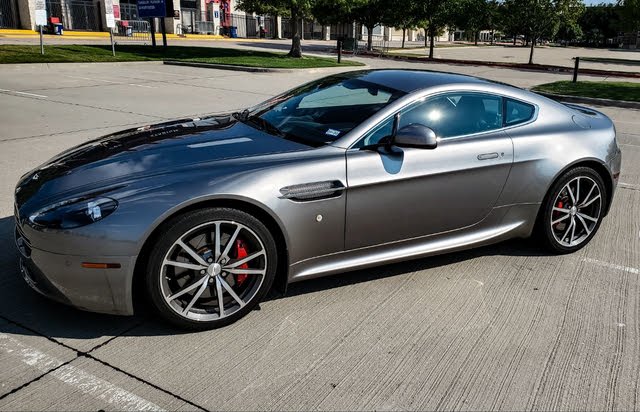 Aston’s smallest, most agile and most popular model gets two new trims for 2011, the S and the special-edition N420. They’re two interesting options for the baby of the bunch, adding more power and some increased track chops to an already formidable competitor.

The V8 Vantage boasts the tautest suspension in the Aston Martin lineup, especially when fitted with the optional Sport Pack, and since it already delivered 420 hp and 346 lb-ft of torque from its 4.7-liter V8, it wasn’t exactly anemic, either. But with a variable-length intake and more aggressive spark, power output is bumped to 430 hp and 361 lb-ft of torque. Those power figures don’t arrive until 7,300 and 5,000 rpm, however, so you’ll have to hang dangerously close to the rev limiter just to enjoy them.

The S trim gets some chassis attention as well, in the form of stiffer springs and shocks, a 15:1 steering rack as opposed to the 17:1 unit in the standard V8 Vantage, rear wheels wider by half an inch, and new Bridgestone tires. No sense making the car go faster without making it stop better, so there are now 15-inch rotors up front with new 6-piston calipers, too, and the stability control has been adjusted as well.

Everything measures up so far, but then Aston made a unique decision: It's fitted the S with a new version of its automated manual, here dubbed the Sportshift II. It’s a 7-speed, single-clutch unit that utilizes air instead of oil cooling. Aston claims a weight savings of 52 pounds over the Sportshift I and 100 pounds over a comparable dual-clutch transmission. On top of that, cog swaps are reported to occur 20 percent faster than with the old 6-speed Sportshift, with the Sport button producing even faster shifts in addition to quickening the throttle response and opening the exhaust bypasses.

Again, this all sounds just dandy, but there’s more going on behind the scenes. First, the traditional 6-speed, 3-pedal manual is not an option here. How “sporty” is that? Second, as good as it is, the single-clutch Sportshift II simply can’t compete with competitor’s dual-clutch units, specifically those coming out of Germany. With the V8 Vantage already slower than comparable competitors, the weight savings of the single-clutch unit just aren’t enough to sell the package as a bonus rather than a hindrance.

Better to go with the N420 trim. For almost $6,500 less than the S, you’ll get the sport suspension and lightweight exhaust, sport seats, carbon fiber throughout the body and unique wheels making it almost as light as the S trim, but with the option of a traditional 6-speed. On top of that, you’ll get clear taillamp lenses, power-folding mirrors, a memory system and front parking sensors to match the standard rears.

Of course, this is ignoring the base V8 Vantage, which is hardly lacking and gets some of the same visual and technological upgrades as the S for 2011. However, the powertrain will remain the same, with none of the suspension or steering updates the special editions enjoy. This is a good thing, as the V8 Vantage already had a near-perfect combination of performance and comfort, and the tauter suspensions simply make things uncomfortable. But for those who are looking to drive straight from the showroom to the track, the S and N420 offer palatable options if you can pay the per-plate fee.

Have you driven a 2011 Aston Martin V8 Vantage?
Rank This Car