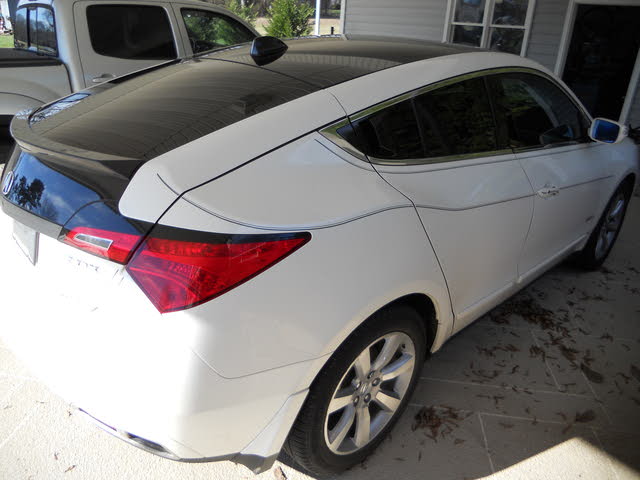 The Acura ZDX returns with few changes for its second go-round in 2011 and again offers up a midsize luxury crossover that is a stylish, coupe-like eye-catcher with a sloping roofline and huge sunroof. The downside is it’s a vehicle many feel stresses style over substance.

Most reviewers like the looks of the 2011 Acura ZDX as it rolls down the road, compliment its all-wheel-drive ride and handling and rave about a cabin they label topnotch in most every way. They also find fault, though, with much to do with the car Acura pushes as the flagship of its sports utility fleet. To be sure, the ZDX is sporty enough, but it comes up short on the utility side of the equation.

Compounding the issue, the ZDX, based on the MDX platform, has a difficult time competing in its own family. The popular MDX gets very good feedback as a luxury seven-seat SUV and ranks with the very best in its class. The 2011 Acura ZDX struggles to keep up. It seats five, but riders may come to blows over who gets the front passenger seat: The unlucky adult relegated to the back must deal with tight quarters.

The 2011 Acura ZDX lacks not only space for people, but also space for cargo, and its niche market appears to be affluent couples, young or old, who appreciate the good looks and a luxurious interior and don’t mind a vehicle that will comfortably carry not many folks nor much cargo. That neither bad terrain nor iffy weather will slow it down ranks as another plus.

A 300-hp, 3.7-liter V6 engine with 270 lb-ft of torque that requires premium gas powers the 2011 Acura ZDX. The engine teams with a 6-speed automatic transmission that allows for manual shifting from paddles on the steering wheel. The ZDX comes with Acura’s Super-Handling All-Wheel Drive, which is designed to maximize grip and traction through turns in any weather. Reviewers generally feel that it drives like a luxury car. EPA estimates come in at 16 mpg city/23 highway.

The 2011 Acura ZDX offers a couple of option packages that serve as its trims. A Technology package and an Advance package add classy goodies to an already-impressive list of features for the Base trim. The ZDX cabin may not be as roomy as others in its class, but reviewers like the design of it, and Acura loads what it does have with features, from heated, leather power front seats to a dramatic center stack of controls. Leather touches adorn the dashboard and steering wheel. A backup camera comes standard.

Upgraded leather upholstery, a navigation system with weather and real-time traffic information, keyless entry and start, and a premium stereo are among the highlights of the Technology package. Ventilated front seats, a sport steering wheel and ambient lighting are among the extras in the Advance setup.

The 2011 Acura ZDX features stability and traction control, antilock disc brakes with brake assist, side-impact airbags and side curtain airbags among its standard safety components. The Advance package adds blind-spot monitoring and a Collision Mitigation Braking System (CMBS) that works in conjunction with the radar on the adaptive cruise control. The system warns the driver, visibly and audibly, of an impending collision and has the ability to engage the brakes and tighten seatbelts.

Users ranked 2011 Acura ZDX against other cars which they drove/owned. Each ranking was based on 9 categories. Here is the summary of top rankings.

Have you driven a 2011 Acura ZDX?
Rank This Car