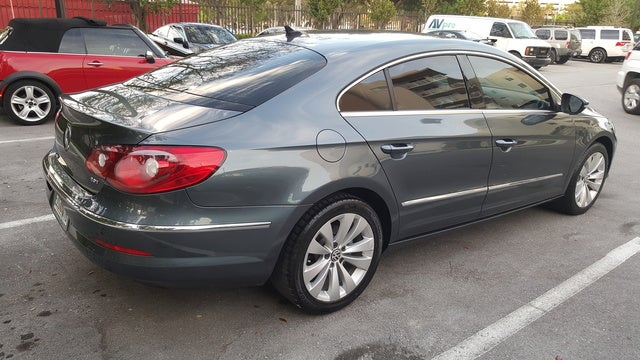 The 2010 Volkswagen CC combines sport coupe styling with the convenience of four-door sedan functionality, and adds aggressive performance and a comfortable, well-equipped interior to give owners the best of all worlds.

While this 2010 Volkswagen delivers on style and performance, most reviewers consider the Volkswagen CC sport sedan overpriced, especially when equipped with the V6 powerplant, which comes standard on the CC's two upper-end trims. 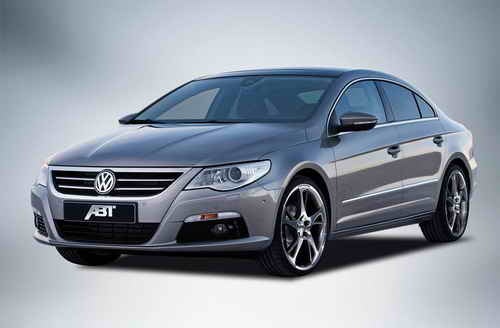 The 2010 Volkswagen CC straddles several automotive segments, which can be a good thing or a bad thing, depending on how you look at it. Owners who need the functionality of a four-door sedan to haul family and friends, but don't want to give up sporty styling and decent performance will find the CC an attractive option. However, the CC can also be considered a jack of all trades that excels at none. Add in a price point many consider too high, and the CC becomes a hard-to-classify car for a very specific type of buyer.

Combining the attributes of a sport coupe with the functionality of a four-door sedan, the 2010 Volkswagen CC enters its second year of availability with only a few minor updates. Bluetooth with voice control now comes standard on all trims, and VW adds a touchscreen to the AM/FM audio system on all trims for 2010. In addition, VW gives the VR6 Sport and VR6 4Motion trims new Vavona wood interior trim and upgrades the CC's base automatic transmission to a six-speed DSG (Direct Shift Gearbox) unit with Tiptronic, which enables drivers to shift manually using steering-wheel-mounted paddle shifters. European owners can also add a new R-Line package, which includes such exterior features as a front spoiler, front foglights, side skirts, smoked rear lights, and unique 17-inch wheels, as well as a unique leather-wrapped steering wheel. However, Volkswagen won't offer the package on U.S.-sold cars.

The Volkswagen CC shares its wheelbase and most of its components with the VW Passat, on which it is based. However, the CC stretches about 1 inch longer than the Passat and sits about 2 inches lower. In addition, it's about an inch and a half wider. As a result, the CC displays a wide, low profile, with a long nose and a rakish roofline, giving it a sportier appearance than the Passat. Exterior features for the CC include a distinctive chrome grille, bi-xenon headlights, heated side mirrors with integrated turn signals, LED taillights, and dual exhaust pipes.

The CC comes in Sport, Luxury, VR6 Sport, and VR6 4Motion trims for 2010. A turbocharged four-cylinder powerplant drives the Sport and Luxury trims, while the VR6 trims retain their beefy 3.6-liter six-cylinder engine. In addition, VW offers low-emissions PZEV versions of the 2010 Sport and Luxury trims for sale in certain states. The four-door CC seats four passengers, due to its bucket rear seats. All trims come well-equipped with a wide range of standard features.

Owners seeking more power can opt for either the VR6 Sport or VR6 4Motion. Both feature a 3.6-liter V6 engine, which uses a Bosch Motronic MED 9 engine management and ignition system to maximize efficiency and performance. The V6 produces 280 hp and 265 lb-ft of torque, and links to the six-speed automatic transmission. It drives the VR6 Sport from 0-60 in 6.6 seconds, and the VR 4Motion to 60 mph in 6.2 seconds. The EPA estimates fuel economy numbers for the V6 at 18/27 mpg for the VR6 Sport and 17/25 for the VR6 4Motion.

Both engines provide good performance with decent fuel economy, according to reviewers and owners. However, the V6 comes with a high price point, causing some reviewers to question its value. Owners who don't require the high-end performance of the V6 will find the turbocharged four-cylinder adequate for most types of daily and highway driving. The automaker recommends premium fuel for both engines to ensure maximum performance. The VR6 4Motion comes equipped with VW's four-wheel drive system, which provides maximum traction on all types of road surfaces. 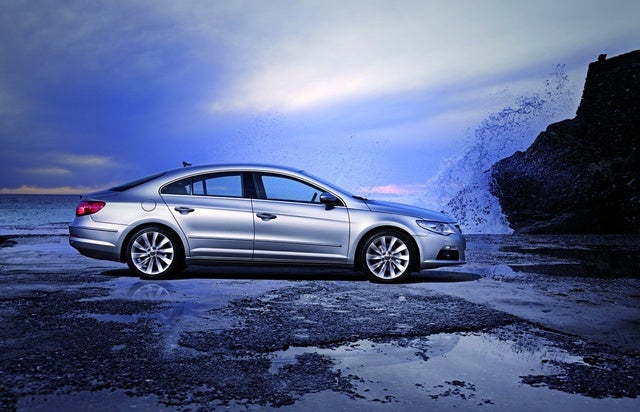 The Volkswagen CC rides on a sport-tuned suspension with MacPherson struts, triangular wishbones, and a stabilizer bar in the front, and an independent rear suspension with telescopic shock absorbers and an anti-roll bar. All trims feature electromechanical power steering. For the most part, owners and reviewers find the handling precise and agile, but some think it's feels light and fails to deliver good road feel. In addition, the brakes deliver good stopping power, but can be touchy, requiring a light foot, according to reviewers. Prospective owners should test-drive the CC before purchasing and decide whether the CC's handling matches their expectations.

Passengers will find good headroom in the front and plenty of legroom in both the front and back. However, due to the roofline's tapered profile, taller passengers may find head and shoulder room tight in the rear. Overall, the CC's seats provide good comfort and support for long trips and aggressive driving. Passengers will find plenty of interior storage spaces, including storage drawers in the middle console, front and rear door storage pockets, and front seatback magazine storage pockets. However, cargo space in the trunk checks in at just 13 cubic feet, due to the sedan's rear-end design. Fortunately, the rear seat splits 60/40 and folds down nearly flat to expand cargo space.

The 2010 Volkswagen CC delivers a quiet, comfortable cabin, which makes good use of high-quality materials borrowed primarily from the VW Passat. Owners will find good ergonomics, padded surfaces, and easy-to-operate controls throughout the cabin. Sport seats for all four seating positions and a 12-way power-adjustable driver's seat come standard on all trims, while the eight-way power-adjustable front passenger seat on the Sport trim upgrades to 12-way power adjustment on the other three trims. All CCs come equipped with heated front seats, as well as a leather-wrapped steering wheel and shift knob. The Sport trim features leatherette upholstery, while the other trims receive leather seats.

An eight-speaker AM/FM audio system with a touchscreen, 6-CD changer, Sirius satellite radio, and MP3 input jack comes standard on the Sport and Luxury trims, while the VR6 trims add a 10-speaker Dynaudio sound system with DSP (Digital Sound Processor) technology. Options for the Luxury and VR6 trims include a touchscreen DVD navigation system and a rearview camera.

Other standard safety features for the 2010 VW CC include a traction control system and antilock brakes with electronic brakeforce distribution. Engine braking assist, which uses sensors to monitor wheels for slippage and adjusts engine torque as needed to prevent skidding, also comes standard on all trims.

The 2010 Volkswagen CC receives high marks from owners, who like the sport sedan's quick performance, precise handling, smooth ride, four-door functionality, and comfortable interior, as well as its overall build quality. Owners especially like the CC's sporty exterior styling, which often initially attracts prospective buyers to the car. Some owners find the back seat a little tight, and note some visibility problems out the rear, due to the car's low roof and exterior design. Others would like to see a sunroof as an option, which VW currently does not offer. In addition, many owners do not consider the CC a true family car, because of its two-passenger rear seat. However, most owners are very pleased with the CC's combination of attributes.

helpccowner I have a VW CC that I love. It had a crank, no start. Towed to dealership, they replaced the CCM. Less than 25hrs NOTHING worked, but the radio. Car would not go into gear, look 3 hours to get into neutral. Does anyone have any suggestions?

Users ranked 2010 Volkswagen CC against other cars which they drove/owned. Each ranking was based on 9 categories. Here is the summary of top rankings.

Have you driven a 2010 Volkswagen CC?
Rank This Car

Rear View Camera Fail. I Get A "Camera Not Available" Message On My Info S...

Rear view camera fail. I get a "Camera not available" message on my info screen every time I shift into reverse, thoughts??? Dealer says they need to "explore" for nearly 300 bucks to check out the...

What Does The Epc Light Mean?

Backup camera not working in my VW cc luxury 2.0. I put brand new wiring harness in it less than a week ago. Still not working. Need suggestions on what else to check.

What Type Of Gas Does The Volkswagen CC 2.0T Require

What octane gas does a Volkswagen CC 2.0T require