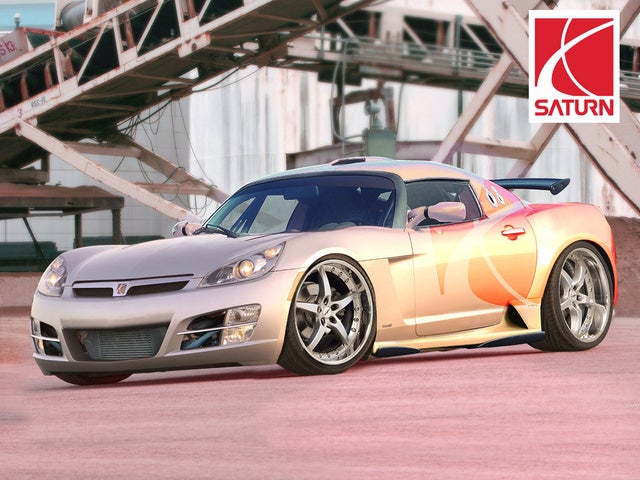 Saturn expands the Sky lineup for 2010 by adding a new Sky Roadster Preferred trim, which joins the existing base Roadster and the high-performance Sky Red Line trims. In addition, Saturn offers the Sky in new colors for 2010, including Sunburst Yellow, Dark Granite, and Kinetic Blue. Leather upholstery becomes a standard feature for the Sky Roadster Preferred and Sky Red Line, and Saturn adds a remote vehicle starter system as standard equipment to the Preferred and Red Line trims equipped with an automatic transmission. Also, all trims receive 18-inch alloy wheels with all-season radial tires for 2010.

Now in its fourth year of production, the two-seat Saturn Sky roadster retains its European-influenced, sports-car exterior styling, characterized by a low-slung stance, hood vents, a deep front air intake, a pronounced front fender center peak, and a chrome front bar with an integrated Saturn badge. The Sky still rides on GM's global rear-wheel-drive compact performance platform, which it shares with a number of other vehicles, including the Pontiac Solstice.

A 2.4-liter, double-overhead-cam four-cylinder Ecotec engine, producing 173 hp and 167 lb-ft of torque, powers the base Sky Roadster and Roadster Preferred trims. The Sky Red Line increases the power quotient with its turbocharged 2.0-liter, direct-injection four-cylinder Ecotec engine, which generates 260 hp at 5,300 rpm and 260 ft-lb of torque. Both engines link to a five-speed Aisin manual transmission with a short-throw shifter, which comes standard, or an optional five-speed automatic.

Have you driven a 2010 Saturn Sky?
Rank This Car

What was the last year for production