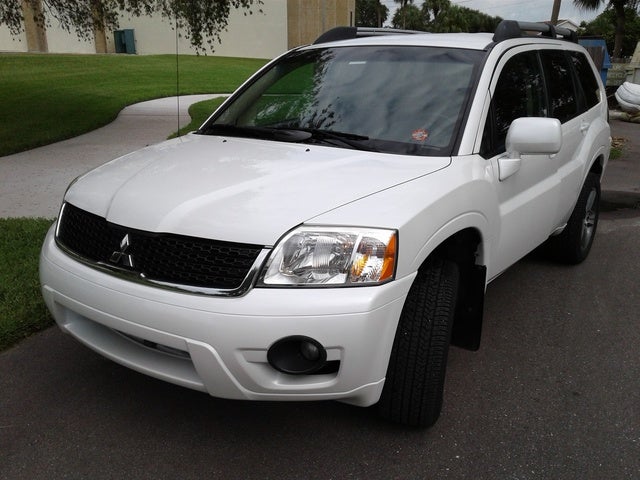 The Mitsubishi Endeavor was the first vehicle produced via Mitsubishi’s Project America PS platform, the same used in the Galant and the Eclipse. This midsize crossover SUV is produced at the manufacturer’s Normal, Illinois, plant and comes in front-wheel- and all-wheel-drive configurations. It offers only one option with regard to power delivery - a 225-hp, 3.8-liter V6 matched with a four-speed shiftable automatic transmission.

Sales have never been impressive for the Endeavor, failing to sell even half of its initially projected 80,000 units for the 2004 model year, with figures dropping every year hence, culminating in a total production drop in 2009. After an absence from showrooms last year, the Endeavor returns this year with a slight visual refresh for its two trim levels - LS and SE. While both come standard with front-wheel drive, the SE is additionally available with an AWD system to complement the many standard features of that trim, including automatic climate control, leather upholstery for the heated front seats, heated power mirrors, a 360-watt Rockford Fosgate stereo with 6-CD changer and satellite radio, 18-inch alloys, and more. Standard safety features for all trims include dual front, front-side, and curtain-side airbags, antilock four-wheel disc brakes with an antiskid system, a tire-pressure monitor, and daytime running lights. Back in 2008, FWD models gained the Active Stability and Traction Control (ASTC) system, a feature already standard on AWD models.

The Endeavor offers 40.7 cubic feet of storage space with the rear seats engaged and 76.4 when they're folded flat. The Endeavor’s V6 offers sufficient power across the rev range, but the generally smooth four-speed requires a heavy foot in order to coax downshifts. The manual-shift capability of the automatic comes in handy in these situations particularly. The ride is comfortable, with regard to both the seats and the suspension, offering a pleasant blend of performance and cushion, the sole weak point being the progressively weak steering.

Mitsubishi developed the Endeavor specifically for the American market - it was the premier model of that…ahem…endeavor, in fact. Still, the American market has not responded in kind. Mitsubishi hopes the year off and the visual refresh of the front and rear fascia will both change minds and turn heads.

What's your take on the 2010 Mitsubishi Endeavor?

Lori I love my endeavors, every one I ever owned. I have owned 2 2004's and now 2 2010's. Tried other SUV, but none compare to the room and capability of my endeavor.

Have you driven a 2010 Mitsubishi Endeavor?
Rank This Car

Has anyone got the right answer to this problem? Is it the trans, rear bearings, or something else. I changed break pads and rotors and also axles. Doesn’t have AWD.

The inside door lock on my driver's side stopped working and now the alarm goes off when door is opened, even if car was unlocked. ???