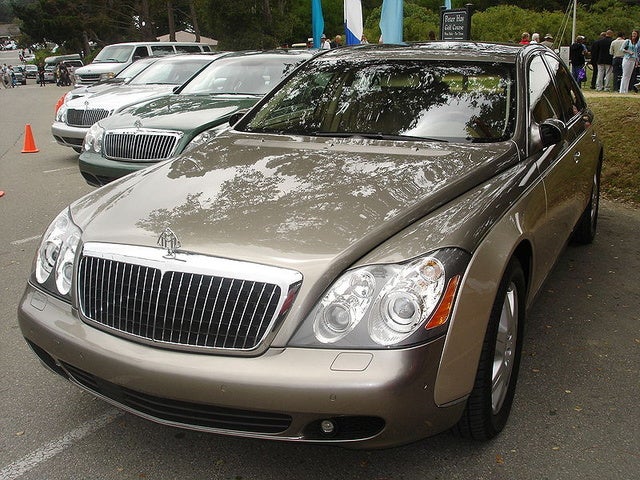 Looking for a Used 57 in your area?

CarGurus has 11 nationwide 57 listings and the tools to find you a great deal.

Most of us know Maybach solely from its reintroduction at the Toyota Motorshow by Mercedes back in 1997, when they unveiled the Mercedes-Benz Maybach concept. The Maybach story had its beginning more than 100 years ago, however, when it was founded to produce diesel and gasoline engines for zeppelins and locomotives. Ten years later Maybach produced its first automobile, and for the next twenty years, Maybach produced some of the most lavish and luxurious vehicles of that strange pre-war German era.

During the war, Maybach ceased automobile manufacturing to produce engines for Nazi Panther and Tiger tanks, amongst others, and automobile production failed to resume after the war. Daimler-Benz purchased the company in 1960, but the first automobile created under the Maybach marquee had to wait another four decades for its introduction.

Mercedes knew they had to produce something exceptional to reintroduce the brand they hoped would compete with Rolls-Royce and Bentley, and the Maybach 57 is the baby of that bunch. Designating its overall length of over 225 inches (or 5.7 meters), the Maybach 57 is shorter than its bigger brother, the 62, and intended to be owner-driven rather than for use with a chauffeur.

It looks like the long break in automobile production did nothing to harm Maybach’s luxury sensibilities, as the long list of standard features for the 57 includes a 21-speaker Bose sound system, a rear audiovisual system with dual monitors and DVD player, a navigation system with voice activation and Bluetooth integration, the Parktronic parking assist system, power sunroof, bi-xenon high intensity headlights, SmartKey remote entry and engine start, and multi-contour heated, cooled, and massaging seats with memory and hand-fitted leather seat trim. In fact, there are more than 100 hand-polished wood and leather trim pieces throughout the vehicle.

It’s powered by a 543-hp, 5.5-liter twin-turbocharged V12 that produces 664 lb-ft of torque ready for near-instant delivery to the rear wheels. All that power will be managed via an electronically controlled and adjustable, variable-height air suspension, along with stability and traction control. Nineteen-inch alloy wheels hide an electrohydraulic braking system that includes eight braking circuits and two calipers for each front rotor – all necessary to help slow the 6,000-plus-pound Maybach 57.

Three years after the introduction of the Maybach 57 and 62, the Maybach 57S was announced, which utilizes a 6.0-liter twin-turbocharged V12 good for 603 hp and a street-searing 738 lb-ft of torque. Mercedes is quick to let anyone know that the S stands for special and not sport, but still the 57S gets a sport…eh, “special”…suspension with stiffer springs and a half-inch-lower ride height. Wheels also grow to 20 inches on the 57S, to make it even “specialer.”

If you can get over a pricetag that’s even longer than the car itself, not to mention the Nazi thing, the Maybach represents strong competition for Rolls-Royce and Bentley. In fact, it seems the only thing the company has done wrong so far is its marketing, as so few have heard about it. Then again, it’s also a possibility that I’m not exactly Maybach’s target demographic.

Looking for a Used 57 in your area?

CarGurus has 11 nationwide 57 listings and the tools to find you a great deal.