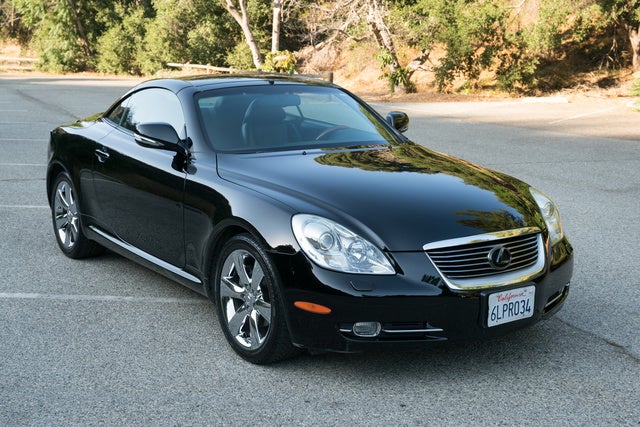 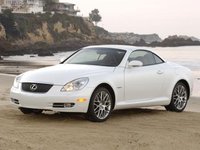 The SC 430 was initially marketed as the “jewel of Lexus,” the first convertible for the esteemed Asian manufacturer. Still, reception wasn’t universally positive upon release, and Lexus has strived to improve the vehicle with punctuated regularity. Now in its ninth year of its second generation, the 2+2 hardtop convertible was scheduled to return in 2011 as a “clean sheet” replacement, but has since been discontinued. Nevertheless, Lexus has decided to make some changes and additions to the SC 430 for 2010, rather than stick to a holding pattern in its final year before the full redesign. Here they’ve added puddle lamps to the sideview mirrors, new alloy wheels, Bluetooth, iPod connections, satellite radio, and a new look for the navigation system’s interface.

With its single trim, the rear-wheel-drive (RWD) SC 430 offers a 288-hp, 4.3-liter V8 that produces 317 lb-ft of torque and is mated to a shiftable six-speed automatic. The engine utilizes sequential electronic fuel injection and Toyota’s variable valve timing with intelligence (VVT-i), which accounts for its still reasonable 16/23 mpg rating, albeit with premium gasoline required.

An impressive list of standard features includes the aforementioned navigation system, a Mark Levinson stereo, leather and wood trim, and steering-linked headlights. This is not to ignore the heated, leather, 10-way power seats and memory system that also come standard.

The now-familiar design of the SC 430 was a collaborative effort between European and Japanese designers, led by Lexus chief engineer Yasushi Nakagawa and inspired by the architecture and culture of the French Riviera, specifically the famous yachts of the region. Additionally, the convertible was exhaustively tested in wind tunnels to improve airflow during top-down driving. Still, a wind blocker is a standard feature, and a rear spoiler can be added as one of the only available options, along with run-flat tires, a cargo mat, and unique alloy wheels of 18 inches, the same size as the standard fare.

The SC 430's certainly not the best deal on the market, but it does represent a better deal than similarly outfitted rivals. 2010’s additions, while not revolutionary, do nothing but add to that value as well. Again, this is the last year for the SC 430, so if it’s been on your shortlist, it’s time to decide.