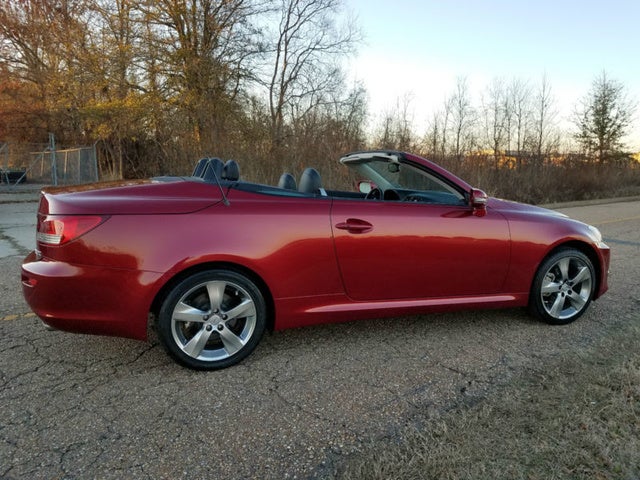 As a leader in hybrid vehicles, Lexus demonstrates its continuing commitment to fuel efficiency with the 2010 GS 450h sedan. Lexus has been a market leader in mating green technology with traditional luxury, correctly assuming that many hybrid buyers want a larger, more comfortable car that still leaves a smaller environmental footprint. The 2010 GS 450h features a full hybrid powertrain that mates a V6 gas engine with a high-torque electric motor to deliver improved fuel economy and reduced emissions. While not able to match the incredible efficiency of smaller hybrids like the Toyota Prius, the GS 450h still offers relatively good fuel mileage for a luxury sedan, along with the all-important "green" image that is all the rage these days.

Outside the GS 450h shares its sleek body style with other models in the GS range, boasting a slippery 0.27 drag coefficient. Unique 18-inch alloy wheels, a new grille, and special badges adorn the exterior, but overall there is little to distinguish the GS 450h from gas-only GS models. In an age where much of a hybrid’s appeal comes from the appearance of being green (modern hybrids use batteries made from toxic heavy metals that aren’t the least bit earth-friendly), the GS 450h might not demonstrate its earth-saving intentions clearly enough.

The hybrid drive system used in the 2010 GS 450h is essentially an enlargement of the existing design pioneered in the Prius and used throughout the Toyota and Lexus lines. Known as a parallel hybrid system, this sophisticated drivetrain can power the car with just the gas engine, just the electric motor, or a combination of both. The gas engine is a version of the 3.5-liter V6 used in other GS models, optimized with a fuel-efficient direct-injection system. While this 24-valve, DOHC unit doesn’t offer the miserly Atkinson-cycle architecture used in the Prius, it does deliver more power and torque than the gas engines in other hybrids. The electric motor used in the GS 450h is of the permanent-magnet type and delivers abundant low-end torque, especially from a standstill. Combined output from the gas and electric motors is 340 hp, transmitted to the rear drive wheels via a continuously variable transmission. Surprisingly the GS 450h is not only the most fuel efficient model in the GS range but the quickest as well; it storms from 0-60 mph in just 5.2 seconds on its way to an electronically limited top speed of 131 mph.

Certified as a super ultra low-emission vehicle (SULEV), the 2010 GS 450h delivers 22 mpg in the city and 25 mpg on the highway. A regenerative braking system recovers heat from the brakes and uses it to recharge the batteries for the electric motor. The battery pack itself is mounted in the trunk and takes up a significant amount of space; only 10.6 cubic feet are available for carrying luggage, and the rear-seat pass-through offered on other GS models is eliminated. Inside the cabin the GS 450h features a display that shows the status of the hybrid system and provides detailed efficiency and fuel-economy information. Extracting maximum efficiency from the GS 450h is a surprisingly entertaining affair, requiring gentle throttle inputs and careful advance planning in traffic to achieve higher fuel mileage.

Driving the 2010 GS 450h one immediately notices the quirky aspects of its hybrid drivetrain. At parking-lot speeds the gas engine often shuts down and the GS 450h moves entirely under electric power, an eerily silent experience. The regenerative brakes take some getting used to, as does the continuously variable transmission, which doesn’t have traditional shift points. With the additional torque delivered by the electric motor, acceleration is quite brisk off the line, though passing power is slightly lacking. The GS 450h chassis uses the same four-wheel independent suspension as other GS models, but the extra weight of the hybrid system does the handling no favors. The car's electric power steering feels artificial, though the lightly weighted wheel is a boon in tight parking lots. While the ride is comfortable, the GS 450h objects when driven hard, the body listing significantly and the front end pushing into moderate understeer once grip limits are reached.

Inside the GS 450h buyers will find an interior dripping with opulent touches. Lexus believes that even the Sierra Club set can appreciate luxury, and to that end has equipped the GS 450h with every comfort and convenience feature imaginable. While the design is shared with other GS models, special touches like semi-aniline leather (which uses less dye in its production) accentuate the earth-friendly aspects of GS 450h ownership. The special leather seats feature 10-way power adjustment and are both heated and ventilated for comfort in all conditions. SmartAccess keyless entry and push-button start come standard, as do a power sunroof and auto-dimming mirrors. The dual-zone automatic climate control includes both an automatic smog filter and interior cabin filter to keep the air inside as clean as possible.

Like other Lexus models the GS 450h is fitted, cocoon-like, with an abundance of multi-stage airbags and other safety features. In addition to the usual front, side, and curtain bags, the GS 450h features an under-dash knee airbag that protects the front-seat occupant’s legs in a frontal collision. The energy-recovering brakes feature both antilock control and electronic brakeforce distribution; they bring the heavy GS 450h to a halt in an admirably short distance, though the pedal feels oddly sensitive. A standard crash notification system (similar to GM’s OnStar) provides an extra measure of security and also functions as a stolen-car recovery system in the event an environmentally conscious thief rips off your new GS 450h. In Insurance Institute crash trials the GS 450h performed very well, earning the top rating of Good in both front and side impact tests.

Overall the 2010 Lexus GS 450h is everything a luxury hybrid should be: comfortable, stylish, and (reasonably) environmentally conscious. While it may not shout its earth-friendliness from the rooftops, the GS 450h nonetheless provides a socially responsible alternative to the big luxury sedans that are increasingly unpopular in some circles. Though the driving experience is slightly idiosyncratic, most owners will quickly acclimate to GS 450h ownership, and some may find themselves seduced by the unusual pleasure of gentle, high-mileage driving. However, being green in a GS 450h will require quite a bit of green from your wallet; its base price of $57,450 is more than ten grand more than a gas-only GS 350. Strangely the GS 350 suffers only a 3-mpg penalty in the city and actually gets better highway mileage than its hybrid brethren, lending credence to the theory that the GS 450h, like many hybrids, is more adept at assuaging the eco-guilt of its owner than it is at actually saving the environment.

Have you driven a 2010 Lexus GS Hybrid?
Rank This Car