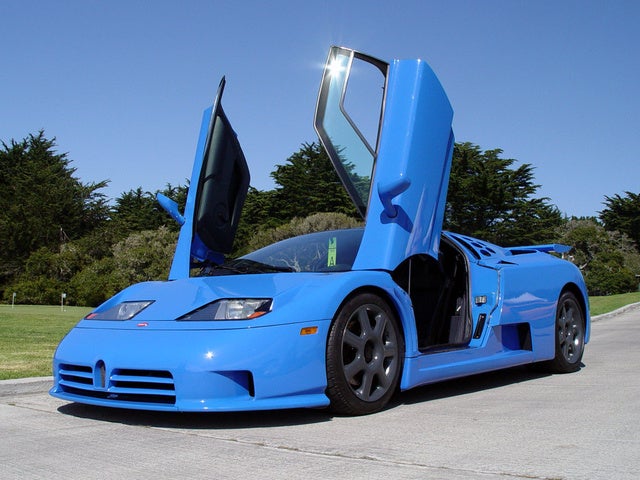 The 2010 Lamborghini Gallardo stirs the soul as only an Italian sports car can. Under Audi’s stewardship the once-moribund company founded by tractor magnate Ferruccio Lamborgini has flourished in recent years, offering custom-tailored exotics that pair Mediterranean flair with Teutonic sensibility. As the first Lamborghini developed under German ownership, the Gallardo coupe debuted in 2004 to rave reviews. Since then Lamborghini has continually improved and expanded the line, introducing a Gallardo Spyder convertible in 2006 and a lightweight Superleggera model in 2007.

For 2010 Lamborghini offers the Gallardo in four distinct flavors. The "base" trim, if a car that lists at $198,000 can be called base, is the Gallardo LP 560-4 coupe. A drop-top variant, the LP 560-4 Spyder, offers the sublime pleasure of al fresco motoring, while the Gallardo LP 570-4 Superleggera (superlight) features partial carbon-fiber construction as a weight-saving measure. The most elemental Gallardo is the LP 550-2 Valentino Balboni, named for Lamborghini’s legendary factory test driver (just about the sweetest gig on earth), which features a stripped down, rear-wheel-drive drivetrain and re-calibrated transmission.

Lamborghini finishes the Gallardo to the standard expected of an automobile that costs more than many homes. In the grand Italian tradition of the Carrozzeria (coachbuilder), the Gallardo’s artful aluminum bodywork can be painted in an endless variety of colors, with or without a racing stripe. If one of the paint department’s special three-layer colors like Nero Nemesis (cost: $26,000) doesn’t strike your fancy, Lamborghini will happily match the paint on your new Gallardo to any sample you provide for just $7,260. The seemingly endless option list includes items like carbon-ceramic brakes ($15,600), Cordelia-style rims ($5,200), and fitted leather luggage ($7,800).

Inside the Gallardo nearly every surface is covered in French-stitched leather of otherworldly fragrance and suppleness. The manual adjust buckets (power seats are $3,630!) are firmly bolstered and feature the slightly recumbent driving position that is a Lamborghini hallmark. The Audi-sourced HVAC and stereo controls, while lending a somewhat cheap, parts-bin touch, function very well. Likewise the placement of the switchgear and instruments is accomplished with Germanic precision, finally doing away with the scatter-shot approach of Italian engineers who, rather than fitting early Countach’s with a rear-view mirror, used a submarine-style periscope window instead.

Mounted amidships, the Gallardo’s naturally aspirated V10 engine was developed by Audi, but features a distinctly Italian character. The all-aluminum power plant displaces 5.2-liters and revs to an astonishing 8,700 rpm. Depending on trim the incredible V10 makes between 560 and 570 hp and 398 lb-ft of torque. In addition to delivering extraordinary specific output (over 100 hp per liter without forced induction), the Gallardo’s engine is extremely responsive yet tractable around town. Indeed for those accustomed to the histrionics of say, a carbureted Countach, the Gallardo represents a new age of Italian exotics that can be driven around town without overheating or weeping expensive fluids. Yet bury the throttle, and the 2010 Gallardo leaves no doubt about its true purpose.

Transferring 560-plus horsepower to the pavement is no easy task, but the Gallardo’s advanced all-wheel-drive system (standard on all but the LP 550-2 Balboni) features a viscous coupling that enables the wheels to hook up like teenagers on prom night. With sticky Pirelli tires clawing at the pavement, the Gallardo LP 560-4 storms to 60 mph in 3.7 seconds, throwing the two lucky occupants back into their seats with otherworldly force and leaving mere Porsches and Corvettes in the dust. Even more soul-stirring than the performance is the ethereal cacophony emitted by the V10; at full throttle it delivers an awesome howl that will literally raise hairs on the back of your neck.

The Gallardo’s fully synchronized six-speed manual transmission comes in two flavors, regular and e.gear. The traditional manually shifted gearbox features a slightly intimidating gated shifter forged from polished metal. Slotting into gear with the crisp metallic click common to Italian transmissions, the manual requires a firm but delicate touch, especially when cold. The optional e.gear transmission uses the same hardware, but swaps the stick and clutch for a servo-controlled electronic shifting system actuated by paddles on the steering column. While the e.gear system delivers incredible performance (shift times are measured in milliseconds), it doesn’t deliver the same level of involvement as the traditional stick and costs a heart-stopping $10,000.

The Gallardo, like most modern supercars, possesses handling limits so high they can be properly exploited only by professional drivers. The massive, sticky tires, AWD, and mid-engine configuration enable the Gallardo to be thrown violently into corners at near triple-digit velocities with nary a hint of instability. Though a blast on the street, cars like the Gallardo should really be exercised to their full potential only on a track, as overcooking a turn on public roads would likely result in a very long, expensive visit to one of the few repair shops capable of straightening the aluminum bodywork. While impressively capable the Gallardo doesn’t quite approach the level of handling finesse demonstrated by cross-town rival Ferrari’s F430 model. The steering in particular feels rather numb and heavy, whereas the Ferrari’s rack is light and direct and transmits feedback perfectly.

On the street the level of attention garnered by the Gallardo can actually approach annoying; be prepared to endure paparazzi-esque attempts at drive-by cell-phone photography. Owners should be ready for a fusillade of questions, as passers-by always want to know how fast it goes and, of course, how much it costs. Yet if you’re one of the lucky few able to afford it, Gallardo ownership is a transcendent experience. From its outrageous styling to its incredible performance, Lamborghini elevates the motoring lifestyle to new heights.

What's your take on the 2010 Lamborghini Gallardo?

Have you driven a 2010 Lamborghini Gallardo?
Rank This Car

Hello! I've Verifierd My Ad With A Requested Photo From Cargurus, Has Been ...

Hello! I've verified my ad with a requested pic, per Cargurus, still says processing, has been two days??