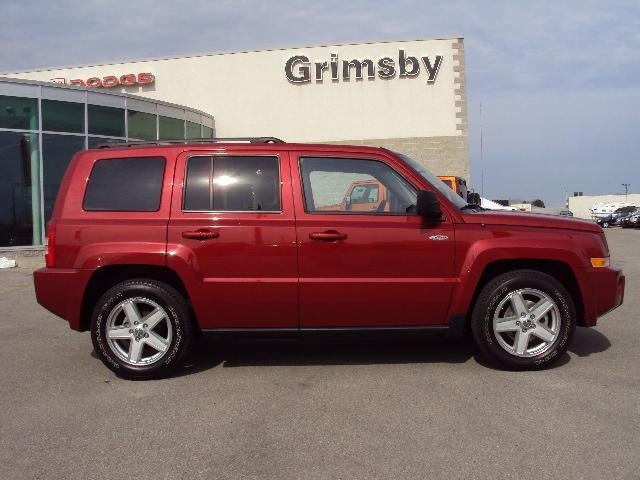 The 2010 Jeep Patriot offers a completely capable example of an entry-level SUV that offers comfort and quality without having to double the entry-level price.

The two engines available for the 2010 Patriot are underpowered, unrefined, and not particularly efficient.

While the Patriot poses to present itself as a powerful pioneer onto precarious paths, reality gets in the way. Yes, the Patriot is capable of handling off-road duty, especially with the ridiculously named Freedom Drive II, but it will never be a rock or hill climber. Ignore the 2.0-liter engine, decide if the addition of AWD is necessary for your use, and walk away with a competent entry in the compact crossover/SUV market.

The Jeep Patriot has been sitting between the Compass and the Liberty in Jeep’s lineup since its debut at the New York Auto Show in April 2006. While the Patriot is considered a crossover and, like the Compass, is built on the Dodge Caliber platform, the four-door Patriot fills the SUV slot the Cherokee left upon its demise, and as such, ranks as the least-expensive SUV in America, with an entry price under $18,000.

Many small changes were made to the 2010 Jeep Patriot, although you might miss most of them. Starting with paint options, Surf Blue Pearl has been deleted in favor of the new Natural Green Pearl, and Jeep Green Metallic has similarly been dropped for Optic Green Metallic. Body-color door handles and license-plate brow are now standard on all but Sport trims, and the 17-inch aluminum wheels are now silver painted. Additional interior changes were made, although it seems both the Patriot and Compass will be discontinued by 2012, to be replaced by a single Fiat model, now that the Italian manufacturer has taken over ownership of Chrysler LLC. 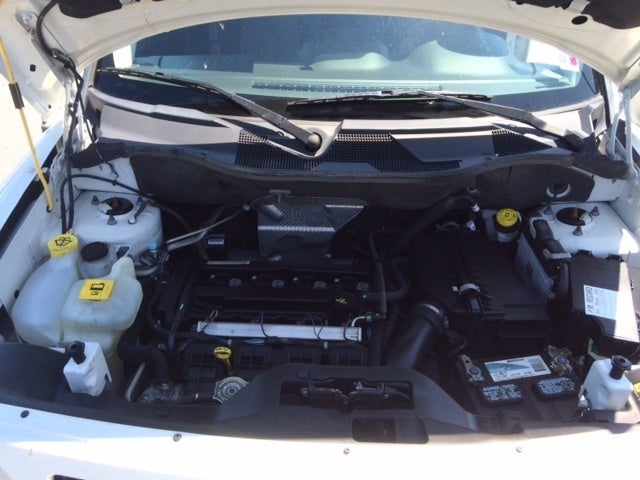 A 172-hp, 2.4-liter inline four-cylinder engine (I4) powers most Patriot trims, and with 165 lb-ft of torque, it’s certainly not a pavement pounder. All trims are available with either a five-speed manual or CVT transmission and buyer’s choice of front-wheel drive (FWD) or one of two different all-wheel-drive (AWD) systems – Freedom Drive I or II, the latter requiring use of the CVT.

Both engines are loud and coarse, with noise permeating the cabin with seeming aggression. While the 2.4-liter engine is far from fast, the CVT provides a particular penalty, especially in high-load situations, and the 2.0-liter engine follows suit, with little trade-off.

The Patriot provides nearly car-like handling with little compromise, even with the larger off-road tires and stiffer suspension of the AWD models. Steering is pleasantly and predictably responsive, with natural feel and feedback. Despite its entry-level price, the Patriot manages to deliver a ride that is far from inferior, even surpassing that of many of its competitors in both response and absorption, and standard traction control provides stability even in FWD trims.

The Patriot cabin received the majority of the changes for 2010, with small augmentations like LED-lighted cupholders, redesigned knobs for climate controls, a newly available six-way power driver’s seat, front-seat active head restraints, and a leather-trimmed parking brake handle now added to Limited trims. Additionally, the power mirrors are now heated, and Tip Start has been added to trims equipped with the CVT.

The cabin has always been a high point of the Patriot, and previously mentioned modifications only reinforce its reception. Blending rugged styling with mid-scale luxury, padded surfaces remove any worries about the Patriot appearing cheap, and a logical and convenient design puts all controls well within reach.

The Patriot doesn’t show its economical upbringing in the safety department, with standard dual front and curtain-side airbags, antilock brakes with brake assist and an anti-skid system, a hill-holder clutch, and a tire pressure monitor. The NHTSA awarded the Patriot four stars in frontal collisions involving the driver and in rollover, but five stars in all other tests.

Owners are very pleased with the Patriot’s interior and general styling and comfort, as well as its pleasant and comfortable ride. However, many complain about underpowered engines that lack the economy that would account for their lack of grunt. Off-road capabilities are split, with some impressed that their crossover can actually drive across the lawn without issue, and others complaining that it’s an off-road SUV in name only.

Users ranked 2010 Jeep Patriot against other cars which they drove/owned. Each ranking was based on 9 categories. Here is the summary of top rankings.

Have you driven a 2010 Jeep Patriot?
Rank This Car

I have a 2010 jeep patriot and the remote unlock won't work. the headlights flash but the doors stay locked. The remote start does work from the key fob and once the car is turned on, the unlock but...

Door Locks Keep Locking And Unlocking Even If Key Is Off And Out Of Ignitio...

something keeps draining battery while engine is off

30 Inches Tyers On A Jeep

Can I put 30 inche mud terrain tyers on my jeep patriot 2010 with out a lift kit.