The 2010 Jeep Liberty offers off-road experience and the unique Sky Slider option that is an industry first.

Terrible fuel economy from a loud engine comes close to ruining the Jeep experience in the 2010 Liberty.

With the dubious honor of being named one of U.S. Consumer Reports magazine’s “11 Worst Cars of 2008,” the Jeep Liberty has had a spotty and short life. Introduced in 2002, it was redesigned in 2007 and linked to the Dodge Nitro, with which it shares a platform, which led to that painful review.

A new standard feature for 2010 is Chrysler's Interactive Decel Fuel Shut Off, a system that cuts fuel delivery during deceleration to increase efficiency. This comes on Sport and Limited trims, both of which are powered by a 3.7-liter V6 mated with a four-speed automatic transmission. Available in standard RWD and buyer’s choice of two different 4WD drivetrains, the Liberty is one of Jeep’s compact SUV offerings, slated just above the Compass and Patriot. 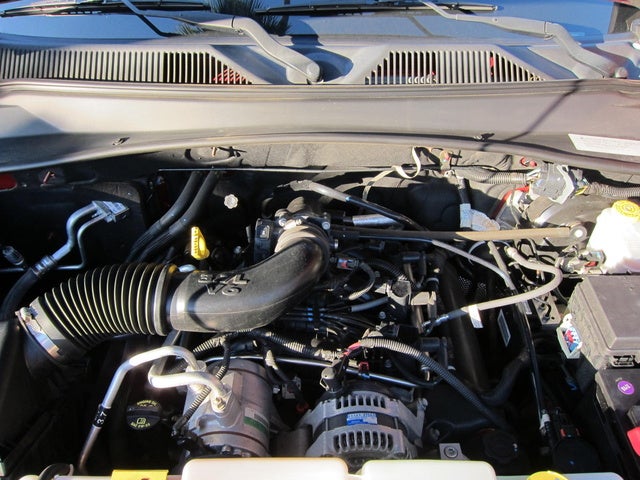 The Liberty’s sole engine, a 210-hp, 3.7-liter V6, is competent at best, struggling at speed and letting you know in the process. A rough and ragged sound pierces into the cabin at anything above a relaxed cruise, and the archaic four-speed automatic transmission requires enough coaxing to downshift that you’ll wish you were wearing spurs.

The Command-Trac 4WD system is the more rugged of the two and cannot be left engaged on dry pavement, as opposed to the Selec-Trac system, although both come with a low-range gear for off-road use. Maximum towing capacity for the Liberty is 5,000 pounds, quite respectable for a compact SUV, but the fuel economy rating of 15/21 mpg leaves many questioning what the trade-off is. RWD versions fare little better, gaining only 1 mpg at both ends.

Broken road surfaces will induce some dancing, and this is worsened during cornering, where body lean and roll are evident. Normal bumps and dips are handled with relative poise, however, especially considering the size and structure of the Liberty.

A neutral, almost absent steering feel warrants almost no comment, but the brakes offer so little feedback as to alarm. Thankfully, little difference is noticed between RWD and 4WD trims, especially considering the off-road ability of these little SUVs.

The Liberty tries for a rugged ambiance that reflects its marque’s heritage, but the lack of luxurious materials and an over-abundance of hard plastics simply imply a cheap feel. Seats are comfortable and supportive, although some find they are too upright, with a lack of adjustability to suitably compensate for the angle. Headroom is lacking for taller drivers, and a tight, cramped interior leaves many feeling claustrophobic. Rear seats lack in legroom, and a door design that tapers toward the bottom unnecessarily complicates entry and exit.

A unique feature, a retractable canvas roof covering both seating rows, which Jeep calls the Sky Slider, offers a fun option for those who choose it. Surprisingly, when closed it offers impressive sound isolation, in noticeable contrast to soft tops in other Jeep offerings throughout its history.

Dual front and curtain-side airbags with rollover deployment contribute to five-star ratings in NHTSA tests for frontal and side impacts involving both driver and passengers, not to mention front-seat active head restraints, although rollover tests earned only three stars.

Four-wheel antilock brakes with brake assist and an anti-skid system are also standard, as well as hill ascent control and a tire pressure monitor.

While the Liberty seems to have found its place among consumers, offering Jeep sensibilities with far fewer of the drawbacks of the Wrangler, issues still crop up among owners. Poor fuel economy that seems to be a Jeep trait of late is a very common complaint, especially when considering the lack of performance and refinement of the engine and transmission. Comfort is also a factor, with many finding a lack of space inexcusable even for a compact SUV.

Have you driven a 2010 Jeep Liberty?
Rank This Car

Engine Light Flashing Throwing 7 Codes What Is The Issue

The 3.7 L engine on my 2010 Jeep Liberty is a V6. I understand the firing order to b e 165432. This engine has coil packs not individual coils. How are the coil packs assigned to the cylinders? Does...

Alternator And Battery Not Charging

Car won't start not even clicking. We bought a new alternator and battery. The next day dead again. Help. What could be the problem?