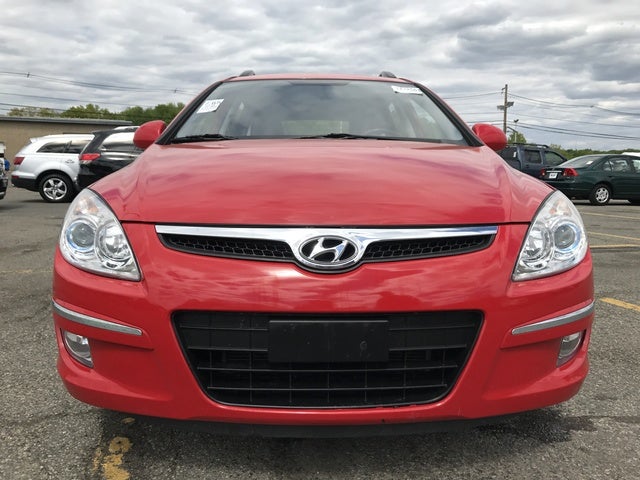 The 2010 Hyundai Elantra Touring is a practical and fun-to-drive family vehicle with a ride and interior that outperform its pricetag.

The 2010 Elantra Touring isn’t as economical as many Hyundais, and the four-cylinder engine can strain under the vehicle’s weight.

The 2010 Hyundai Elantra Touring is a revelation both inside and out. Its performance, cabin quality, standard features, cargo space, safety, warranty, and style are all first-rate at this price.

The Elantra Touring was introduced in 2009 and came in just one trim level, but it has been broken into two trims for 2010 – the base GLS and the well-appointed SE. Prices for the 2010 actually dropped, so consumers can now get into a new Touring at a cheaper price than they could in 2009, or they can spend a bit more and get all the accoutrements.

Hyundai refers to the Elantra Touring as a five-door hatchback, which it is, but it’s clearly a descendant of the classic station wagon. With its moderate price, emphasis on safety, 5-year/60,000-mile warranty, and ample interior space, it is an ideal starter “wagon” for a young family or an excellent economy option for drivers looking for extra cargo space without sacrificing handling. Happily, the Touring’s European roots and sporty ride feel much more like something you’d find in a peppy hatchback than some lumbering station wagon.

The Touring has a sporty look to go with its feel. It has 17-inch chrome-trimmed alloy wheels, slender twin air intakes on the blackout grille, tapered projection headlamps, chrome accents on the bumper, and Volvo-like vertical taillamps that extend almost to the roof.

Both the GLS and the SE are powered by a 2-liter, DOHC four-cylinder engine with variable valve timing and 141 horsepower. A five-speed manual transmission comes standard, or buyers can select the optional four-speed automatic. The Touring is front-wheel drive and uses regular grade gas. With the manual transmission the Touring gets 24 city/33 highway mpg, excellent numbers for a five-door vehicle.

Its four-cylinder doesn’t rocket the 3,080-pound Touring off the line, but it offers ample midrange power for merging and passing. The available automatic transmission decreases the Touring’s pep and fuel efficiency.

Here’s where the Elantra Touring surprises. A quick look at the tall and boxy wagon might suggest a sluggish or sloppy ride, but that’s really not the case.

The MacPherson front struts and multi-link suspension in the rear provide a firm ride without being harsh. The Touring takes an arrow-straight line on the highway and has minimal body lean when cornering. Its steering is precise and responsive (Hyundai refers to it as "high-performance") and the four-wheel antilock disc brakes provide nice pedal feel and reliable, no-fade stopping.

The Touring's acceleration is only average (0-60 mph in 8.8 seconds), but that’s to be expected in a wagon-type vehicle. Wind noise is minimal, but there is some intrusive engine noise at higher speeds. But with its comfortable seats, excellent handling, good fuel efficiency and cargo space, this is clearly the kind of car meant for both long road trips and quick jaunts to the grocery or lumber yard.

Like its athletic handling, the Touring’s interior is pleasantly surprising. The driver is presented with large gauges and simple controls, all arranged in a clean and ergonomic manner. The seating position is high with clear sight lines and provides great head- and legroom for the class.

The interior materials are mostly soft, plush, and high quality, and at night the cabin is illuminated with a stylish blue LED light. Add that to the excellent build quality, and the Touring hardly feels like an economy wagon. The rear seats provide plenty of room for two above-average-size adults.

The Touring boasts an impressive 125.5 cubic feet of interior volume, including 24.3 cubic feet behind the 60/40-split rear seats and 65.3 cubic feet with those rear seats folded flat. There is also an abundance of storage nooks – two-level storage in the center console, a covered dash-top bin, a padded and segmented storage area under the rear floor, front seatback pockets, bottle holders in the front doors, and twin cupholders in the front and rear.

The Touring received five stars in NHTSA crash test results for the driver and passenger.

Elantra Touring owners are wowed by the interior of the car, noting that the materials and overall construction feel like they belong in a higher-priced car. There also seems to be universal appreciation for the ample cargo space, especially with the back seats down. Owners enjoy the Touring’s performance, but don’t rave about it like the experts.

The only repeated complaint is that the Touring didn’t ride super smoothly on rough surfaces, but that seems like a footnote compared to the positive reviews from owners.

What's your take on the 2010 Hyundai Elantra Touring?

Users ranked 2010 Hyundai Elantra Touring against other cars which they drove/owned. Each ranking was based on 9 categories. Here is the summary of top rankings.

Have you driven a 2010 Hyundai Elantra Touring?
Rank This Car

Tire Problem - What Type Of Tire Should I Replace With?

I was very disappointed to find that one of the tires on my 2010 Elantra Touring had a sidewall bulge. I did some research and found that the OEM tires, Kumhos, are known for developing these bulges...

I'm curious, why does my cruise control no longer work ... had the car almost 2 years, and for the past 6 months the cruise will not engage? I also have an ESC dash light that comes on. And, one las...

We have a 2010 Elantra Touring. The air bag light is in constantly. Took it in to the dealer and my regular guy, both said it was a "switch" in the passengers seat that required the entire seat bracke...

Heat On One Side

I only have heat on the driver's side of the car and it's not a duel climate and I already changed the the blend door actuator and that didn't change anything.