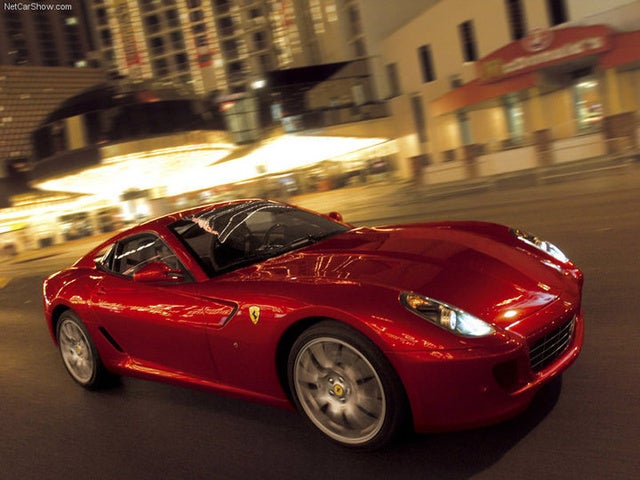 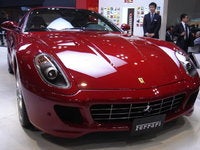 It’s not an easy thing, doing retro right. We’ve seen it attempted a lot lately, with Ford, Dodge and Chevrolet all attempting to recapture the '60s with their neo-classic versions of the Mustang, Challenger and Camaro. They’re all trying too hard. When it comes to retro, the old cliché applies: Less is more. That’s an odd statement to try and apply to a Ferrari, especially one with a 612-hp, 6.0-liter V12 under the hood. But it’s true.

The designers of the new Mustang, Challenger and Camaro all took care to make sure their new creations immediately called up their namesake roots, fitting them with styling cues which left no doubt as to their foundations. The results are attractive modern takes on American classics. Unfortunately, they also look a bit like full-size versions of cheap die-cast models. Sure, they recall the cars named on their trunks, but they’re a bit too bulky, too plastic, too soft. Something isn’t right.

Not so with the 599. A true Gran Turismo Berlinetta, the 599 offers the classic layout of front-engine/rear-drive in a 2-seater that reminds you of days gone by without looking like a soft-edged copy of a copy. Midengine supercars get all the press today, so I guess we can even call the 599 GTB “quaint.”

Of course, Ferrari doesn’t want you ever calling it quaint, so it has added Fiorano to the tag, piling on all the racing pedigree its famous test track can add to the name. Just looking at the 599 GTB with its flying buttresses out back, its long hood and its swooping curves dying in a seemingly endless series of scoops and vents and louvers, you can’t help but be reminded of the Ferraris of old.

Ferrari admits it looked to the 365 Daytona for inspiration when designing the 599, but the Daytona didn’t have an aluminum space-frame chassis, and while both cars sport pentagram rims, the 599 gets the more modern split spokes to save weight. True retro means inspiration, not duplication.

The 599 manages it well, utilizing a traditional, naturally aspirated V12 that set the record as the most powerful used in a road car when it was placed in the Enzo. Old meets new. With 612 hp (that’s 103 horses per liter - impressive in any era) and 448 lb-ft of torque ready to wrinkle the road behind you, you get a choice of two 6-speed transmissions that will sit behind you and the passenger of your choice. There’s a standard three-pedal manual – an option that is quickly disappearing – and an F1-inspired SuperFast Automated Manual, which Ferrari boasts will manage gear-shift times of just 100ms, with actual gear engagement occurring in 40ms. With numbers like that, there’s little room to complain that it’s still a single-clutch unit, as opposed to the newer dual-clutch transmissions we’re seeing. The SuperFast is a feat of electrical engineering, yes, but I’d still prefer a clutch pedal and gear knob, preferably in mahogany.

More modernity can be found in the suspension’s magnetorheological shock absorbers, boasting oil containing metal spheres that allow adaptive viscosity when subjected to an electronically controlled magnetic field. The system monitors speed, lateral g forces and road conditions to instantly increase or decrease the viscosity of the shock oil accordingly. Ferrari wants you to think it came up with the idea, but it was developed by Delphi and first used by Cadillac, believe it or not. Regardless, it works, helped quite a bit by F1-Trac, the traction control system Ferrari pulled from its F1 cars. It’s governed by the manettino (little manager) knob on the steering wheel, which changes the settings for the dynamic control system – suspension, traction control and gearbox alike. Simply, it modulates power delivery to the wheels for optimal traction, and Ferrari claims a 20% increase in acceleration out of turns. Choose between “Normal,” “Sport” and “Race” modes, offering increasingly insane levels of performance with regard to rev holding, shift times and suspension settings. Or there's the only-for-immortals option of turning F1-Trac off, which has led to a crash for at least one reviewer for a magazine that will remain unnamed.

In that regard, the 599 is very much like old Ferraris – seductively dangerous – just like that little red knob on the steering wheel begging for you to give it a turn. Yes, of course you can handle it. You’re a racecar driver now. Turn it again – traction control is for sissies anyway. And just like that – shunt. Ditch.

Before you stuff it, you’ll be praying the carbon-ceramic brakes will really drop you from 70 to 0 mph in the advertised 145 feet. Or more specifically you’ll be praying there’s more than 145 feet between you and that ditch. But if you can quiet that not-so-still, small voice repeatedly assuring you there’s Andretti and Schumacher blood coursing through your veins, if you can manage to resist twisting that little red knob, you should avoid that other quirk Ferraris are known for – exorbitant repair bills.

The 599 is retro in the best sense of the word, with none of the kitsch or heavy-handed plays on nostalgia that get tired in just a few years. It blends classic grace with modern tech into a package that can excite and kill – often at the same time. That’s the best recipe for a GT car, after all. Whether it will get placed alongside icons like the 250 GTO and the 365 Daytona will depend on the fickle nature of fate, but for now it stands securely at the top of the GT food chain.