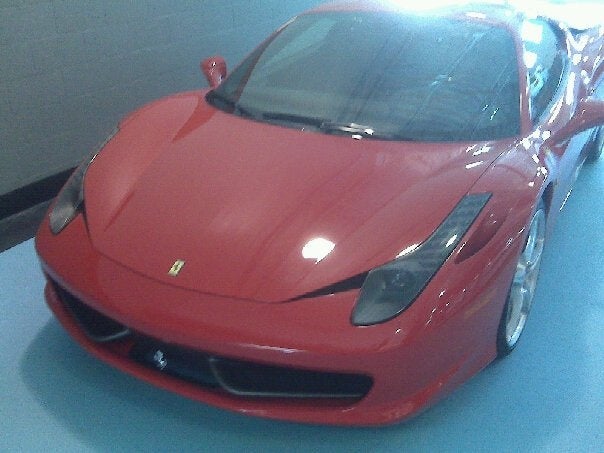 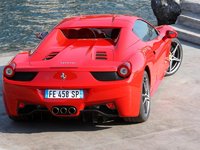 Never one to stand for staleness in its stable, Ferrari announced the successor to its fabled F430 at the 2009 Frankfurt Motor Show. Designed from the ground up, the 2010 Ferrari 458 Italia seems more than ready to take up the mid-engine mantle over at Maranello. It’s rumored to be the last car developed by Ferrari with the help of World Champion Formula One driver Michael Shumacher, and if true, it seems Michael wanted to be remembered.

Designated “Italia,” the 458 is supposed to represent “a synthesis of technological innovation, creative flair, style and passion,” according to Ferrari Chairman Luca di Montezemolo. It was this concept that led him to add the mother country’s name to the usual numerical designation, which here signifies the car’s direct-injection, 4.5-liter V8.

I suppose “Italia” is a lot catchier than “Unnecessary,” although both are applicable, as the 458 offers an additional 87 hp and 55 lb-ft of torque over the outgoing F430, a car that already accelerated to 60 mph in a blurry 4.0 seconds. Ferrari claims the 458 will do the same run in 3.4 seconds, and with 570 hp available at a stutter-inducing 9,000 rpm, not to mention 398 lb-ft of torque down at a comparably mild 6,000 rpm, there’s little reason for doubt. And if 6,000 rpm isn’t low enough for you, 80 percent of that torque figure is available at only 3,250 rpm. Keep in mind, there’s no forced induction here, either. This is with 100% natural aspiration, and Ferrari claims it’s the highest output achieved from a naturally aspirated engine ever. If nothing else, at 9,000 rpm the damned thing spins higher than any engine Ferrari has ever produced, and that’s not an easy feat to beat.

Power delivery to the larger and wider 20-inch wheels is handled by an all-new, paddle-shifted, dual-clutch, seven-speed automated manual that Ferrari claims can switch between gears even faster than the Scuderia’s incredible 6-millisecond time. The gear ratios have been calculated to take advantage of the Italia’s incredible low-end torque, while still allowing the metal missile to reach a purported 202 mph top speed.

But speed and power weren’t the only concern, as emissions were taken into account here as well. Thanks to a wealth of improvements, the Italia manages only 1.13 pounds of CO2 per mile, about the same as the average car on American roads already. Even better, it has an average fuel efficiency of over 17 mpg, a best-in-class figure.

Suspension and brakes weren’t ignored either, and the double front wishbone setup and multi-link rear, along with the use of electronic driver aids like E-Diff and Formula One Traction Control, are claimed to have improved longitudinal acceleration by 32% over the F430's. The use of a “prefill function” for the braking system actually puts the pads into contact with the carbon-ceramic rotors as soon as the driver lifts off the throttle, and combined with the new ABS system, the Italia can come to a dead stop from 60 mpg in just 107 feet.

Donato Coco was put in charge of the interior, and the result is a design that motorcycle riders have known about for decades – namely keeping your hands on the instrument that steers the vehicle as much as possible. Here, things usually left for auxiliary controls or stalks, like signal indicators and wipers, have been moved to the steering wheel, cleaning up the interior immensely. Similarly, the navigation screen has been moved directly in front of the driver, next to the display that tells you if your tires or brakes or engine needs to warm up or cool down to perform at maximum efficiency. The Pininfarina exterior design is just as revolutionary, with its new flat underbody, cool air intakes built into the rear pillars, and aeroelastic nose winglets that deform at speed to reduce drag. It’s all distinctly Ferrari without simply being another red rocket you can’t afford. Perhaps that’s why Top Gear thought it worthy of being named “Car of the Year.”

What happen to Car Guru's Instant Market Value? Combined with your Nationwide listings, it was The Best Way to determine fair market value. I would be Most Disappointed if Car Guru were to discontin...