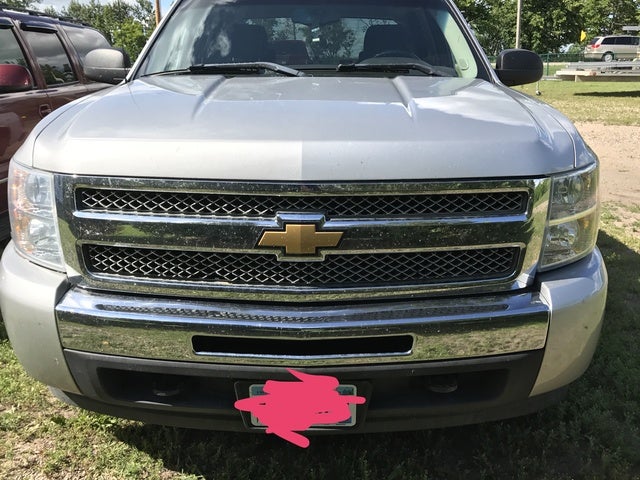 The 2010 Chevrolet Silverado Hybrid offers a responsive transmission with a capable hybrid motor setup in a workman’s package with luxury styling.

An excess of roll and lean in turns, a soft brake pedal, and fuel efficiency that fails to impress are weak points in the 2010 Silverado Hybrid.

The Silverado has been a success for Chevrolet, and the Hybrid continues that track record, having been born as GM's first hybrid passenger vehicle when it was introduced back in 2005. Continual upgrades and improvements in just the past 5 years show GM’s commitment to the technology. It’s strange to notice that the Silverado’s high points are its interior, its luxury options, its quiet nature; it seems that’s just the way the truck industry is trending - a good thing for us all.

A carryover model for 2010, the Chevrolet Silverado Hybrid offers V8 power, truck utility, and hybrid efficiency. Available solely in the four-door Crew Cab configuration, the Silverado Hybrid seats six and comes with a 5.8-foot bed. With either a four-wheel (4WD) or rear-wheel (RWD) drivetrain, the Hybrid comes with a 6.0-liter V8 engine mated to an electric motor, a two-mode hybrid setup in which either motor can power the vehicle independently.

Here we have a 6.0-liter V8 engine that's equipped with cylinder deactivation, mated to an electric motor that regenerates electricity during braking and coasting, eliminating the need for plug-in recharges. The paired motors deliver an equivalent of 332 hp and are mated to a continuously variable transmission (CVT). Together they offer 21/22 mpg according to the EPA, and with a 26-gallon fuel tank, the Silverado Hybrid offers more than 500 miles to the tank. The motors produce ample power for most situations, including passing and hauling, but there is a noticeable transition when switching between gas and electric power. The CVT has been noted for providing smooth and decisive shifts, regardless of power delivery. RWD versions come with traction control and a locking rear differential, while the 4WD system includes the AutoTrac two-speed transfer case. 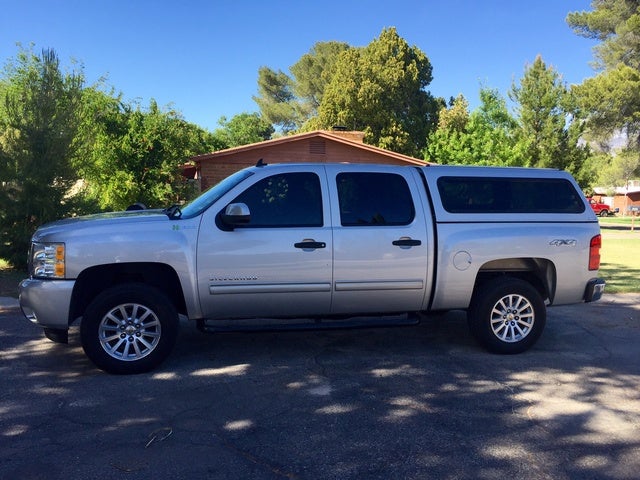 The Hybrid offers a more composed ride than most pickups, with its extra weight deadening a lot of the reverberations that would normally impede into the cabin. Regenerative braking has also provided a side-effect of softening the pedal feel, but the brakes are still responsive and strong. Expect the usual roll and lean you’d find in a full-size pickup, with steering that fails to impress, although again it's not noticeably worse than any competitors. Overall, the continued improvements in crossover design and the popularity of the crossover as a whole just serve to draw an even more definite distinction between traditional truck handling and that of more modern cars.

The Silverado Hybrid is offered with two cabin options, Pure Pickup and Luxury Inspired. The Pure Pickup trims forgo the more upscale luxury cockpit-style cabin for an upright design that allows for a more utilitarian layout. Both cabin options utilize an abundance of hard plastic, but it manages not to take away from the feel of the Luxury Inspired interior, with high quality and stringent fit and finish.

The 2HY option package adds a navigation system with voice recognition and traffic information, leather upholstery with 6-way power for the front bucket seats, a rear obstacle-detection system, power-adjustable pedals, heated power-folding automatically dimming mirrors with integrated turn signals, a Bose stereo, hard tonneau cover, and chrome alloy wheels. There are additional options like a power sunroof and an engine-block heater as well, available depending on the configuration.

One of the changes made to the Silverado Hybrid in 2010 was an upgrade to its door structure, as well as the addition of side torso airbags and side curtain airbags as standard features. Still, the Insurance Institute for Highway Safety (IIHS) only rated the Silverado as Acceptable with regard to side impacts.

However, the National Highway Traffic Safety Administration gave the Silverado a five-star rating in all tests excepting rollover, in which the Silverado earned four stars. You’ll also get four-wheel antilock brakes, traction control, and an anti-skid system. 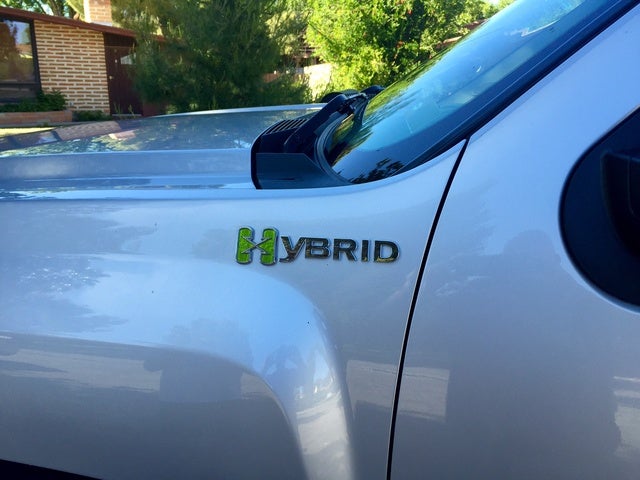 Owners appreciate the options that allow them to equip their truck with as much luxury as they like, offering utility far beyond that of a traditional truck. The cost of the hybrid technology seems to far outweigh any gains made in the efficiency department, however. That said, the Silverado Hybrid is a very refined vehicle, offering a level of construction quality and build detail that would seem more at home in an upscale sedan.

What's your take on the 2010 Chevrolet Silverado Hybrid?

Have you driven a 2010 Chevrolet Silverado Hybrid?
Rank This Car

Lights On The Dash

I changed the front brakes on my 2010 Chevy Silverado and all the lights came on after i finish transition light came on and the stabilizer light and ABS light I push the calipers togther an...