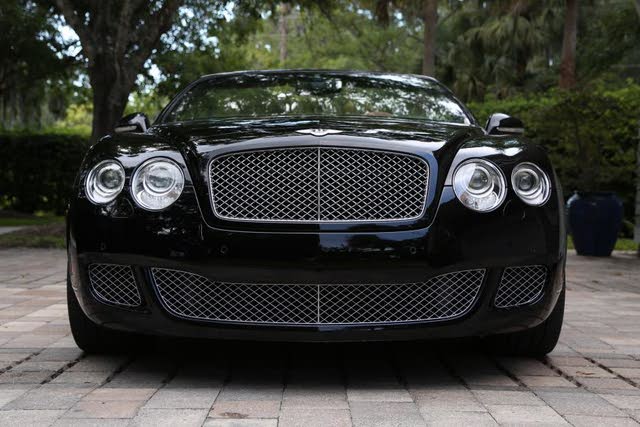 There aren’t a lot of options for 4-seat, 12-cylinder convertibles out there, but Bentley is pleased to provide at least one choice. With the Bentley Continental GTC, you’re getting all Volkswagen has to offer for open-air luxury in 2010. Sure, the Bentley logos may be sitting smugly in the usual places, but Volkswagen is the parent company here, and it can be seen.

Keen eyes will spot Volkswagen-sourced equipment in the interior, and that does little to assuage buyer’s remorse. The same can be said about the outdated navigation software, annoyingly placed and cheaply constructed armrests, and the barely useable backseat. And this is ignoring a ludicrous options list with prices that range from quirkily confusing to frustratingly insane. The former can be found in places like thousand-dollar stitching for the leather interior, while the latter is best exhibited by $16,000 carbon-ceramic brakes or $26,000 satin paint.

But it’s not all bad, so let’s not dwell on the negatives.

First of all, the Volkswagen-developed W12 engine is a formidable beast, delivering its payload of 479 lb-ft of torque at just 1,600 rpm and pushing hard up to its peak horsepower rating of 552 at 6,100 – good enough for a sprint to 60 in less than 5 seconds. Ignore that it’s not truly a W12 and you won’t be disappointed.

The 6-speed ZF automated manual transmission is a different story, however. Capable and smooth in normal conditions, when pushed it exhibits a frustrating reluctance to downshift that needn’t be suffered in a quarter-million-dollar car. Thankfully the power output from the 6.0-liter twin-turbo engine rarely requires downshifting.

The highlight of the Continental is certainly its suspension, which maintains an impressively sporting character despite luxury-light steering. Fully adaptive, the Continental can raise a full inch or hunker down the same, and will dive into corners with the agility and poise of cars weighing thousands of pounds less. Yes, thousands. Since the GTC tips the scales at around 5,500 pounds, there’s certainly room to work with here. Despite pounds added by way of bracing, the AWS GTC still manages to feel nimble, and suffers none of the shimmy, shake or shudder that often results from chopping the top.

Of course, being a Bentley the standard features are here in abundance. Dual-zone automatic climate controls, memory system, heated seats, leather, heated power mirrors, rain-sensing wipers, satellite, Bluetooth and the aforementioned disappointing navigation system. All of that, and it’ll run just this side of 200 mph.

What's your take on the 2010 Bentley Continental GTC?

Have you driven a 2010 Bentley Continental GTC?
Rank This Car

Why No Price Analysis On 2010 Bentley From Charlotte SC ?

What Should I Be Careful Of If A Prospective Buyer Wants To Give Me Cash To...

What should I be careful of if a prospective buyer wants to give me cash to avoid state taxes?