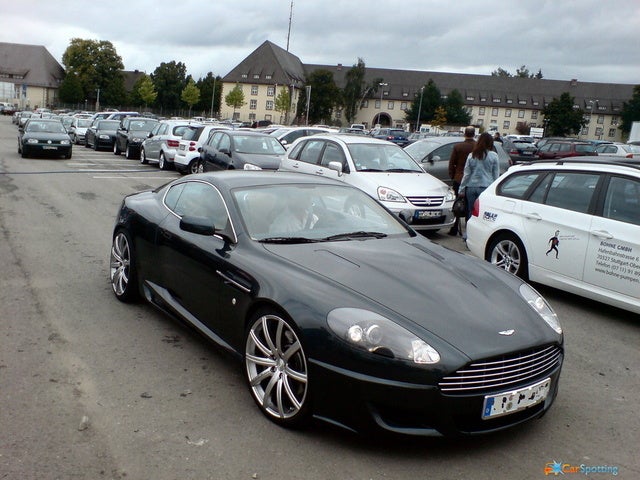 Aston Martin made some subtle changes to its Grand Tourer, the DB9. It’s about time, too, as small complaints about the cheap navigation system, wonky automated manual transmission and excessive cowl shake and wind buffeting in the convertible Volante trim all took away from one of the most beautiful cars on the road.

Unfortunately, Aston has neglected to address any of these quirks. Instead, they’ve added front and rear parking sensors and automatic power-folding mirrors. Welcome additions for sure, but not exactly top of the list priority-wise. The DB9 is a remarkably easy car to drive for a 470-hp V12 monster. Light steering and a lighter clutch mean you won’t feel like you’ve just been to the gym after a trip to the store, but the car's width and rake do make for a bit of a parking headache. For that, the 2010 upgrades are warranted. But the aforementioned complaints – which have been with us since the DB9’s introduction – are of much greater concern.

The problem is they really hold the DB9 back. While the 6-speed manual is the superior transmission in every respect barring fuel economy – 11 mpg city/17 highway with the manual versus 13/20 with the automatic – traditional three-pedal manual transmissions are a dismally low-take option. Most people opt for the automated manual, and it’s just not up to the caliber you’d expect for a $200,000 car. Same story with the navigation system, which looks like it was designed last century.

Choose the convertible Volante, and you’re graced with a whole new list of drawbacks including low-speed cowl and steering-wheel shake and high-speed wind buffeting that makes conversation an impossible goal. Perhaps better targets at which to aim, Aston?

With the introduction of the more potent DBS, the DB9 has been relegated to a more relaxed, long-distance cruiser profile. However, an optional Sport Pack will firm up the suspension and add lighter 19-inch five-spoke wheels for just under $4,000 – a bargain compared to the Bang & Olufsen stereo that’ll run you over $7,000.

Fixing those small problems, the DB9 could be inarguably one of the best cars on the road instead of just one of the best-looking. Not the fastest, as many other exotics will beat it easily. Not the sexiest, as there are certainly more ostentatious vehicles to choose from. But simply the best all-around driver’s car. The fact that the era of truly majestic grand touring machines may come to an end at any moment thanks to increased government intervention or simply running out of oil makes this even more important. Please Aston, fix the DB9 before none of us are allowed to drive anymore.

Have you driven a 2010 Aston Martin DB9?
Rank This Car

I Would Like To Buy A Convertible Silver DB9 But It Must Be RH Drive. Can Y...

Year is not important. I am a definite buyer if you can find a car for me.