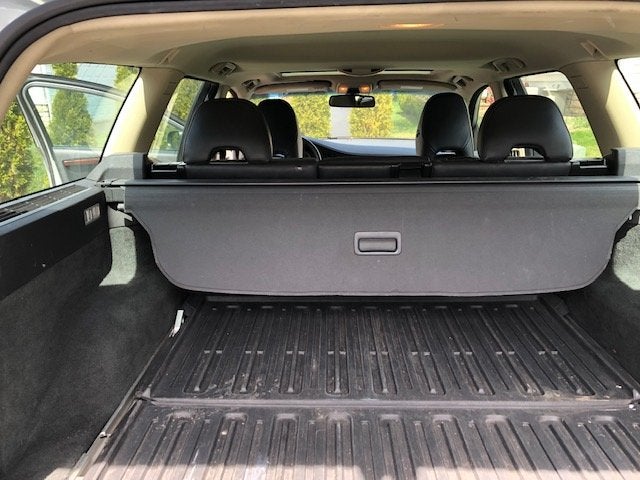 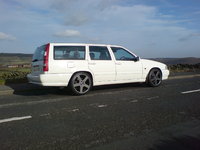 Volvo's 2009 V70 midsize station wagon carries over from 2008, when it received a major redesign. The V70 sees no major changes for ’09, but does offer a new technology package option. Departing from the clunky looking designs of yore, the Volvo station wagon brings an attractive and safe automobile to the playing field, which some say slightly lacks in performance and gas efficiency. The V70 is the wagon counterpart of Volvo's S80, being built on the same frame and offering ample and comfortable room for rear passengers.

The V70's powertrain contains a 3.2-liter, inline six-cylinder engine that pumps out 245 hp and 236 lb-ft of torque. The signature Volvo inline engine powers the front-wheel-drive, six-speed automatic transmission and achieves 16/25 mpg. The engine has been rated as middle-of-the-line by most experts in a market that's growing very competitive for small SUVs and wagons.

The interior design is notably Scandinavian, with clean, attractive lines, a leather steering wheel, leather shift knob, and distinctive inlays. Ventilated leather seats that offer both heating and cooling are optional, along with a navigation system and a dual-screen DVD entertainment system. The rear seats fold down in a 40/20/40 configuration, allowing for a multitude of cargo space options.

Where Volvo once owned the market for world-class safety, competitors are closing the gap. That being said, it’s still hard to match the safety standard that Volvo has set. Standard features include antilock brakes, traction control, an antiskid system, and front side and side curtain airbags. Volvo also maintains a plethora of optional safety features that include automatic collision warning detection, two-stage integrated booster seats, and dual xenon headlights that follow the path of steering to improve night visibility. The collision warning detection system alarms the driver when a collision might occur, and if the driver doesn’t respond, it automatically applies the brakes.