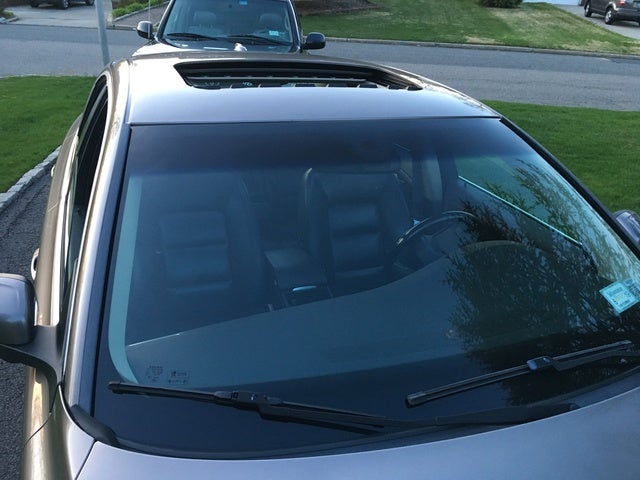 At the top of the Volvo S range of sedans, the S80 sits quite comfortably as the leather-clad, full-size luxury model. A carryover from 2008, the S80 doesn’t see any major changes, but more options become standard for its three trims, the 3.2, T6 AWD, and the V8 AWD.

Each of the three trims has a different engine. The base trim, the 3.2, is equipped with a 3.2-liter, inline six-cylinder engine and a comfortable 235 hp. The 3.2 burns gas at 16/24 mpg (city/highway) and has a six-speed automatic, front-wheel-drive transmission. All three trims have an automatic transmission with geartronic shifting. The mid-level T6 AWD trim carries a 3.0-liter, inline six-cylinder engine, but adds a turbocharger to ramp up its power to 281 hp, while the gas mileage takes a small hit, dropping to 15/23 mpg. Along with the turbocharger, the T6 trim also adds Volvo’s popular all-wheel drive. If "more power" is your mantra, then the V8 AWD trim is what you should consider, seeing that it is the only Volvo sedan with more than six cylinders. The 4.4-liter V8 engine pushes the envelope at 311 hp and shares the same mileage as the T6, at 15/23 mpg.

Being built as a full-size luxury sedan to compete with the German heavy hitters, the S80 comes standard with a few things you certainly don’t need that turn out to be, well, really cool. Optional on the 3.2 and the T6 AWD and standard on the V8 AWD is the Personal Car Communicator. The PCC key remote not only locks and unlocks your doors, but it can also tell you (from anywhere) if you forgot to do so. Not only that, but it has a heartbeat feature that tells you if someone is in the car; this sounds like an unsettling feature, but could be a great stress-reliever if you have to park in a bad part of town. The V8 also comes standard with interior humidity sensors and air filters that can sift out pollen as you take a drive through the country. Along with those features are more typical luxury amenities like leather seats, shift knob, and dashboard; heated seats; and an Alpine stereo with a Dolby Surround Sound decoder and Dynaudio speakers.

Not only does the S80 come standard with a multitude of essential safety features like antilock brakes and dual front and full-length side curtain airbags, but it also adds innovative measures and mechanisms to keep the driver safe. Blind spots aren’t as dangerous as they used to be if your car lets you know when adjacent lanes are occupied with automatic sensors. There is also a monitor that warns the driver of vehicles approaching from the rear or stopped traffic ahead. Optional active bi-xenon lights allow the headlights to follow the direction of steering for better visibility.

My S80 engine light came on and car shut down while driving. The mechanic said bad ignition coil was causing the fuse to blow. The coil had a burning smell and a hole in it...replaced all 6 coils ($90...

92 views with 2 answers (last answer about a year ago)

20 views with 3 answers (last answer about a year ago)

I Changed The Interior Courtesy Light To LED Bubs. Now The Lights Don't Wo...

I Have 09 Volvo S80, Somehow My Friends Hair Got Caught In The Seatbelt And...

Does CarGurus randomly ask people trying to list their cars for sale to take pictures of objects on their car to verify ownership? I received such a request via email on what looks to be from the w...