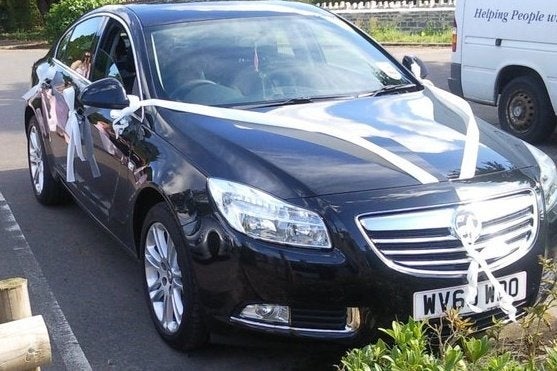 In 2008, Opel and its British counterpart, Vauxhall, introduced the 2009 Opel Insignia, a five-passenger sedan that replaces the smaller, stodgier Vectra. Though little is being made of it, Saturn and its parent, GM, may soon introduce the Opel Insignia to the U.S. market under the alias of the next-gen Saturn Aura.

Offered in either front-wheel- or all-wheel-drive configurations, the ’09 Opel Insignia also offers a choice of four gasoline engines, ranging from a 1.6-liter, 113-hp inline four-cylinder to a 256-hp, 2.8-liter turbocharged V6 as well as three turbo-diesels, from a 220-hp I4 to a 2.9-liter V6 that puts out 250 hp. The turbo-diesel choices will include the new, fuel-efficient EcoFlex engine as well.

Featuring racy, athletic, and superbly aerodynamic styling, the Insignia is a somewhat larger automobile than the Vectra, the vehicle on which the present Saturn Aura is loosely based. The ’09 Opel Insignia, using GM’s much-touted Epsilon II chassis, has a thoroughly upgraded suspension that features its more adaptive FlexRide design, which can be modified to present 11 different types of handling modes. Steering and braking far surpass the delicate systems in Japanese and Korean autos, as Opel attempts to compete directly with the German big guns, BMW, Mercedes, and Audi.

Interior materials and workmanship for the 2009 Opel Insignia are of a far higher quality than what is generally seen in the U.S. market, and many wonder, should the Opel Insignia/Saturn Aura meld occur, if Saturn won’t try to water this quality down with lower-grade replacements. As it stands, the ’09 Insignia is touted as a paragon of interior elegance and comfort, with none of the protruding levers and ungainly switches that characterize most U.S. dashboards. Bluetooth technology, including a new music-streaming system, and a forward-looking camera that keeps drivers aware of their lanes as well as posted speed limits are among the technological innovations featured on the 2009 Opel Insignia.

To put it mildly, Saturn needs a car that will reverse its fading image. Though the Aura has sold decently, the ’09 Opel Insignia is an automobile designed to be stylish, ergonomically pleasing, and comfortable for driving miles on end. It may be just the thing to bring Saturn out of the blahs.

Have you driven a 2009 Opel Insignia?
Rank This Car