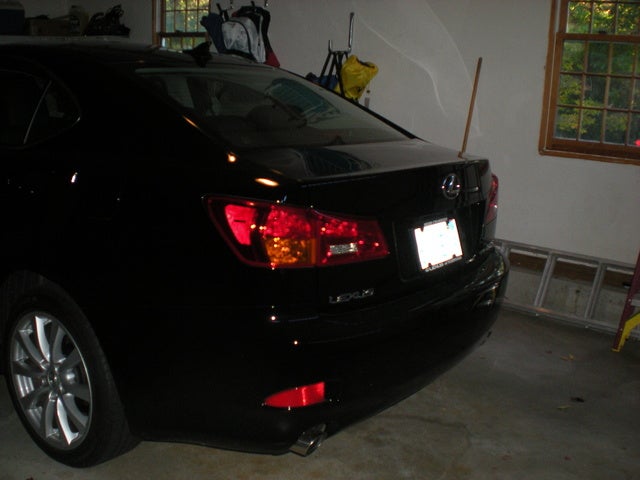 Lexus made improvements to the IS 250's suspension and handling for 2009, addressing a complaint of dull handling voiced by many owners and reviewers, and updated the sedan's sporty exterior styling and its impressive array of standard safety features.

Interior legroom and headroom remain tight in the '09 IS 250 for taller drivers, while a lack of horsepower and a small cargo space draw negative comments from owners. 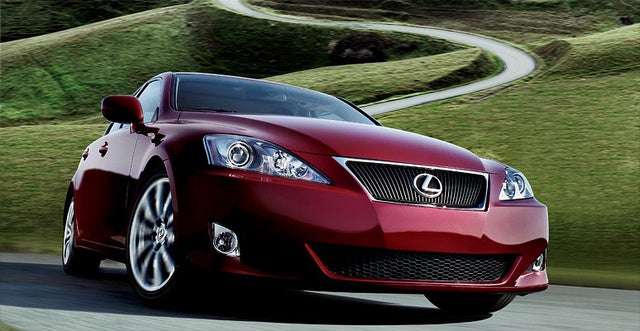 The 2009 Lexus IS 250 appeals to a certain type of driver - one who appreciates the sedan's small, comfortable cabin, sporty yet controversial exterior styling, and fuel-efficient V6 engine. Taller drivers or those who prefer a more spirited driving experience, as well as plenty of storage space both in the trunk and in the cabin, may want to take a look at the more powerful IS 350 or competitive sedans such as the BMW 3-Series or Infiniti G37.

Now in the fourth year of its current design, the Lexus IS 250 midsize sport sedan receives a few minor updates for 2009. Lexus made subtle changes to the sedan's grille and front bumper, as well as to its taillights and rear bumper, and moved the turn indicators from the front fender to the exterior side mirrors. In addition, Lexus upgraded the IS 250's safety features by adding knee airbags as standard equipment, as well as a Vehicle Dynamics Integrated Management (VDIM) system, which integrates braking, steering, stability control, and traction control to minimize the loss of traction in turns. The IS 250 also receives updated 17- and 18-inch wheel designs and new Amber Pearl and Truffle Mica exterior colors for 2009.

Inside, Lexus redesigned the IS's center instrument cluster and added fold-down rear-seat headrests, which help improve visibility out the back. In addition, interior colors now include Ecru and Light Gray.

The sport-oriented IS sedans compete directly with BMW's 3-Series, Infiniti's G37, Audi's A4, and Mercedes-Benz's C300. Lexus offers the IS 250 in rear-wheel-drive Base and All-Wheel-Drive trims for 2009. 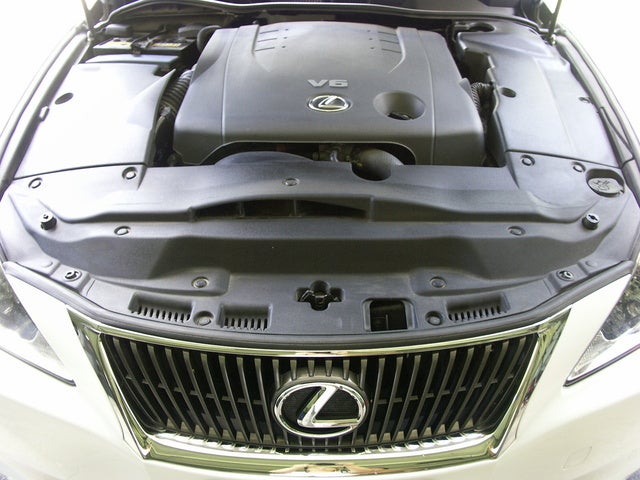 A 204-hp, 2.5-liter all-aluminum V6 engine powers both IS 250 trims. The V6 features Variable Valve Timing with Intelligence (VVT-i), which increases torque at lower speeds and horsepower at higher speeds to improve performance, reduce emissions, and ensure good fuel economy of 21/29 city/highway mpg. The engine links to either a six-speed manual transmission or a six-speed electronically controlled automatic transmission with intelligence, which helps ensure smooth shifting.

After hearing complaints in past years about dull handling, Lexus improved the IS 250's handling for 2009 to make it more responsive and provide drivers with better control. The automaker also retuned the IS 250's suspension, making it firmer and more in keeping with a sport sedan's ride. The retuned suspension decreases body sway and provides drivers with better feedback from the road. The IS 250 features speed-sensitive rack-and-pinion steering and rides on an independent front and rear suspension with coil springs and gas-pressurized shock absorbers.

While the 2009 IS 250 handles better than its predecessor, the V6-powered sedan still feels underpowered to some drivers and reviewers, and can feel as if it's straining when climbing hills with a full load of passengers or cargo. Some reviewers recommend either the more powerful IS 350 or the BMW 3-Series for drivers seeking better performance.

The Lexus IS 250 offers a quiet, comfortable cabin with well-shaped seats for long trips, but taller drivers will find the back seat cramped, and even the front seats may not provide enough legroom and headroom for drivers above average height. In addition, interior storage spaces are limited, but include cupholders in the front and back and storage bins in the center console.

In addition to its small cabin, which can be tight for taller occupants, the IS 250 has a small cargo space with a small trunk opening and rear-wheel arches that intrude into trunk space. Cargo space checks in at 13 cubic feet, which still beats the BMW 3-Series at 12 cubic feet of space, but comes up short when compared to such sedans as the Infiniti G37, which offers 15.

The National Highway Traffic Safety Administration awarded the 2009 Lexus IS 250 five out of five stars for protecting front-seat passengers in a side-impact crash test but only four stars for protecting rear-seat passengers in the same type crash. In addition, the sedan earned four out of five stars for front-impact crash tests. However, the Insurance Institute for Highway Safety gave the 2008 IS 250, which has an almost-identical body style, frame, and safety features to the 2009 version, a top score of Good in all crash tests.

In addition to the Vehicle Dynamics Integrated Management (VDIM) system and the knee airbags, which are new for 2009, the IS 250 comes equipped with a full range of standard safety equipment, including side seat-mounted and side-curtain airbags. Other safety features include active traction control, electronic stability control, and four-sensor antilock brakes with brake assist and electronic brakeforce distribution, which adjusts the amount of fluid pressure on brakes to improve control during braking.

Owners give the 2009 Lexus IS 250 high marks for its styling and fuel economy. Many consider the IS 250 the best-looking car in its class, as well as the most affordable luxury sedan currently available. In addition, its fuel economy numbers, which approach 30 mpg, make the IS 250 an appealing car for owners seeking fuel efficiency. The plush interior also gets high marks from owners.

On the flip side, those fuel economy numbers result from a somewhat underpowered car, especially for drivers who like to put a car through its paces. The IS 250's firmer suspension for 2009 can make for a bumpy ride over rough roads, some note, while others point to the small side and rear windows, which limit visibility, and the smallish cabin as drawbacks.

CarGurus owners have similar comments, giving the IS 250 high marks for its comfortable interior and good handling, as well as for its smooth-shifting automatic transmission. Many like the IS 250's sports car feel and exterior styling. Acceleration and back-seat room in particular are singled out by CarGurus owners as drawbacks of the IS 250.

Users ranked 2009 Lexus IS 250 against other cars which they drove/owned. Each ranking was based on 9 categories. Here is the summary of top rankings.

Why would there be no power to car at all

Are They Pulling My Leg?

I have a Maxcare warranty that pays 100% for my transmission. The dealership is telling me I may still owe $100-$200, is this customary? The service advisor claims that it may be nothing but he wa...

Hey, when I fuel up a full tank I would get 500kms range but recently each week I fuel up the max I would get is now 403kms on a full tank. It also feels like my petrol goes down even faster now. I...