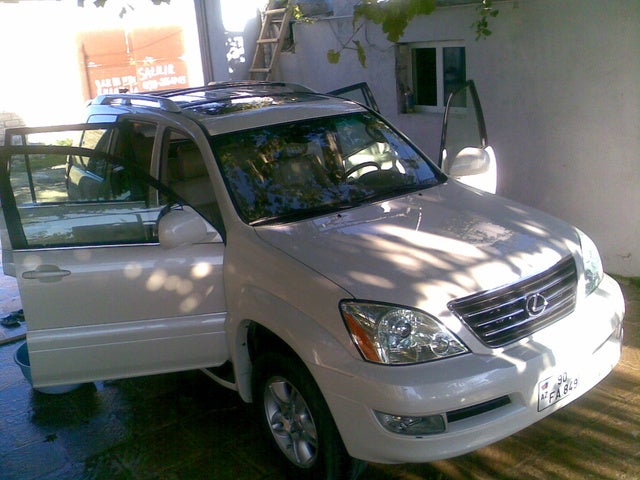 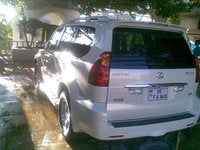 Average user score
5 ⁄ 5 stars
Based on 4 reviews
You Feel Like You Are Floating When You Drive It. by Jeanni2 — I traded my BMW x5 in for this vehicle. I did not know what I was missing. The ride is so elegant and smooth. This car handles like a dream. The steering is not tight. It is very relaxing to driv... Read more

The 2009 GX 470 sits between the RX and the LX as the midsize sport utility vehicle in the Lexus fleet. It's built on a truck frame, creating more interior room, and allowing more towing capacity than the smaller RX. Similar to other Lexus models, the GX 470 comes standard adorned with many interior luxuries and comforts. In this era of sustainability and volatile gas prices, smaller vehicles have been the focus of most of the auto industry's efforts of late, and there are no major changes to the GX 470 for 2009, nor are there any major changes planned in the near future.

Powering the '09 GX 470’s 4,800-pound frame is a 4.7-liter V8 engine with 263 hp, which is somewhat smaller than some of its rivals', but somehow provides a smooth and powerful ride. Testers note that its acceleration is responsive and it downshifts quickly for highway passing. The powerplant churns an all-wheel-drive five-speed automatic transmission, which can drop into a lower gear for off-road maneuvers. With its 323 lb-ft of torque, the GX 470 can pull up to 6,500 pounds, and it has a formidable amount of get-up-and-go for a larger vehicle, posting a 0-60 time of 8.1 seconds. Despite getting 14/18 mpg, the 2009 GX 470 is rated as an Ultra-Low Emissions Vehicle based on its hydrocarbon and nitrogen oxide exhalations.

As a bridge between the base model RX and the premium LX, the GX 470 comes with an impressive amount of standard interior luxuries. The most notable standard features include a moonroof, interior air filter with smog detector, remote-linked windows, heated front seats, and a 6-CD in-dash player. Two options packages are available with the GX 470 - the Sport package and the Navigation/Audio Package. The Sport package uses thicker and stronger stabilizer bars as well as hydraulic mounts to bolster the suspension, while it also adds foglamps, maple interior wood trim, and other cosmetic enhancements. The Navigation/Audio package adds a voice-activated DVD navigation system to the center console with a backup camera and Bluetooth technology. The stereo gets upgraded to Lexus’s premium Mark Levinson 240-watt, 14-speaker system with a 6-CD changer.

Where the 2009 GX 470 really excels is in its comfort and cargo space. With its truck frame and the option of a third row of seating, up to eight passengers can sit comfortably.

Lexus uses solid engineering and technological expertise to make their vehicles some of the safest on the road. The 2009 GX 470 is no exception, and the fact that it's built on a truck frame only adds to its crash test ratings. Standard are antilock brakes, traction control, an anti-skid system, front and side airbags for the front passenger and driver, as well as side curtain airbags for middle-row outboard passengers. A tire pressure monitoring system lets you know when you need more air, and a brake assist system provides extra stopping power in emergency situations. When ascending steeper hills, or stopping and starting on a slippery surface, the GX 470 will prevent the backward rolling that would otherwise occur between the time when you release the brake and apply the gas. For more control down hills, a button on the middle console engages a constant and even braking power to prevent slippage. Lexus claims that all the driver needs to do is watch the road and steer.

What's The Difference Between Lexus LX 570 And Lexus GX 460

17 views with 1 answer (last answer about a month ago)

I listed my car on car gurus and I do not see it on the listings what is wrong.

165 views with 1 answer (last answer about a year ago)

Why Did Lexus’s Stop Making The Gx

Why did the stop making the gx 470

208 views with 1 answer (last answer about a year ago)

How to identify if the GX 470 is equiped with the "hydraulic mounts" on the suspension.