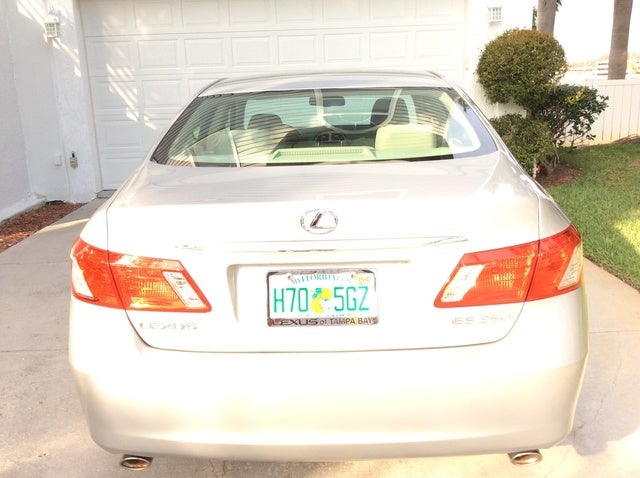 With eighty-eight measures taken to reduce noise and vibration, the 2009 Lexus ES 350 smoothly and elegantly provides a safe and pampering ride.

Driving a car is more than going from point A to point B, and a feel for the road and the engine is important, but the '09 Lexus ES 350 fails to recognize this and provides so many comfort features that it numbs the driving experience.

The 2009 Lexus ES 350 should be near the top of the shopping list for anyone looking for a comfortable luxury sedan. Not only does it come with Lexus's reliability, but it includes a bevy of comfort and safety features that create an all-around top-notch automobile.

For many Americans, the name of a car is just that – a name - and sometimes it’s easy to get lost in the alpha-numerical designations of European and Asian automobiles. But most of the time, the numbers say something about the car, and in this case, the Lexus ES 350 uses its name to show off its 3.5-liter V6 engine. Like most other cars, the more you learn about them, the more each company’s system makes sense. The 2009 ES 350 carries over from 2008 and 2007, when it received a host of changes including a larger engine and the sleek, teardrop look it has today.

Built on the same frame as the Toyota Camry, the ES 350 shares the same interior dimensions and powerful engine. What separates the ES 350, and what Lexus prides itself on, is a sheer bombardment of amenities and luxuries. If you are looking for a smooth, luxurious ride, be sure to keep the ES 350 in your search. Other comparable and competing cars include the Lincoln MKZ and the Acura TL. 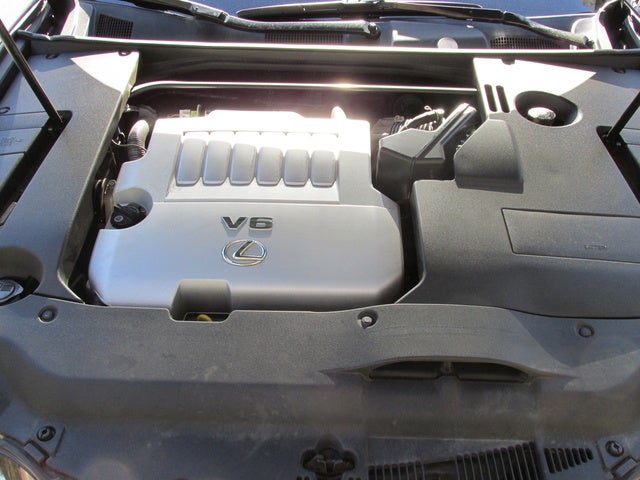 Under the hood of the 2009 Lexus ES 350 sits a 3.5-liter all-aluminum V6 engine that provides a comfortable 272 hp, but you wouldn’t know it by the quiet interior. The engine is paired with a front-wheel-drive, 6-speed automatic transmission and runs on premium gas. But don’t worry, Lexus estimates that the ES 350 drives at about 19/27 mpg, and it's certified as an Ultra Low Emission Vehicle (ULEV II).

With a 0-60 time of 6.8 seconds, the 2009 Lexus ES 350 provides an adequate amount of jump off the line, but it’s clear that the engine isn’t the focus of the vehicle. The transmission does change gears smoothly, as you would expect in a car of this price and caliber, with some reviewers noting that it takes a formidable amount of throttle to downshift at highway speeds.

The caveat about creating a smooth, quiet, and comfortable ride, is that, understandably, the vehicle becomes somewhat soft. The ES 350 doesn’t hug turns low and hard like a BMW, it doesn’t let you feel the grit of the road through the steering wheel, and you won’t be able to hear, or feel, the growl of the engine. If you are looking for a driving experience, you may want to look elsewhere - the ES 350 aims at a riding experience.

In road tests, the front-wheel-drive ES 350 corners well and handles its lighter frame as well as, if not better than, some of its heavier European rivals. Braking power was reported to be firm and responsive but somewhat soft in simulated emergency halts.

To instill a complete sense of comfort assurance in its customers, Lexus claims that it takes eighty-eight sound- and vibration-absorbing measures. That may sound like a lot, but four of those measures could include filling up the tires with air. What the point is, though, is that there are seemingly no expenses spared in the comfort department. Standard options for the ES 350 include a moonroof, 17-inch alloy wheels, dual exhaust tips, push-button start, dual-zone automatic climate control and 10-way power-adjustable front seats.

There is only one base trim for the ES 350, so to offer more options, Lexus offers three optional luxury packages: the Premium Plus, the Ultra-Luxury, and the Navigation System/Surround Sound package. The Premium offers a leather-trimmed interior, heated and ventilated front seats, auto-dimming rear mirrors, and rain-sensing windshield wipers. In addition to the amenities from the Premium Plus, the Ultra-Luxury package offers leather and wood trim on both the steering wheel and shift knob, rear-seat side airbags, a panorama glass roof, improved headlights that are brighter and follow the path of steering, and 17-inch alloy polished wheels with a matched spare. The navigation and sound package features a voice-activated DVD navigation system with a backup camera and Bluetooth technology as well as a 14-speaker, 300-watt Mark Levinson surround sound audio system with a six-disc DVD/CD changer.

Along with the other Lexus option packages, the ES 350 comes in a Pebble Beach Edition trim. The only changes from the base trim are cosmetic, both exterior and interior. The wheels are 17 inches, with seven spokes and a liquid graphite finish, and the colors for the exterior are Truffle Mica, Tungsten Pearl, and Obsidian. Inside the Pebble Beach edition, the perforated semi-aniline leather seat trims are available in cashmere, light gray, or black. On the front fenders, inside the cabin, and on the floor mats sit Pebble Beach Edition badges.

A word of warning to taller drivers: Headroom gets sacrificed when you add the sunroof or panorama roof.

The 2009 ES 350 scored very high marks for safety in all categories, posting a five-star rating for front impact for both the driver and passenger, as well as side-impact for the driver. Four-star results were garnered for rollover resistance and rear-passenger side impacts. Lexus uses crumple zones in their frame for the front and rear to absorb the shock of a collision in addition to side-impact door beams.

As with many 2009 models, Lexus includes antilock brakes, traction control, an anti-skid system, front dual-chamber airbags, and front and rear side airbags, but the ES 350 also adds front and rear side curtain airbags and front knee airbags. Standard safety features for the 2009 ES 350 also include a brake assist function that increases braking force when an emergency situation is detected.

The optional Lexus Pre-Collision system adds an element of technological safety to the vehicle in emergency situations. Using a radar system located in the front end of the vehicle, it will recognize an imminent collision and will tighten the front seatbelts as well as activating brake assist to give maximum braking power at the moment the driver engages the pedal.

The 2009 ES 350 is nearly identical to the 2008 version, which has received more users reviews at this point. The most frequent rave for the ES 350 seems to be its gas mileage. Most post that the ES 350 not only met the predicted mpg, but exceeded it on the highway. Another noted accolade highlights the smoothness and quiet nature of the vehicle, with one reviewer admitting to, on multiple occasions, trying to start the engine after it was already running.

There were a few common complaints, the most common being about the audio system. For its price, more was expected from the standard stereo. Along with that, the rear window of the ES was reported as too narrow and too high, limiting visibility when backing up. Some would have appreciated a rear-view monitor (which is now available).

Users ranked 2009 Lexus ES 350 against other cars which they drove/owned. Each ranking was based on 9 categories. Here is the summary of top rankings.

Does It Require Premium Gas

Does anyone know how to tell if an oversized drain plug will work for a particular vehicle? My mechanic has told me that I need to replace my oil pan for $590 because my drain plug is completely th...

23 views with 10 answers (last answer about a year ago)

Why would the floor on the passenger side of the floor in my Lexus E350 be wet? Just noticed the carpet and the mat are wet and it is mildewing. The water is not coming in from the door, but from un...