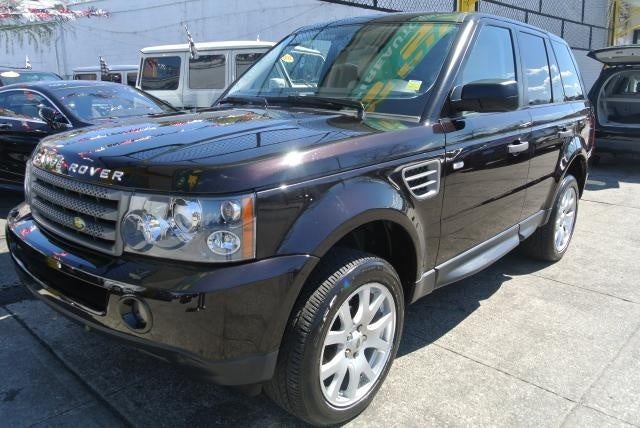 Sturdy engines, a highly competent transmission, and a versatile suspension all make the 2009 Range Rover Sport a solid stepbrother to Land Rover’s other offspring.

Some minor issues that shouldn’t appear in a car at this price level, like shoddy build quality and poor materials, mar an otherwise interesting entry in the '09 Range Rover Sport.

It’s smaller than the LR3, but more expensive, and it looks like the Range Rover, but is less expensive and again, smaller. Despite these inconsistencies, as well as nagging complaints from owners and reviewers alike, the Range Rover Sport seems to be a favorite in the Land Rover stable. If the maker could fix the small problems plaguing it, maybe we'd see it step out from the shadow of its siblings.

Ever ready to confuse owners and enthusiasts alike, the Land Rover Range Rover Sport is not a sport version of the Range Rover model - despite efforts to make it look like one - but rather shares its platform with the LR3. This five-door, front-engine, all-wheel-drive truck comes in two flavors, HSE and Supercharged. With a six-speed automatic and a low-range gear for off-road use, the Range Rover Sport sees few changes for 2009, including new leather and carpet colors, clear taillamps and turn signals, and new 20-inch wheels for the Supercharged trim, as well as three new exterior colors: Santorini Black, Galway Green, and Bournville. Maximum towing capacity for this 5,500-pound behemoth is 7,716 pounds. 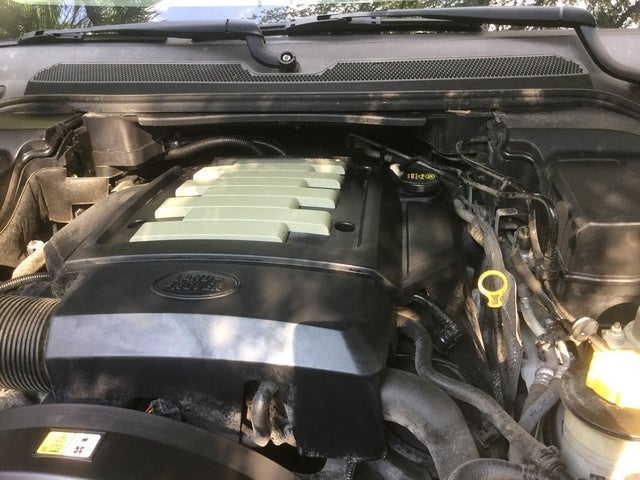 Each trim gets its own powerplant, with the HSE starting with a not unimpressive 300-hp, 4.4-liter V8. With many trick features, including electronically controlled, continuously variable intake and exhaust timing as well as electronic throttle actuation, it will produce 315 lb-ft of torque at a fairly accessible 4,000 rpm. While not the fastest engine in its class, it’s a strong performer that never leaves the driver wanting more.

Supercharged Sports get a 4.2-liter supercharged V8, which produces 390 hp and 410 lb-ft of torque at an almost immediate 3,500 rpm. This engine has ample power in reserve, it seems, capable of pushing an almost-three-ton vehicle to 60 mph in under 7 seconds.

Both engines are mated to a six-speed automatic transmission with a clutchless manual mode that has received extensive praise for its smooth operation. However, even six gears can’t save the Range Rover Sport at the pump. Fuel economy with either engine is nothing short of miserable. EPA estimates are 12/18 mpg for the HSE and Supercharged trims both, so at least it won’t be worries over a loss of efficiency that will stand between you and forced induction. Besides, both engines require premium gasoline anyway.

Many reviewers have commented on the impressive ride of the Range Rover Sport, especially when taking into consideration its heft and height. Land Rover’s Dynamic Response suspension fights lean and roll that would otherwise be considerable in this 6-footer. The Range Rover Sport is stable, nimble, and responsive, if a bit jittery over broken surfaces, especially with the 20-inch wheels and low-profile tires.

When moving off road, drivers can utilize Land Rover’s Terrain Response system, which allows the driver to select between several different modes that adjust gearbox settings, suspension height, differential lock settings, and throttle response to best suit whatever terrain is being tackled. A locking rear differential is optional.

If there’s one thing you’ll never want for in a Land Rover, it’s room - except, that is, if you’re in the Range Rover Sport. Headroom is still abundant, but even the front seats lack enough space for large feet, cramped by both the center console and the dash intruding too far into the driver’s personal space. At least the other iconic Land Rover quality, namely visibility, has not been ruined. With wide expanses of glass all around, there is nary a blind spot in sight.

Controls, however, are not as easy on the eyes. While gauges and controls are well placed, many have complained of too-small markings and nonintuitive design that leaves anyone without previous experience having to pull over to the side of the road. It seems Land Rover has managed to complicate what once was simple.

More complaints have been heard about the interior materials, some of which seem out of place given the pricetag, especially faux metal trim that turns out to be painted plastic. For shame. Rear seats have been similarly received, with many complaints heard about a lack of foot- and legroom and an uncomfortably upright seating position, coupled with an entry and exit that leaves most grunting.

Standard safety features for the Range Rover Sport start with dual front, front side, and curtain side airbags, antilock four-wheel disc brakes with brake assist, hill descent control, an anti-skid system with rollover sensors, a tire-pressure monitor, and an obstacle-detection system front and rear. Moving up to the Supercharged trim upgrades the already impressive brakes.

Safety test results have not yet been released from the NHTSA.

While highly impressed with the engines, transmission, and suspension of the Range Rover Sport, owners have complained about shoddy materials in the cabin and build quality in some models, especially considering the premium price paid. Others argue that the controls and gauges simply need to be overhauled and replaced with a more intuitive design. Overall, the feeling seems to be that it's a good effort that could use some improvement and refining.

What's your take on the 2009 Land Rover Range Rover Sport?

Have you driven a 2009 Land Rover Range Rover Sport?
Rank This Car

Do You Have A Service That Ship Caterd

How Can I Fix My Speedometer Cluster?

I have a 2009 range rover sport and my Speedometer Cluster comes on but most of the time it is off .can some one tell me what I can do ?

Bad egg smell car sluggish to start. Checked battery, bad cell. Changed battery. Started the car with a thousand warnings. Car is not allowing me to access normal height mode. The control is not w...

Where Are The Buttons On My Range Rover Sport 09 To Adrress The Vehicle Hei...

Hi. I am trying to figure out where and how I get to "Normal Height" for driving. I don't need to have my car lower for access in and out. Can anyone help and show me where the button(s) are?