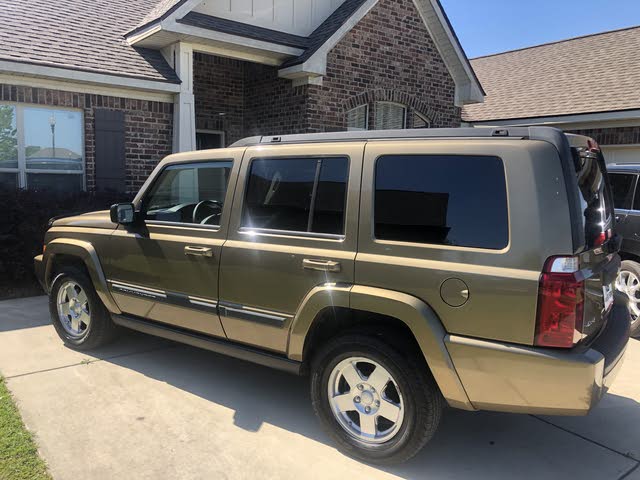 The 2009 Jeep Commander’s smooth transmission, poised suspension, and attractive styling have all resonated with consumers.

Poor rearward visibility, hard-to-read gauges, and uncomfortable rear seating have made many wary of Jeep's Commander when shopping for an SUV.

Jeep will stop producing its Commander after this year, so if you want one, get a 2009. Unless you plan to do a lot of towing or otherwise excessively aggressive driving, the V6 is the most composed engine of the bunch, although don’t expect great gains in fuel efficiency over the V8s. Buy a Sport, and hand-pick your options.

A 43% drop in sales in 2008, the largest decline in a series since its introduction, means 2009 will be the Jeep Commander’s last year of production. Jeep’s stretched Cherokee has found a hard time fitting in, and rising gas prices are not helping.

The Commander is a full-size SUV, seating five or seven, depending on options, available in three trims with three engines, all mated to a five-speed automatic transmission. Capable of towing up to 7,400 pounds, all trims and engines are available with either rear- or all-wheel drive. For 2009, the Commander gets a power upgrade for its largest engine, which increases to 357 hp, a 27-hp increase over 2008. 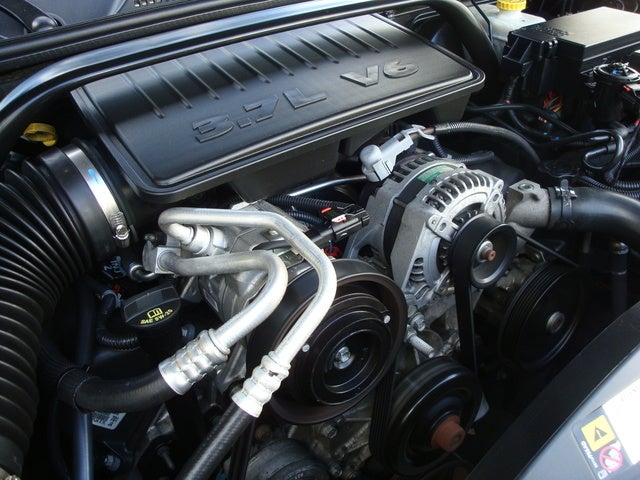 Each of the three trims has its own standard engine, with optional upgrades available for the Sport and Limited trims. Sports come standard with a 3.7-liter, 210-hp V6 that produces 235 lb-ft of torque at 4,000 RPM. Optional in the Sport and standard in the Limited is an E85-friendly 4.7-liter V8 with impressive power increases over the V6, with 305 hp and 334 lb-ft of torque showing up at 3,950 RPM. Finally, the top-tier Overland boasts a brutal 357 hp from a 5.7-liter Hemi V8. This engine is also available as an option on the Limited and produces 389 lb-ft of torque at 4,350 RPM. Additionally, it utilizes Chrysler’s Multi Displacement System cylinder deactivation, which results in a rating of 13/17 mpg, on par with the other two engines, the 3.7 getting 14/19, and the 4.7 getting 13/18.

Given that poor showing, no one will be impressed with the Commander’s fuel economy, cylinder deactivation aside, especially considering the same engines are available in the Cherokee with a quarter-ton less weight. Still, all three engines perform with compliance, with only the 3.7 struggling to pass in certain situations. Particular praise should be awarded to the five-speed automatic transmission mated to all three engines, which has been noted as responsive and smooth in all situations.

Available with all- or rear-wheel drive, the Commander even comes with a low gear specifically for off-road situations.

The Commander sports a suspension that might border on too comfortable for some consumers, which is impressive, considering it’s still off-road capable. Continued improvements in structural integrity across the industry continue to blur the line between truck and car, and this is particularly evident here. The Commander’s big drawback, as is often the case with Jeep products, is its overall design. The tall, boxy structure, while iconic, lends to excessive body roll and lean in turns, abysmal fuel efficiency, and a particular weakness to crosswinds.

Solid braking and pedal feel are complimented by sturdy, responsive steering and one of the quietest rides of any SUV available. It should be noted however, that engine noise from the two V8s intrudes into the cabin, especially during hard acceleration, and some have found this less than pleasant.

Long-distance driving is severely hampered by a trifecta of tribulations, namely an almost total lack of rearward visibility, uncomfortable seating, and gauge markings that leave older drivers straining. Other than those complaints, the controls of the Commander are well-placed and intuitive, and the styling has been well-received by both reviewers and consumers in years past.

Interior materials and design are attractive and suited to the individual trims, with the Sport looking tough but not spartan and the Limited and Overland’s additional leather and trim accents providing the right amount of upscale quality to delineate them from their more rugged brother. There’s plenty of space up front all around for entry, exit, and just plain sitting, but the rear is cramped when it comes to legroom. The third row should be left to children and other pets, but the theater-style seating is a novel feature.

Cargo room, both in the rear and the cabin, is quite plentiful, although hampered by the optional third row of seating. The Commander is tall, and that makes loading from the rear a chore, but not obstructively so.

Overlands enjoy a wood and leather steering wheel and a powered liftgate in addition to the features on the Limited.

All Jeep Commanders come standard with dual front, side, and side curtain airbags, rollover deployment, four-wheel antilock disc brakes with brake assist, anti-skid and traction control, as well as a tire pressure monitoring system and a rear obstacle detection system. NHTSA crash test results scored five stars for both driver and passenger front impacts, but have not been released for side impacts in 2009. Rollover and rollover resistance both scored three stars.

Smooth suspensions and transmissions are marred by uncomfortable seats, an almost total lack of rear visibility, and hard-to-read gauges. Still, the Commander is quiet, refined and dignified, with more than enough power to haul personnel, parcels, and playthings.

What's your take on the 2009 Jeep Commander?

Clyde I am 70 years old and find the gauges very easy to see and read, the seats are exceptionally comfortable especially on long trips, and rear visibility is fine if you use your mirrors and backup camera. I have really enjoyed my Commander.

Have you driven a 2009 Jeep Commander?
Rank This Car

Hello I have a Jeep 3.7 L it stopped on me back in June all the lights on the dash comes on even the beeping noise when the key is left in the ignition but as I crank it won't make a noise it doesn...

I have a 2009 Jeep Commander that's just over 200K miles, and it went into safe mode and had to get towed home. Can my car be saved? Looking for mechanic diagnose and possibly to repair/replace engi...

I recently bought this Jeep commander and I absolutely love it shortly after buying it a chickens and light came on. I did the OBD II sensor reading and got a P 0058, HO2S Heater Control Circuit H...

Will the Commander 4x2 hold a 6-foot cabinet with the back seats down?