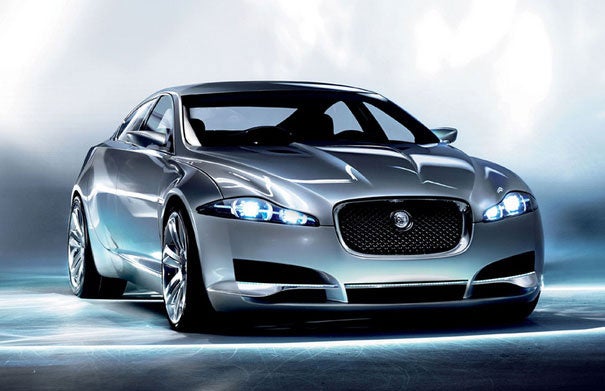 Available in five trims, the 2009 Jaguar XJ-Series remains the flagship of the Coventry company. These four-door luxury sedans maintain a classic tradition and styling as a carryover from 2008. The Jaguar interior is refined, classic, and defined by a juxtaposition of leather stitching and wood trim. Soon to be revamped, the 2009's exterior is made entirely of aluminum, giving it slightly better gas mileage and aerodynamics, according to Jaguar.

The XJ8, the base trim, carries a six-speed automatic paired with a V8 engine that produces 300 hp. Surprisingly enough, the EPA estimates that it gets 16/25 mpg (city/highway), which is on the economical end of the luxury spectrum. For more legroom and the most rear headroom in class, the XJ8L adds 5 inches of wheelbase to the XJ8. Aside from that, there isn’t much difference between the two trims.

As price goes up, so do features, as the Vanden Plas throws in lambswool rugs, Peruvian boxwood inlays, and an entertainment system on its extended frame. The backseat also comes with fold-down picnic trays, not unlike those on an airplane, suitable for a laptop.

The XJR adds some power, 100 hp specifically, and boasts a 4.2-liter, 400-hp supercharged V8. A sport suspension and brake package defines the sport trim, while Jaguar also adds radar-powered cruise control, which adjusts speed according to the traffic density.

If you want to have your cake, and eat it too, the XJ Super V8 is essentially a fusion of the Vanden Plas and the XJR, combining sport and entertainment upgrades. Its rear multimedia system has two 6.5-inch screens on the back of the headrests, and the rear bench seat has six-way automatically adjustable controls.

All XJ-Series trims have dual front and side airbags, as well as side curtain airbags for both front and rear.

Users ranked 2009 Jaguar XJ-Series against other cars which they drove/owned. Each ranking was based on 9 categories. Here is the summary of top rankings.

Have you driven a 2009 Jaguar XJ-Series?
Rank This Car