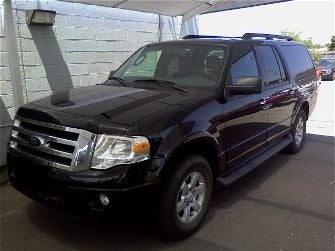 The 2009 Ford Expedition and Expedition EL are big and bold, comfortable and road-worthy, roomy and loaded with standard safety and convenience features.

Vehicles the size of the ’09 Expedition and Expedition EL use a lot of gas, don’t come cheap, and are beasts to park. 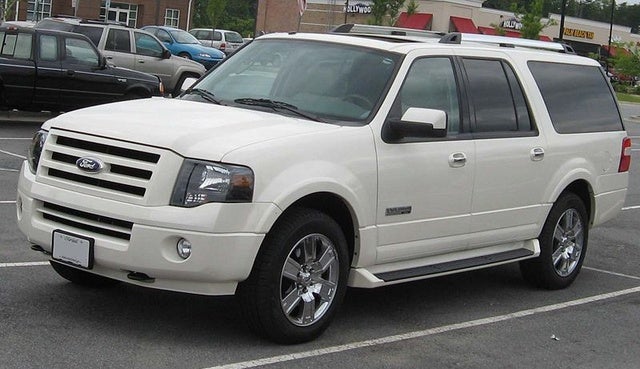 The five-door, five- or eight-passenger 2009 Ford Expedition is relatively unchanged from ’08, when the rear backup camera, available power-folding running boards, and the King Ranch trim were introduced. More power (an extra 10 hp), and Flex Fuel capability are among the features new for ’09. With four trim levels and two sizes, the ’09 Expedition is sure to appeal to anyone in the market for a big, feature-packed SUV. As Ford's largest SUV, however, the Expedition won’t win any prizes for fuel economy or parking efficiency. The Expedition EL (Extra-Length) adds 12 inches of wheelbase and 15 inches overall to an already impressively sized vehicle, and, let’s face it, probably won’t fit comfortably in the garage.

For ’09, the Expedition and Expedition EL are available in the base XLT, Eddie Bauer, Limited, and King Ranch trims. All are additionally available in either rear-wheel-drive (RWD) or four-wheel-drive (4WD) configurations. All 4WD trims include a low gear and limited-slip rear differential for off-roading.

Reviewers and owners find the ’09 Expedition, designed to compete with the Chevy Suburban and GMC Yukon, a spacious, uncommonly refined, and adequately powered SUV that, when properly equipped, can tow 9,200 pounds while carrying the whole family to their favorite camping area safely and comfortably. The ’09 Expedition was voted a “Best Buy” by ConsumerGuide Auto. 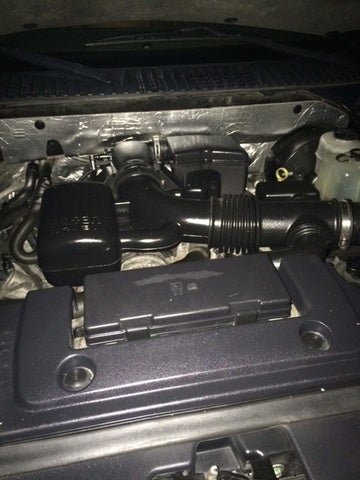 Only one engine and one transmission are available for the 2009 Expedition, but both are eminently capable. This combo consists of a 5.4-liter V8 and six-speed automatic transmission with overdrive. The 5.4-liter puts out 310 hp at 5,100 RPM and 365 lb-ft of torque at 3,600 RPM and, new for ’09, is designed to run on E85 ethanol gasoline. The EPA estimates mileage for all RWD Expedition trims at 14/20 mpg. EPA figures are not available for 4WD Expedition trims. For ’09, all Expedition and Expedition EL four-wheel-drive trims are equipped with on-demand, electronic hi-lo 4WD and auto-locking hubs.

The ’09 Expedition and Expedition EL XLT and Eddie Bauer trims each ride on 17-inch wheels with all-terrain tires, while the Limited and King Ranch trims feature 18-inch all-weather tires.

Virtually all reviewers are impressed with the refined, well-mannered handling and ride of the ’09 Expedition, with the Expedition EL even better able to cope with bumps and potholes. Solid steering, little corner lean or nose-plowing, and other than some noted wind noise, a quiet cabin make for a placid ride. Of course, with its added 15 inches of overall length, the Expedition EL is best driven clear of tight spaces.

All professional reviewers and owners are delighted with the amenities offered in the 2009 Ford Expedition lineup. Most reviewers do note, however, a disappointing lack of polish to many of the interior plastic surfaces.

The 2009 Expedition boasts one of the more spacious cabins on the market, with plenty of comfortable seating, at least in the front and second rows. The Expedition offers ample storage pockets and cubbies and 108 cubic feet of cargo capacity with the rear seats folded flat.

Creature comforts are certainly not ignored in the ’09 Expedition trims either, with the base, five-passenger XLT featuring such standard comfort and convenience offerings as power windows, locks, and heated mirrors, a six-way power driver’s seat, tachometer and clock, a Class III trailer hitch and wiring, running boards, cruise control with steering-wheel-mounted controls, front and rear air-conditioning, tilt-wheel steering, and a 160- watt audio system including a single-disc CD/MP3 player with six speakers and a radio data system.

The National Highway Traffic and Safety Administration (NHTSA) gives the Expedition and the Expedition EL a solid five stars in front and side impact testing, as well as three and four stars in rollover testing. Ratings were not available from the Insurance Institute for Highway Safety.

All reviewers find the 2009 Expedition one of the best safety-equipped SUVs on the market, and a tribute to Ford's commitment in this area.

Some owners have, however, complained that the ’09 Expedition line needs a tad more horsepower and a dash more torque. Gas mileage is an issue with other owners, though most acknowledge that they know what they’re getting into with this size vehicle. A couple of owners have complained that the center console in the Expedition is a burdensome waste of space that would allow for increased driver and front passenger comfort if it was eliminated.

Virtually all owners agree that the 2009 Expedition offers spaciousness and passenger comfort that is second to none. A few owners have recommended, however, the Expedition EL as especially roomy and well worth its lack of maneuverability in tight places, though others have noted it as being a bit “sluggish” performance-wise.

Price for an ’09 Expedition was an issue for more than one owner, but others are content that the Expedition represents a significant value as opposed to its even pricier sibling, the Lincoln Navigator. Almost all owners are in agreement that the 2009 Ford Expedition is worth the price.

What's your take on the 2009 Ford Expedition?

Ben J The car I was taught to drive in was the Ford 09 limited EL and it is the easiest thing to drive that I have ever driven. It turns in a smaller area then my Honda 93 accord, or my dad's manual F150 (which was the car I learn to drive stick on). For it's size it is VERY agile. The expidition series also has the highest towing capacity in SUV history with the exception of the Ford Excursion (2000-2005). The excursion got axed because the thing made an EL expidition look small. Though while the front of the XP (my nickname for the expidition) is a smooth ride, the back is another story. After about 3 years of extreme use (we reached 100,000 miles in three years and quite a few were spent towing our 33ft camping trailer) the rear shocks absorbers stop absorbing. If you are sitting in the back row (death row or the "fun" row) prepare to get launched into the air with every large bump in the road. The seats are some of the most comfortable that I have ever sat in. The engine and the brakes are both really responsive and sensitive. Parking isn't the pain that everyone says it is (unless your planning on parallel parking and unless you are pro at parallel forget that idea) the difficult part is getting out of the parking space. It is by far my favorite thing to drive. The list of things I have driven to give a comparison are 09 EL expidition, 2002 F150 super cab manual, Honda 93 accord (the only small car I have ever driven), (all the following cars were company vehicles) Ford F-250 years 2005-07 and 10-13, most Chevy truck styles 2000-2007, Dodge Ram 2013.

Have you driven a 2009 Ford Expedition?
Rank This Car

Got 2009 Expedition On The Way To Town The Ac Worked Good Got Back In An Ma...

Went to town ac worked fine got back in press the fan to turn ac up an it stop blowing back ac works good an blows fine? 2009 expedition ford

I Have A 2009 Expedition That Came With A FlexFuel Engine.

My friends say that I should stop using E85 in my 2009 Expedition with the Flexfuel engine. I say that the engine is made differently enough to protect internal engine parts. What do you think?

So I put a relay in to bypass the parking break and when I grounded it out the 8nstrument cluster doesnt work it wont start it wont ding remote start doesnt work and I am not sure where to start bu...