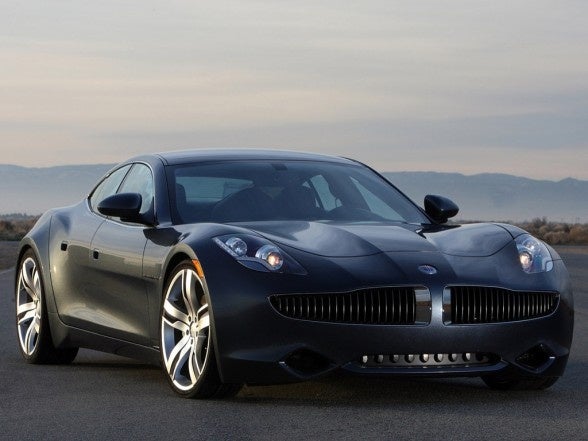 Looking for a Used Karma in your area? 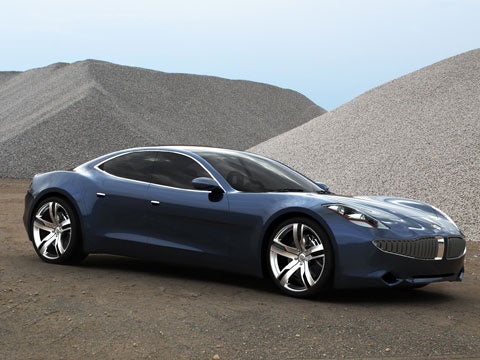 Anticipated since its debut at the 2008 North American International Auto show, the 2009 Fisker Karma will be the first vehicle produced by the “green” American sports car company. The Karma’s hybrid powertrain uses electricity as its primary power, with a turbocharged four-cylinder internal combustion engine (ICE) providing either charging or supplementary power to the Karma’s electric motors, which already produce the equivalent of over 400 hp and almost 1,000 lb-ft of torque. When utilizing “Sport” mode, which employs power from both engines, the Karma can go from 0 to 60 in under 6 seconds. Fisker contends that performance will be only slightly hampered when operating in “Stealth” mode, which pulls power strictly from the electric motors. Regardless, the Karma remains a primarily electric hybrid, with only the electric motors connecting to the rear wheels.

With an overnight charge, the Karma can travel more than 50 miles before switching out of Stealth mode and turning on the ICE, and its total range before requiring a recharge or refuel will exceed 300 miles, without factoring in the optional solar-panel roof, which would further extend the vehicle’s range.

The frame, suspension components, further chassis components and many of the body panels are made from aluminum, all designed to save weight, and the vehicle’s low and wide stance will aid aerodynamics and handling. Inside, four “first class” seats await occupants, in a design that has changed little from the concept seen in January 2008. Standard navigation system and DVD interface for rear occupants are among the wealth of features available, including Bluetooth, Bi-Xenon/LED headlamps and LED taillamps, and 22-inch alloy wheels on low-rolling-resistance tires.

Fisker sells the Karma at a base price of $87,900 and claims to be sold out until mid-2010, although the first vehicles are slated for delivery in November 2009. The first 100 will be specially numbered and signed, and in the exact color and style of the model seen at this year’s Detroit auto show. Blue will be an optional color for 2010.

Have you driven a 2009 Fisker Karma?
Rank This Car

Looking for a Used Karma in your area?