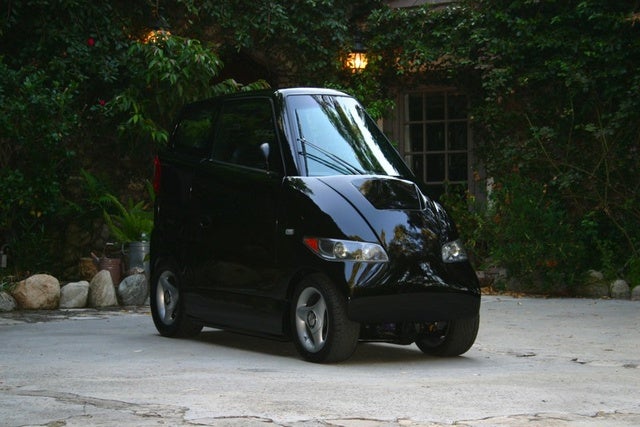 The greatest obstacle facing electric vehicles is one of ethos - logos is all under control. The specs for so many are hard to dispute, with sub-5-second 0 to 60 times and quarter-mile performance that would put anything under $100,000 to shame. What it really comes down to is style and feel - the fact that most electric vehicles simply don’t look or feel like their internal-combustion counterparts. Commuter Cars’ Tango T600 does nothing to combat either issue.

The question, then, is: Does it need to? With specs that include a stainless-steel chassis, a carbon-fiber body and over 1,000 lb-ft of torque, not really. Sure, it looks a bit funky, with its tiny dimensions and tandem seating, but this is really just a visual issue. Safety simply shouldn’t be a concern with a full NASCAR roll cage, a four-point harness, and more steel in its doors than a Ford Excursion. Yes, it looks like it’ll tip over when you close the door, but it has more than 2,000 pounds of weight under the floor, due to the batteries and motors, giving it a rollover resistance rating of five stars from the NHTSA.

The real issue right now is battery life. On a full charge, the Tango can travel around 40 to 60 miles with the standard lead-acid batteries, and up to 150 miles with the optional Lithium-Ions, with an 80% recharge possible in ten minutes from a 200-amp source. That said, with your 150 miles, you can do a 0-60 romp in just over 4 seconds, the standing quarter-mile in just over 12, and achieve a top speed of 135 mph with its 3.86:1 gear ratio. A top speed of 172 can be achieved by selecting a higher gear ratio from its ten optional ones, ranging from 2.92:1 to 5:1.

For anything other than long-distance travel, it’s hard to argue the relative benefits of an internal combustion-powered vehicle over electric. Electric is more efficient, can outperform all but the world’s supercars, and produces almost none of the obtrusive noise that comes along with internal combustion. And there’s the rub. We are man, not machine - not yet. Because of that, there's still a certain joie de vivre to contend with. It’s not enough that we have fun, we want to be reminded of it, and that’s exactly what internal combustion does. 0-60 in 4.5 seconds is impressive no matter how you get there, but somehow it seems quicker when accompanied by eight, ten, or twelve screaming cylinders just barely containing thousands upon thousands of controlled explosions per second. Will we eventually get over this primal fascination with sound and fury? Absolutely. In the meantime, cars like the Tango can silently surpass their rivals, waiting for the rest of us to catch up.

What's your take on the 2009 Commuter Cars Tango?

Have you driven a 2009 Commuter Cars Tango?
Rank This Car

what is my corvair worth