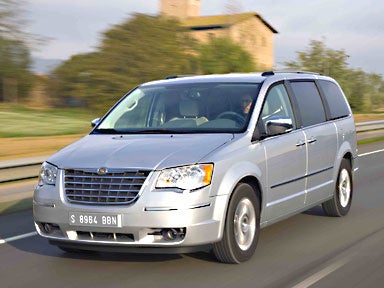 The Town & Country does what a minivan is supposed to do, and does it well, with ample seating, accessibility, and plenty of room.

Swivel 'n' Go is the best Town & Country seating option, unless you really need the second row to disappear into the floor as well. Get the 4.0-liter if you plan to do a lot of hauling or passing.

The 2009 Chrysler Town & Country is a carryover from a redesign in 2008. Front-wheel drive and available in three trim levels - LX, Touring, and Limited - it first arrived on the scene as a top trim level minivan in 1990, a full seven years after the first minivans appeared. 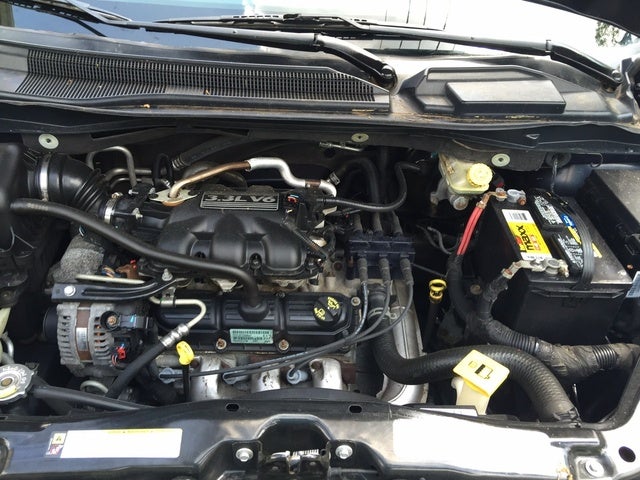 All three trims are front-wheel drive and receive different V6s, running the gamut from “inadequate” to “more than enough.” The 3.3-liter V6 in the LX trim is mated to a four-speed automatic that can be clunky in lower gears. This engine is rated for E85 gasoline, but at 175 hp and 205 lb-ft of torque, it's woefully underpowered for a vehicle weighing almost 4,500 pounds.

The Touring trim gets a 3.8-liter, 197-hp V6 producing 230 lb-ft of torque mated to a six-speed automatic transmission, a first for a minivan. This transmission has been tuned for better fuel economy, resulting in an 8% gain to a rating of 17/25 mpg. The Limiteds get the same transmission mated to their 251-hp 4.0-liter V6, which produces 259 lb-ft of torque and gets the same gas mileage as the 3.8. This puts the Town & Country near the top of the list for efficiency within its market segment.

While the 3.8 has plenty of power, the 4.0 really provides the extra surge needed for passing and climbing hills, although 89 octane is recommended by Chrysler for this engine.

Impressive ride quality is shared amongst all three trims, with almost any kind of bump or uneven surface you’d encounter being absorbed readily. Turning radius is pleasantly tight, especially for city maneuverability.

The Town & Country's brother, the Dodge Caravan, gets a sport-tuned suspension when equipped with the 4.0, however the Town & Country doesn’t get this option. This could be considered a good thing, as the sport suspension, while alleviating issues such as the pronounced body roll and lean encountered with the standard, increases ride harshness dramatically. Be glad you get the cushier of the two in the Town & Country.

Chrysler has been the poster child for flexibility in minivan seating since its inception. With three seating configurations offered, your options are pretty varied. First comes a third-row bench that will disappear into the floor, leaving the rear cargo area wide open. Stow 'n' Go seating provides you with second and third rows that both accomplish the same feat. Swivel 'n' Go has second-row seats that rotate to face backward, toward a table situated between the second and third rows. Even with Swivel 'n' Go, the third row will still fold away for a clean rear cargo area.

As is often the case, cheap materials in the cabin prove a disappointment, especially at this price. However, the dials and controls are overall intuitive and visible. Swivel 'n' Go seats are decidedly more comfortable than their Stow 'n' Go counterparts, but both options are very good. Some have noticed rear visibility problems when both of the rear-passenger DVD screens are in use.

The Chrysler Town & Country has been awarded five stars in NHTSA tests, with the exception of rollover resistance, which garnered a four-star rating. With airbags along the length of the vehicle, four wheel antilock disc brakes with brake assist, traction, skid, and stability control, the Town & Country should get you back and forth in safety.

Touring and Limited versions have an available blind-spot alert system and Chrysler’s “Rear Cross Path” feature, which alerts the driver to any traffic moving toward the vehicle’s rear when the transmission has reverse engaged.

Dual opening power sliding doors for passengers and a roomy interior, coupled with plenty of space and entertainment for hyperactive children or otherwise rowdy occupants, have all made the Town & Country a welcome addition to many families. While interior materials leave a little to be desired, their importance is usually low enough on the priority list to have little effect on enjoyment.

LatinAmericansa ONE OF THE BEST MINIVANS I HAVE EVER OWNED

Users ranked 2009 Chrysler Town & Country against other cars which they drove/owned. Each ranking was based on 9 categories. Here is the summary of top rankings.

Have you driven a 2009 Chrysler Town & Country?
Rank This Car

Is There A Manual Start For 2009 Chrysler Town And Country Using The Metal ...

Today I went to start my car and the light, radio, and a worked but the car wouldn't turn over. The battery and starter tested fine. I replaced the battery in key fob. The buttons on key fob work ...

What Is This Clicking Sound While Trying To Charge The Battery In My Chrysl...

We sometimes have an issue with the driver's side sliding door not closing properly, then the battery dies. I've been charging the battery with a 12V 2 amp/10 amp charger (on 10 amp setting) for a fe...

I have a 2009 town and country. It drove just fine, until I brought it to the dealer for the R03 recall on Friday, June 12th, 2015. Right after that, the engine sometimes shut off at the stop sign o...

power doors are working when engine not running, will not from any buttons when running.

Where do I find a back up camera for my van