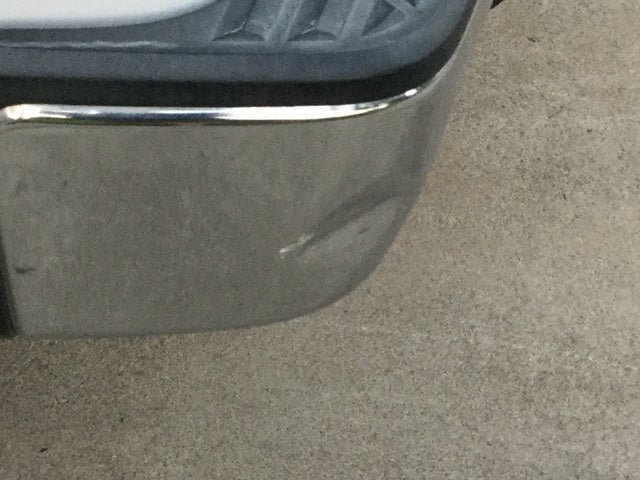 For 2009 Chevrolet’s Silverado Hybrid is the only full-size pickup (save for its nearly identical GMC Sierra cousin) that offers a true dual-mode gas/electric drivetrain. The typical Silverado attributes (comfort, power, a classy interior) are augmented by vastly improved city fuel mileage. Yet while the Silverado Hybrid might take some of the sting out of trips to the gas pump, its overinflated base price (even with tax credits) makes it less of a value proposition than GM would have you believe.

While GM has offered “mild hybrid” pickups for years now (in which an electric motor is sandwiched between the engine and transmission to help with starting, cooling, and air-conditioning duties), the 2009 Silverado Hybrid is the real deal, a full parallel hybrid sized to meet the demands of today’s homeowners and contractors. Using a sophisticated dual-mode system co-developed with Mercedes, BMW, and Chrysler, the 2009 Silverado Hybrid relies on electric drive motors to help power the truck at low speeds. This arrangement pays particular dividends in the city, as the gas engine isn’t solely responsible for getting the heavy truck up to speed between stoplights.

The 2009 Silverado Hybrid is available in only one chassis configuration - a four-door crew cab with a short bed. Both rear-wheel-drive (RWD) and four-wheel-drive (4WD) variants are available, and with payload capacity hovering around 1,450 pounds, the Silverado Hybrid can do more than its share of work. Sitting as it does atop the Silverado trim range, the Hybrid gets a host of standard comfort and convenience features, like dual-zone automatic climate control, Bluetooth, and a leather-clad steering wheel. Outside an optional special graphics package (which trumpets the owner’s commitment to the environment with plaques so large they might be visible from space) and unique chrome wheels differentiate the Silverado Hybrid from lesser, gas-only trucks.

On paper the concept is laudable; GM has improved both the efficiency and image of its most popular model. Indeed in the city the Silverado Hybrid RWD can deliver 21 mpg, which is stellar for a large truck. In reality, however, the overwhelming complexity and eye-watering cost of the hybrid system largely outweigh its fuel-economy gains. In addition to the added cost (over $40K with 4WD), one must consider the additional energy expended on manufacturing the complex battery bank in the total estimation of the Silverado Hybrid’s value. All but the most environmentally conscious among us would likely be better served by a much cheaper gas-only Silverado. Those who drive in the city often should also consider a diesel that not only improves fuel mileage but also pays great dividends in durability and longevity, something the new and unproven Silverado Hybrid cannot claim.

For 2009 all Silverado Hybrids are powered by GM’s newly developed two-mode hybrid system. In some ways this advanced system even outclasses the technology offered by perennial hybrid leader Toyota, as it integrates the electric drive system within the gearbox assembly. Two 80-hp electric motors are squeezed into a lengthened gearbox unit that also contains a four-speed automatic transmission. Whereas most hybrids feature a light but efficient belt-driven CVT (continuously variable transmission), the Silverado’s gearbox is essentially a normal, planetary-gear automatic with variable ratio capability. This proven type of system allows the heavy Silverado to handle a big payload or tow a trailer with a minimum of drama.

The fossil-fuel side of this drivetrain is GM’s stalwart 6.0-liter gas V8. As the largest gas engine in the half-ton Silverado range, the 6.0-liter delivers 332 hp and 367 lb-ft of torque. The big V8 benefits from GM’s cylinder deactivation feature, which allows operation on four, rather than eight, cylinders as conditions allow. The Silverado Hybrid also gets regenerative braking, in which the electric motors reverse direction and charge the battery as the vehicle is stopped.

The Silverado Hybrid’s performance is decent, if not as sprightly as some had hoped. 0-60 times hover in the 9-second range, about equal to less-powerful (but significantly lighter) 4.8- and 5.3-liter gas Silverados. Its 21 mpg city rating is a significant 6-mpg improvement over gas trucks, but given the substantial price premium, one would have to do a lot of driving before the Hybrid made economic sense.

One unanswered question deals with durability. While GM and its partners have undoubtedly developed and tested their system extensively, it remains to be seen how the complex components will hold up in real-world duty; after all, not many Prius owners tow trailers or haul a load of bricks. Perhaps anticipating this issue, GM will back up all Silverado Hybrids with an 8-year/100,000-mile warranty on certain hybrid components.

Overall, the Silverado Hybrid is easy to maneuver in town and comfortable and smooth on the highway. The electric power steering requires only the lightest of touches and is no more devoid of feedback than most other trucks. Regenerative brakes can be difficult to set up properly, yet GM has done an excellent job on the Silverado Hybrid; stops are quick and confident with good pedal feel. There is, however, a pronounced lack of smoothness in the drivetrain; when the accelerator is floored or moved abruptly, the Silverado Hybrid is apt to buck or jerk forward. This trait is likely a result of its complex gearbox juggling gas and electric power at the same time, and it unfortunately mars what is otherwise a pleasant driving experience.

Among big pickups the Silverado has received rave reviews for its sleek, modern interior. The 2006 platform update ditched GM’s corporate, plastic-clad interior for an all-new look featuring soft-touch vinyl, available wood-grain accents, and import-quality panel fit. The symmetrical dash places all controls within easy reach, though some traces of cheapness remain in the operation of the switchgear. The driving position benefits from multi-adjust seats that are quite comfortable.

The crew cab configuration provides generous space for both front- and rear-seat occupants. Plenty of elbow room is available, and headroom is excellent. Storage spaces abound within the Silverado Hybrid’s interior, and the rear seat even folds down for more carrying capacity.

The equipment list for the 2009 Silverado Hybrid is extensive, in keeping with its high base price. Standard power accessories and automatic climate control provide fingertip convenience, while the single CD stereo offers both XM satellite radio and MP3 playback. The step-up HY2 package includes a host of additional niceties like heated leather seats, rear parking assist, and a Bose stereo with GPS navigation system.

GM has placed a high priority on occupant safety, and the Silverado Hybrid benefits from that commitment. Front, side, and curtain airbags are standard, along with such modern electronic aids as vehicle stability and traction control. Antilock brakes are standard, and GM’s OnStar crash-notification system provides an extra measure of security. In NHTSA government testing the Silverado Hybrid earned five stars in front and side impact tests, the highest possible score.

Though little information is available on what is essentially an all-new model, some owners have reported excellent experiences with their Silverado Hybrid. One particular report indicates that with conservative driving techniques, higher mileage, on the order of 25 mpg city, is possible. Some buyers have criticized dealers for not being well informed about the hybrid drivetrain, but this is likely to improve as the model gains more market share.

What's your take on the 2009 Chevrolet Silverado Hybrid?

Have you driven a 2009 Chevrolet Silverado Hybrid?
Rank This Car